Frances Mirabelli has resigned from the position of ProVision Chief Executive Officer (CEO) after just six months in the job. 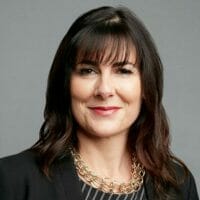 Ms Mirabelli was appointed CEO in February this year, following the departure of Steven Johnston who was in the role for 10 years.

In a statement issued on 1 August, ProVision Chair Ian Bluntish said that since her appointment Ms Mirabelli had worked to reinvigorate ProVision’s strategic direction and to re-engage with members following pandemic lockdowns.

He stated, “The Board of ProVision has today, however, informed Frances that it had reviewed the position within the six-month probationary period of her employment contract.

“It was felt that continuing in the CEO role was not the best way forward for either Frances or the organisation.”

“Following these discussions, Frances decided to tender her resignation, which the Board accepted.

“It was felt that continuing in the CEO role was not the best way forward for either Frances or the organisation.”

“We wish Frances well in her future and will now continue our search for a new CEO.”

Tony Jones, who has worked with ProVision for ten years and is currently Merchandise Manager, has been invited by the Board to assume the CEO role in an acting capacity until a new CEO is appointed.