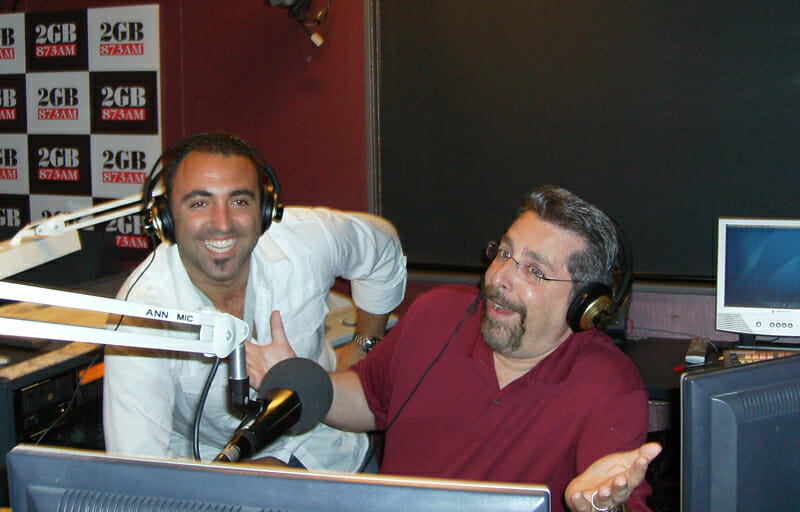 Dr. Art Epstein appeared on Allan Ared’s ‘All About Eyes’ radio programme on 2GB in April as part of a busy whistle stop visit to Sydney before heading back to Europe for a series of talks. Dr. Epstein has been on an international speaking roadshow, taking him from several Asian countries through to New Zealand and then to Sydney where he dropped in to 2GB to talk to callers on various eye care topics.

On the show he also discussed the similarities and differences of optometry both here and the U.S. and cracked a few jokes. It was Art’s third visit to Australia accompanied by his wife Dr. Shannon Steinhauser OD.

Dr. Epstein is the chief medical editor of Optometric Physician (a weekly e-journal) and has written more than two hundred articles, book chapters and scientific papers. He is an internationally recognised contact lens specialist and an acknowledged expert on the medical complications of contact lenses and corneal disease.

The night before he was on 2GB, Art spoke on lens care to about 160 optometrists at Watersedge in The Rocks, then backed that up, the night after the show with a lecture at the University of NSW.

The All About Eyes radio programme on 2GB is Australia’s longest running talk back eye programme. The show has been rated Number 1 in its timeslot for 10 years. The show is hosted by Sydney optometrist Allan Ared who begun his moonlighting broadcasting career in 1999.