Connect with:
HomemistoryGrandma Not the Only One Unhappy
mistory
author: Norm Lipson

Grandma Not the Only One Unhappy 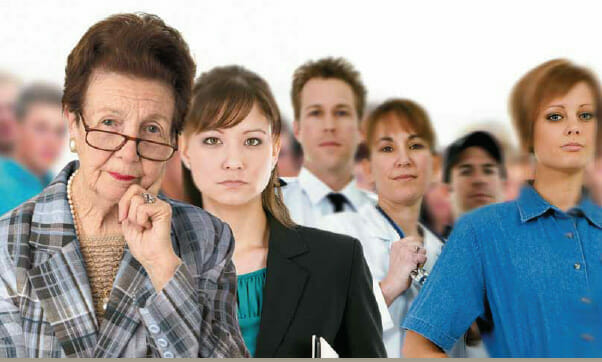 From this month, the Federal Government has taken a step which is a threat to the eye health for many Australians and is vehemently opposed by all eye health professionals in the nation. By now, just about all of Australia is aware of the high profile and aggressive ‘Grandma’s Not Happy’ campaign waged against the proposed cuts to Medicare rebates for cataract surgery.

In fact, so determined is the Federal Government to continue its bloodymindedness on the issues that it has engaged in a highly insulting YouTube campaign accusing ophthalmologists of being greedy money-grubbers.

Dr. Russell Bach, President of the Australian Society of Ophthalmologists (ASO) retorts by saying: “The reason they’ve taken the insulting line of painting ophthalmologists as being greedy is they’ve got no other good reason to actually justify the decision they’ve taken; so they’ve resorted to the oldest trick in the book and that’s to say that doctors are greedy”.

The Australian Society of Ophthalmologists (ASO) has been inundated with emails and telephone calls from members of the public following the launch of its ‘Grandma’s Not Happy’ radio advertising campaign, which calls for a reversal of the Federal Government’s decision to halve the Medicare rebate for cataract surgery.

The campaign is a joint initiative of the ASO and the Independent Ophthalmic Network and is a series of hard-hitting ads being run on radio stations throughout the nation.

The campaign was becoming so successful and had whipped up so much feeling within the community as well as the eye care professions that the Government together with the Australian Labor Party retaliated with a hostile counter attack by posting a video on YouTube accusing eye specialists of waging a “dishonest scare campaign” simply to protect their incomes.

The accusations of “greed” by the Government hit the mainstream media with headlines in The Australian screaming “Labor ad takes on ‘gouging’ surgeons” and in the Fairfax newspapers “Labor lambasts eye specialists with YouTube video”.

According to the Fairfax press, Labor’s online strategy reflects concern within the Government that the campaign by the eye specialists – who have been linked with the Council of the Ageing – is damaging its bid to shift spending from expensive doctors to more pressing health areas.

The Health Minister, Nicola Roxon, has already compromised on cuts to Medicare payments for fertility treatment and macular degeneration and faces a Senate block to the cataract changes.

The ALP national secretary, Karl Bitar, said the Government needed to make savings to restore the health system after years of neglect. “We are not going to sit back and let the Society of Ophthalmologists run a deceptive scare campaign, unfairly targeting seniors in our community.”

But medical leaders were unrepentant. A senior ophthalmologist, Bill Glasson, declared: “Our fees will not go down. The patient will pay increasing gaps and services will be closed.”

The President of the Australian Medical Association (AMA), Andrew Pesce, said the YouTube video was “a blatant ideological slur on doctors” and called on Ms. Roxon to ‘”distance herself from this ad by condemning it as political propaganda'”.

The former Health Minister, Tony Abbott, said the campaign showed how cashed-up the Labor Party was that a year out from the election it was mounting an internet campaign to attack third parties.

The advertisement entitled ‘Facts on Cataract Surgery’ concludes, against a soundtrack of ringing cash tills, with “the campaign … is about a few specialists who can’t see beyond their own financial self interest”.

“But it may also be designed to change the positions of independent senators Nick Xenophon and Steve Fielding, who earlier this month said they would side with the opposition in a disallowance motion in the Senate to prevent the rebate cut going through. If either of the two independent senators sides with the opposition, the regulations introducing the cuts will fall.”

The Government says new technology has allowed the operation to be done much more quickly and cheaply than before and the old rebate is no longer justified.

But ophthalmologists counter that the cataract surgery rebate has already been slashed on previous occasions, and cutting it further will force patients who can afford it to pay more for their surgery through bigger out-of-pocket bills. They warn that those who cannot pay the hundreds of dollars’ difference between the new rebate and the doctor’s fee will be forced into the public system where they will have to wait longer for treatment. One angry response has come from New South Wales with cataract surgery in remote areas of the State is in doubt after more than 50 eye surgeons threatened to stop operating on public patients in protest against cuts to the Medicare rebates.

The outback eye team, run by the Prince of Wales Hospital and inspired by Fred Hollows, has been travelling to outback NSW for 14 years to treat patients with eye problems, but fears it might have to stop offering cataract surgery after a decision by the Federal Government to halve the Medicare rebate.

The Sydney Morning Herald reported that the threatened ban by ophthalmologists, which will affect thousands of people, most of them elderly, is expected to cause a massive blow-out in hospital waiting lists, already about two years in some country areas. But eye surgeons are furious, saying they are being expected to perform life-changing surgery for the price of a pair of spectacles.

“It’s most certainly worth more than AUD$300. I think the Federal Government will find a lot of surgeons will take their bat and ball and go home,” Orange eye specialist Dr. Basil Crayford said. He said many eye surgeons would withdraw their services for emergencies at public hospitals and patients unable to travel to Sydney or Newcastle for treatment would go blind.

Dr. Russell Bach said doctors treated patients in western NSW because they saw it as part of the Australian tradition of community service. “But if the Government won’t come to the party and give these guys a reason to go out there, they’ll stop. We will survive, but the patients will suffer and that’s why we are making a noise,” Dr. Bach said.

“These are people who cannot see and it’s an operation which can give back their independence. You can’t blame the doctors. They are so demoralised they are walking away from the system,” she said.

The outback eye team, which has six ophthalmologists, travels with the Royal Flying Doctor Service to centres such as Bourke, Brewarrina, Walgett, Broken Hill, Griffith and Lightning Ridge.

The Federal member for the local electorate Calare, John Cobb, said cataract surgery made up about ten per cent of its work, but a cut to services would severely affect residents.

“Already our country eye surgeons accept a discounted fee for their work. This move to cut their pay by half means it will be unviable for them to work in the public health sector,” he said.

A spokeswoman for NSW Health said it had no plans to subsidise the money ophthalmologists would lose when the rebate cut came into force, but the situation was being considered.

According to Shadow Health Spokesman Peter Dutton, a recent Australian Medical Association (AMA) survey (see breakout story) showed the public hospital system would be stretched beyond its limits was even more reason for the Federal Government to “drop its harsh proposal to halve the Medicare rebates for cataract treatment. The Rudd Government appears determined to make people, mostly senior Australians, pay hundreds of dollars more for cataract surgery as it seeks Budget savings to pay for its reckless spending”.

He called on Health Minister Nicola Roxon to abandon the cuts “which were causing great anxiety” to those who need cataract surgery.

“The AMA survey refutes the Rudd Government’s basis for slashing these rebates and the worrying issue that emerges is that a significant number of ophthalmologists say they will no longer be able to afford to treat public patients. That means that more people will have to wait longer or even miss out on treatment that restores their eyesight, enabling them to remain independent and enjoy a good quality of life,” said Mr. Dutton.

Mr. Dutton added that if the Government went ahead with the rebate cuts, the Coalition with the support of independent Senator Nick Xenophon and Family First Senator Steve Fielding would disallow regulation to implement the Medicare rebate changes when they were presented to Parliament.

The AMA has also launched a scathing criticism of the “unfair and ill-considered” plan. It is concerned that patients may be forced to put off surgery to restore their sight, resulting in falls, possible fractures and depression.

The Royal Australian and New Zealand College of Ophthalmology (RANZCO) says that as the population ages, potentially every person in Australia will eventually develop cataracts and untreated cataracts are the leading cause of blindness in the world.

It points out that poor vision, as a result of untreated cataracts, can result in a greater risk of falls and fractures, social isolation and depression and the loss of ability to perform everyday activities. At least 120,000 Australian’s each year now have surgery which involves the removal of the cataract and the implant of a sight-restoring lens.

The result is dramatic. In more than 98 per cent of cases there is an almost immediate return to normal vision, but, if implemented, the Budget decision will cut the Medicare benefit in half, from about AUD$623 to AUD$312, making this vital surgery unaffordable for most pensioners and those without private health insurance.

Poke in the Eye for Pensioners

“Fee-free access to cataract surgery will remain available to veterans, but pensioners and others on low incomes will have to pay hundreds of dollars extra for their treatment,” said Antoine Mangion, Combined Pensioners and Superannuants Association (CPSA) Policy/Research Officer.

“The Government argues that this cut will prevent surgeons from rorting the system by charging excessive fees. However, the rebate cut will do far more than clamp down on a few rogues. It will prevent many surgeons from carrying out cataract surgery and result in potentially thousands of people on low incomes losing their eyesight.”