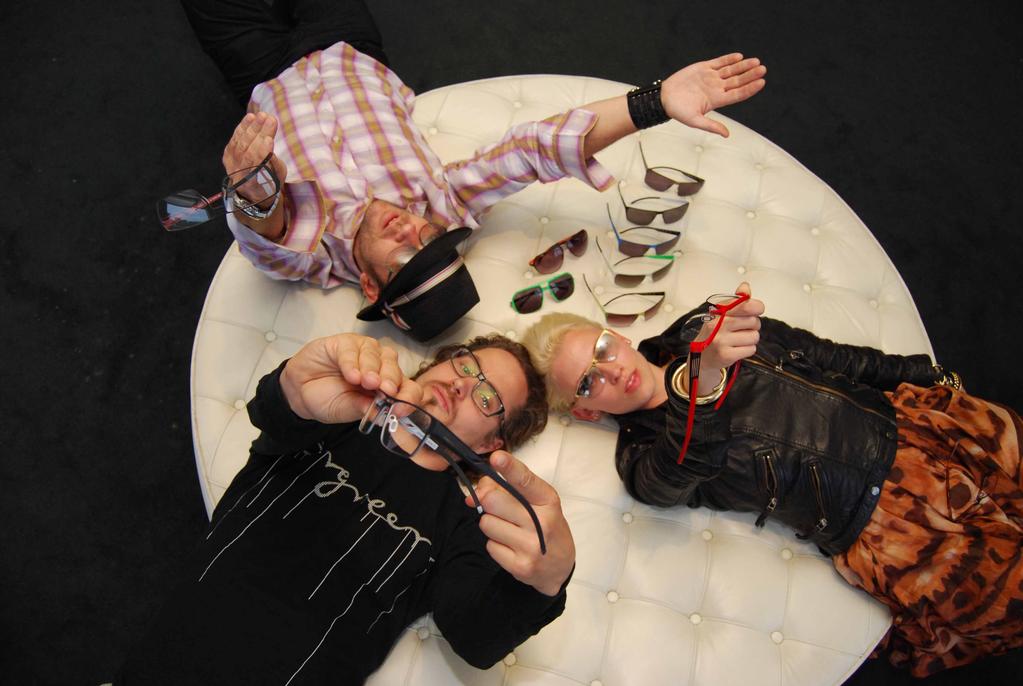 Super-cars? Yep, that’s right… talk centred around the classics like the Corvette, Lincoln Continental and the Thunderbird … from here Orgreen have borrowed inspiration for the latest collection of frames. Think the distinctive, bold prestige of a Corvette transformed into eyewear.

Denmark’s Orgreen Optics has found surprising success in 42 countries. Surprising because not one of the three designers – Henrick, Gregers and Tobias Wandrup (not in attendance) – has any training in optics. Their focus has purely been on design. He started manufacturing sunglasses in Denmark but they weren’t too successful back home as the sun rarely shines in Denmark. Leaving his day job Henrick convinced his friends on one of those rare sunny days in Denmark that they should form their own sunglass company.

Henrick then sold his apartment and borrow money from everywhere with the intention of repaying when successful. Three years later the real breakthrough came when Orgreen broke into optics. Unlike sunglasses, they weren’t season dependent. And from this change the company’s success was born. The company favours innovative colour combinations on edgy, titanium frames. One of our faves was a lime green and black pair with the Copenhagen skyline cut into the side.

Put these on and even Mr Bean would look cool.

Specsavers Strike While it's Hot