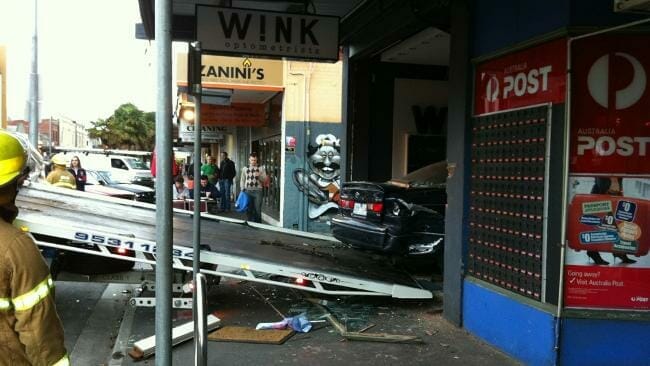 Soul singer Renee Geyer drove her car through the window of an optometrist’s practice on Melbourne Cup day, Tuesday 2 November.

When the veteran singer dropped her coffee on the pavement she thought she was having a bad day. She then got into her car, hit the accelerator and backed into another car before smashing into the Wink Optometrists practice.

Fortunately, with Melbourne Cup celebrations well underway, there were only a few people in the practice owned by Ms. Jo Twaddel who said no-one was hurt.

News reports claim that Ms. Geyer was reversing out of a parking space when she backed into a car. Instead of putting her foot on the brake, she then hit the accelerator and drove her Toyota straight through the practice window.

There’s no truth to the rumour that she was just dropping in for an eye examination. Ironically her latest album ‘The Ultimate Collection’ features the tune ‘Stares and Whispers’.