Cult Eyewear: An Anthology of Cool 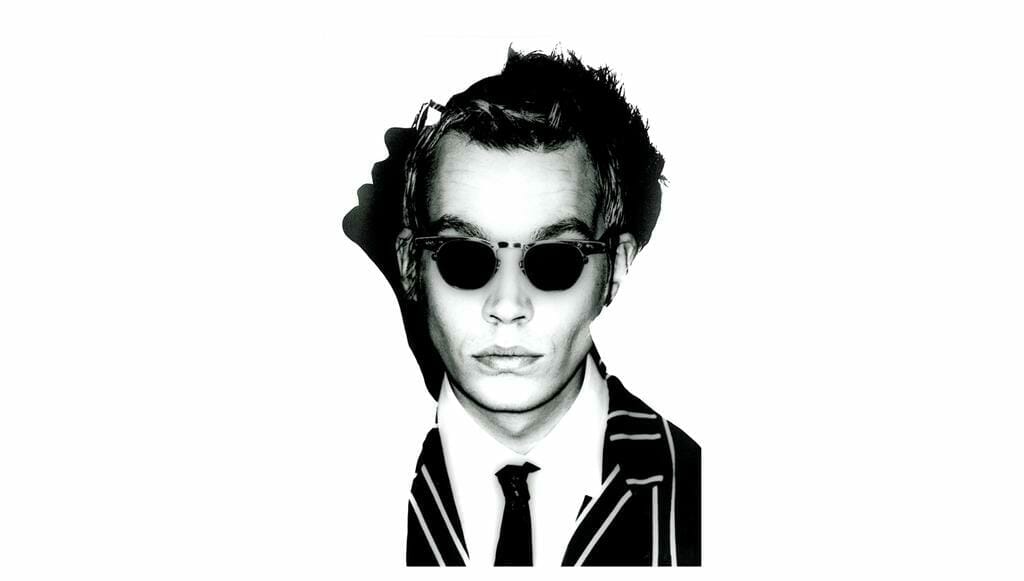 It took historian Neil Handley two years to create the sumptuous coffee table book, Cult Eyewear: The World’s Enduring Classics, which features delicious images from the 1780s to the present day. In the first of a two-part series, Mr. Handley speaks with mivision about eyewear trends, the cult classics, a resurgence of ‘bespoke’ spectacles and, perhaps somewhat surprisingly, the end of the traditional dominance of North American and Western European eyewear brands.

Some would say it is an almost impossible task; trawling through the countless optical and sunglass styles to find the most interesting and desirable ‘cult’ brands.

As the curator of the British Optical Association Museum at the College of Optometrists in London for the past 14 years, Neil Handley, has had plenty of time to develop a specialist knowledge and passion for spectacles.

As an historian, rather than an optometrist, his interest is in the “social impact of developments in eyewear use and fashion as well as their cultural depiction in cinema and literature”. As a result, his 192-page book is filled with evocative images – Steve McQueen in his Persols; Peter Fonda wearing Ray-Bans in Easy Rider – and profiles of bespectacled celebrities such as Elvis Presley, John Lennon and our own housewife megastar, Dame Edna Everage.

I would have loved to feature the Australian brand of Martin Wells. Maybe… a follow-up volume?

Q: What prompted you to write the book?

A: I was approached by the publisher to contribute to an existing series. In some ways I wanted it to be a guide book to my museum since so many of the featured frames are from the collection in London, but it was necessary to fall in with the pre-existing ‘Cult’ series format. The first book in the series was on Cult Watches and my contribution, Cult Eyewear, is the second.

So instead of being yet another general history of spectacles (of which there are several books, many of them littered with mistakes and inaccuracies) it is a book that identifies which eyewear
brands developed a cult following at any period of their history… which may not be the whole of their history since cult status can be both won and lost. It can also be regained…

My book opens with an account of the oldest established eyewear brand, C.W. Dixey, which can be traced back to 1777 but which has just launched its first new range in several decades based upon the iconic spectacles of Sir Winston Churchill.

Another chapter is about Kirk Originals, which is officially celebrating its 20th anniversary as a brand this year but actually had a previous existence as ‘Kirk Brothers’ dating back as far as 1919, which has an equally exciting story of innovation in design, colour selection and marketing.

Q: It took you two years to write the book, how did you track down all the images?

A: The choice of featured brands was partly dictated by the availability of suitable images of sufficiently high resolution, however I was able to fill some of the ‘gaps’ by borrowing examples of vintage frames from private collectors and having them photographed especially for the book.

I’m particularly pleased that an unusually high proportion of the illustrations in
Cult Eyewear have not appeared in a
book before.

Q: Taste and fashion are obviously extremely subjective. What has been the response to your list of cult brands? Have people been upset by particular inclusions or omissions?

A: At no point did I suggest these should be considered the ‘top’ cult brands. They are all brands about which an interesting story could be told (which is far from being the case in respect of some of the biggest names in the industry) and were selected to represent the full sweep of history from the 18th century to the 21st.

The brand either had to have a genuine heritage in the eyewear business, or if it was a more recent brand, it had to offer something genuinely distinct and innovative that I could reasonably
predict may still have resonance in decades to come.

I would also say that with such a wealth of material to choose from the process of editing the content for publication involved some very hard decisions. There was originally going to be a chapter on Oakley for instance and I would have loved to feature the Australian brand of Martin Wells. Maybe that’s something for a follow-up volume!

Q: In your introduction to the book, you note that the subject matter would have “annoyed many opticians” in times past. How have attitudes to fashion spectacles changed over time?

A: Spectacles were introduced in the face of fierce opposition from the optometry profession who saw it as the slippery slope towards commercialism and a manner of conducting business incompatible with providing a professional healthcare service. This is historical fact.

Probably (and I think I am right in this) most optometrists would today welcome fashion frames as a means of encouraging people to wear the spectacles or protective sunglasses that will help them.

Q: What have been the catalysts for those changes in attitudes?

A: Prominent individuals, many of whom have escaped previous analysis, (such as) the American optometrist Margret Dowaliby who encouraged practitioners to become aware of facial styling and its impact on consumer choices.

Additionally, mass promotion of branded eyewear was a catalyst for new methods of manufacturing.

I interviewed many people who felt that this change has come at the expense of ‘quality’. All of the brands in my book once had a reputation for genuine quality and some still have it, but not all of them have retained that reputation at all times in their history… Today the phrase ‘handmade’ is seldom used accurately but ironically the new cult followings are for craftsman-made frames in limited production runs.

Q: How did you narrow down the criteria for inclusion in the book?

A: It was entirely my personal choice and no brand was able to solicit inclusion or had any say in what was written about them. A very small number of current brand owners attempted to exclude themselves from the book by declining to co-operate with the research although in most instances I was able to write about them anyway.

Q: Is it easier to attain cult status for sunglasses than optical frames, or vice versa?

A: The most famous instances of branding originally concerned sunglasses but, in my research, I kept uncovering a familiar story in which the manufacturers started to offer prescription lenses in those sunglasses and then diversified into optical frames. That said, sunglasses are really an innovation of the 1930s in Europe (and 10 years earlier in the USA) so the early part of my book concerns the period before they were a significant driving force in the industry.

Q: How is it that some of the relatively younger brands have been able to establish cult status in such a short period of time?

A: Some of the newer brands earned a place because of what people, many of whom visit my museum, were saying about eyewear. Many like a product that is quirky, fresh or humorous and will help the wearer stand out. For them, eyewear does not have to be a recognisable brand; indeed they may draw particular pleasure from being asked what make of spectacles they have on.

Other brands featured earned their place on account of innovative marketing techniques (which in some cases may turn out to be of greater historic interest than the frames themselves). I also feature brands like RVS by V because of their self-conscious retro approach, one implication being that to prosper in an increasingly crowded market place you sometimes need to revisit the ideas of the past.

Q: What are some of the more unusual inspirations that you came across while researching this book?

A: I like the idea of J.F. Rey just sitting in his studio overlooking the Mediterranean and being inspired by the sea. I also like the way that Jason Kirk designed a frame in honour of his wife, which went on to win great plaudits. These simple inspirations warm the heart.

Q: In these days of two-for-one deals, and mass-market production, is there still a place for individuality?

A: Yes, but it will always co-exist with the mass market which is subject to its own historical trends. Good design will always be appreciated but it may not always suit people’s budgets or their increasingly busy lifestyles. As they are more likely these days, however, to own several pairs of spectacles, it is likely that their spectacle ‘wardrobes’ will contain a mix of designs, branded or otherwise.

Q: It must have been difficult picking a single image for the front cover. Why Tom Davies?

A: Ironically, for a history book, the publisher selected a cover image from the youngest brand featured. But this shows that history is not a dead subject but one that is living and in which the apparent trends are always switching direction.

Q: Selecting the right frames is often hard. Do you have any tips?

Customers should take their time and take their optometrist’s advice. They should be prepared to shop around being especially mindful that most optical outlets stock only a tiny fraction of the available ranges. In the end customers need to go with their gut feeling as to what suits them and travel, if necessary, to find a stockist.

Q: Any predictions for emerging trends/brands that have not yet achieved cult status, but are likely to?

A: My role has always been to look retrospectively at eyewear. As I’m not in the eyewear business I have no commercial incentive to predict the future, but in my book I do attempt a few suggestions from an historian’s perspective.

I suggest that bespoke design, where customers have much more say in how their frame is made, may become much more common. That’s why I end the book with British designer Tom Davies who is spearheading a trend where specially-trained opticians guide the customer through the self-design process.

I also predict the end of the traditional dominance of North American and Western European brands, highlighting for example the explicitly retro yet unmistakeably modern frames of Turkish entrepreneur Vidal Erkohen. There may even be a move back towards more handmade frames, although these will never be capable of supplying the mass market.

Some themes are ever present, however. Customers will always seek out high quality products while others will be governed by cheap prices. History teaches us that we may be surprised by what people will recall with affection 30 years from now. I only hope that the items I am currently collecting for the British Optical Association Museum will include some of the best of them.

Cult Eyewear: the World’s Enduring Classics, is available from Merrell Publishers. To purchase the book online go to: http://www.merrellpublishers.com/?9781858945095

Cult Eyewear: The World’s Enduring Classics is published by Merrell. mivision purchased its copy of the book for review.