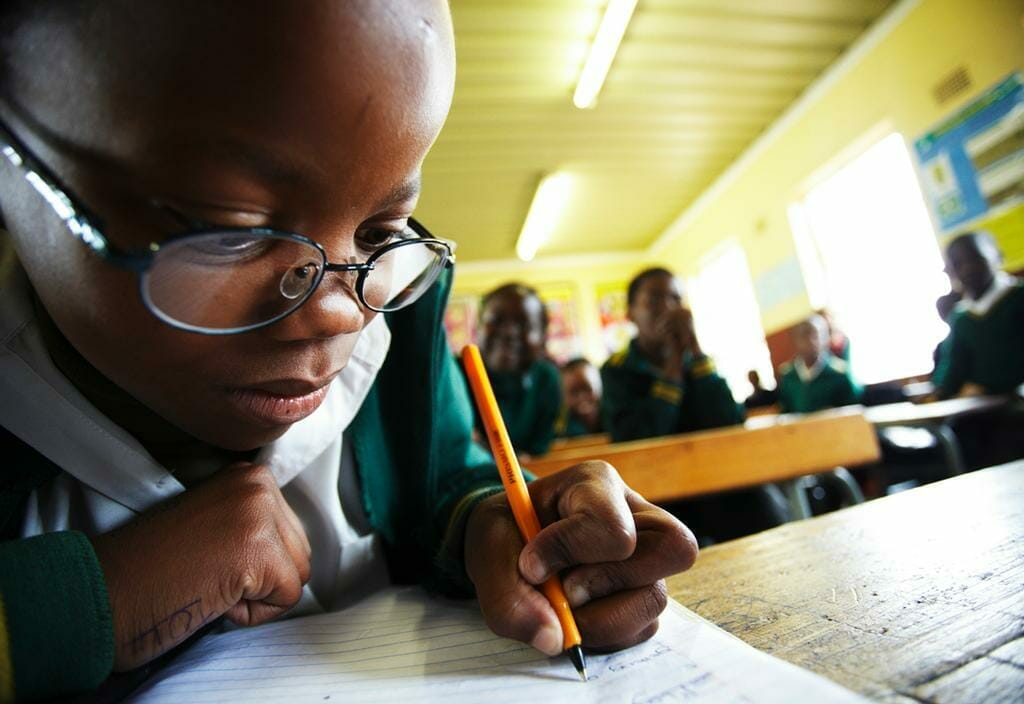 It was back in 1974, when Cyclone Tracy ripped apart Darwin in the Northern Territory of Australia, that Professor Brien Holden and Professor Brian Layland first saw an opportunity to restore sight to those who’d lost everything, including the ability to see.

“People had lost their glasses – they were buried or washed out to sea, so we rode in ambulances and visited hospitals to give them glasses to restore their sight,” said Professor Holden.

Witnessing so many people in one place unable to see clearly, and as a result, faced with an inability to live and work normally, came as a shock. Seeing the compounding problems created for the individual, their dependant family, and on a much larger scale; the nation’s economy, made the two professors realise the problem was bigger than the city of Darwin or indeed Australia – this was a problem of global proportions which needed to be fixed.

The Foundation is an integral part of the Institute’s vision to provide quality vision and equitable access to eye care services for everyone, everywhere…

At that time, Professor Holden had been developing expertise in the area of contact lenses – a relatively new form of vision correction – at the School of Optometry, University of New South Wales. He, Professor Layland, and other collaborators had begun raising funds for further research in this area through the Optometric Vision Research Foundation. In light of their experience in Darwin, they decided to expand the scope of their work.

Over the following years, Professor Holden and Professor Layland, along with other colleagues, initiated several humanitarian organisations to focus on delivering eye care to people in need in Australia and globally. Their work, and the various organisations they founded, quickly gained world-wide recognition, attracted industry funding and international collaborators such as the LV Prasad Eye Institute, India and University of Waterloo, Canada.

It also led to the establishment of the International Centre for Eyecare Education (ICEE) in 1998. ICEE, in turn, created awareness of the massive numbers of people globally that were blind or vision impaired because they had no access to basic eye care, a simple eye exam or the correct glasses.

Speaking of those early days, Professor Holden said, “At that time it was obvious that blindness caused by other eye disease was represented by so many reputable and long standing organisations involved in diagnosis, treatment and rehabilitation. But it become apparent from the work of Dr Gullapalli Rao in India and Professor Hugh Taylor from Australia that there were no particular champions of uncorrected refractive error (URE), the most common condition causing vision impairment and blindness.

“No one organisation was rallying all resources and inviting participation of others for the elimination of avoidable blindness and impairment caused by URE. Worse still was that the numbers were, at first, hard to imagine – hundreds of millions of people without access to an eye examination. No one, at that time, was focused on URE and finding large scale and small solutions for access to eye care, in developing communities and for the poorest of the poor, to address the issue.

“It was not a difficult decision to start seeking out others who were like-minded to address the issue and, in that regard, we have been very fortunate,” said Professor Holden.

In 2010, in recognition of Professor Holden’s outstanding achievements and invaluable contributions to vision care and eye health around the world, the Institute for Eye Research changed its name to the Brien Holden Vision Institute. The Foundation is an integral part of the Institute’s vision to provide quality vision and equitable access to eye care services for everyone, everywhere.

The magnitude of the task and the importance of the work is better understood when you considering
the following:

India is an excellent example of the eye care supply and demand dilemma. It currently has the highest number of blind and vision impaired people in the world, which places an enormous burden on the country’s health care system.

The country has a population of 1.12 billion of which an estimated 456 million require vision correction and there are 133 million – including 11 million children – blind or vision impaired, simply from lack of eye examinations and appropriate spectacles.

India needs 115,000 optometrists to provide necessary vision care to its population. However, it currently only has approximately 9,000.

Given the size of the task and the significant shortfall in qualified eye care specialists, together with a lack of training facilities in India and many other countries, an alternative to traditional training methods needed to be found to enable the delivery of quality eye care to be fast-tracked.

Eye Institute (LVPEI) in India and of the newly named Foundation, was the first to develop a vision centre model that enabled eye care services to be ‘up-scaled’. The model was adopted by the Foundation several years ago and has been implemented in numerous countries around the world.

The model emphasises the creation of sustainable permanent facilities within communities, staffed and managed by locally trained personnel, and linked effectively with successively higher levels of care. These range from ‘vision guardians’ monitoring eye health at a community level, to vision centres serving the primary eye care needs of the community and facilities such as training centres and hospitals for the treatment of complex diseases.

“Everywhere that LVPEI and the Foundation work to address the need for eye care access we are presented with a complex and often unique set of challenges,” said Dr. Rao. “Realistically the vision centre model is not a ‘one-size-fits-all’ solution, as we have seen in some areas of Africa. That said, it has been very successful so far in India and we are seeing centres opening in Uganda, Tanzania, Papua New Guinea, Sri Lanka, Nigeria, Vietnam and other countries where previously there was no affordable and long term solution to the demand for care.

“It’s theory in practice and it’s been a steep learning curve but a worthwhile one which will define us to some extent in future,” he said.

Although the task is still enormous, the future is looking bright and remains in sharp focus, for Professor Kovin Naidoo, Global Program Director for the Foundation. “Recently we have been creating more streams of access and looking to expand how we think about the provision of care,” he said. “We’ve opened a lot of vision centre doors in recent years and expanded other health care system locations, educated a variety of practitioners and built the start of a stream of free online optometric education resources that will continue to roll out in coming years. Now we are looking at empowering more people – activating social enterprise opportunities and advocating for everyone to be involved; funding partners, governments, NGOs and individuals who care to do something about this enormous challenge that we all face. The size of this challenge means we are not alone and the solution requires that we do this together… everyone, everywhere, together.”

The Foundation and Institute will work closely to harness their networks, expertise and resources. Together, they believe, they will achieve much more – ‘much more’ being part of their joint mantra; to find a way to give everyone, everywhere access to eye care.

3. The international dollar (I) is a hypothetical unit of currency with the same purchasing power that the U.S. dollar has in the United States at a given point in time. It shows how much a local currency unit is worth within the country’s borders. Conversions to international dollars are calculated using purchasing power parities. If all the dollars were to be spent in the USA, then I$1 = 1USD.