Jury Still Out On Trachoma Control 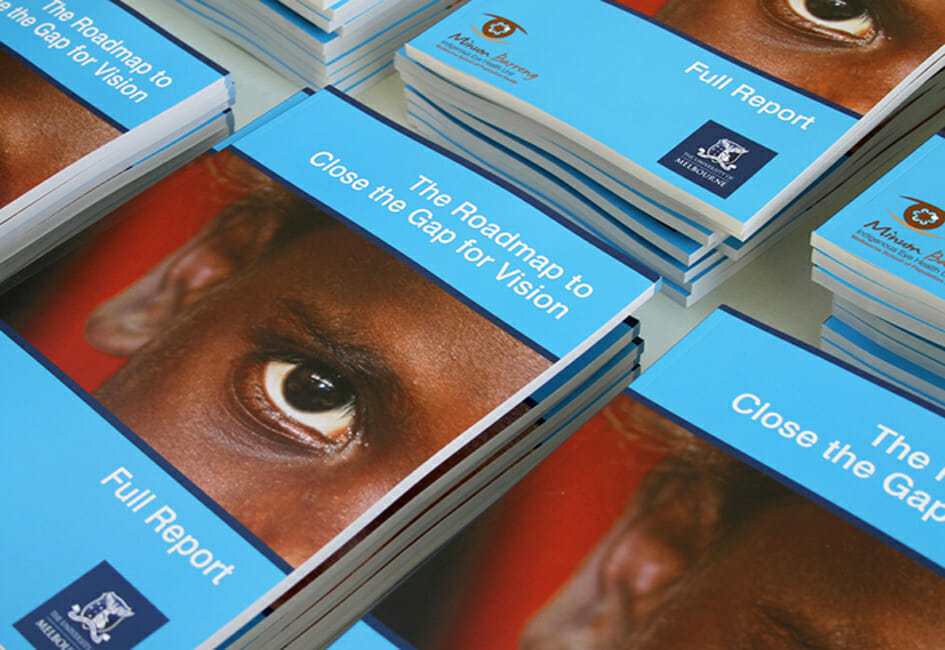 Despite the success of trachoma control programs in Western Australia and Northern Territory, the Federal Government is yet to decide whether funding will be provided to roll the same program out in NSW and Queensland.

“The 2010 trachoma surveillance report shows that over one year in Western Australia, there was a six percentage point drop in trachoma among children aged five to nine, from 15 to nine per cent. Early results from 2011 are showing similarly promising figures for the Northern Territory,” said the Federal Minister for Indigenous Health, Hon. Warren Snowdon MP.

He said the control program has only been implemented in WA, NT and SA because “these are the jurisdictions where we know there is endemic trachoma”.

The incidence of trachoma was highlighted in the 2009 National Indigenous Eye Health Survey (NIEHS), led by Melbourne Laureate Professor Hugh Taylor AC, from the University of Melbourne. The report also found some evidence of trachoma in NSW and Queensland. Mr. Snowdon said that because of this, funding was set aside for trachoma mapping exercises in those states from 2011–13, to determine whether trachoma is present. “If found, additional funds will be provided for control activities.”

Trachoma, a type of conjunctivitis associated with poverty and poor living standards, is just one of many eye conditions suffered by Aboriginal people who live in remote areas of Australia.

Among those over the age of 40 years, Aboriginal and Torres Strait Islander people have six times the rate of blindness of other Australians.

With little access to eye care services, it’s mostly up to volunteer groups of eye health professionals to take the services to the people.

One of these groups is OPSM’s OneSight, which recently sent a team of eye care professionals to the tiny, remote town of Doomadgee in Northern Queensland. The team checked the eye health of 322 individuals – or one third of the population – over two days. Following an initial screening, 127 people were given full eye tests. Of those, 74 people received prescription glasses. A number of cases of Pterygia were identified and most adults aged over 50 were found to be suffering cataracts. Three required immediate referral.

Minister Snowdon said the Federal Government is also working to manage eye conditions such as cataracts and diabetic retinopathy but at this stage, he mentioned only the States of NT and Qld.

“One clear action resulting from the Roadmap is the Australian Government’s commitment of AUD$500,000 to fund an additional 200 cataract surgeries for Aboriginal and Torres Strait Islanders in remote areas in the Northern Territory and New South Wales,” said Mr. Snowdon. “This funding was approved by the Minister for Indigenous Affairs, the Hon Jenny Macklin MP, on 31 July 2012.

The Roadmap to Close the Gap for Vision, was compiled by Professor Hugh Taylor, and Andrea Boudville and Mitchell Anjou of the Indigenous Eye Health Unit, as a result of findings presented in the 2009 National Indigenous Eye Health Survey. Launched in February this year, it contains recommendations to eliminate avoidable blindness from within Australia’s Aboriginal population. Professor Taylor told mivision the recommendations are small steps and could be achieved with funding of just AUD$20 million a year. He said he is hopeful that governments will fully fund the Roadmap because it is a ‘good buy’.

Minister Snowdon said the Government is taking the recommendations seriously.

“In regard to avoidable blindness… the Australian Government is committed to working with all stakeholders in the Indigenous eye health sector to prevent and manage conditions such as cataract and diabetic retinopathy. An example of this is provision of AUD$1.3m to the Indigenous and Remote Eye Health Service (IRIS) for eye health testing and treatment equipment for use by eye health teams in rural and remote areas. IRIS provided 494 services nationally with this equipment in 2011–12.”