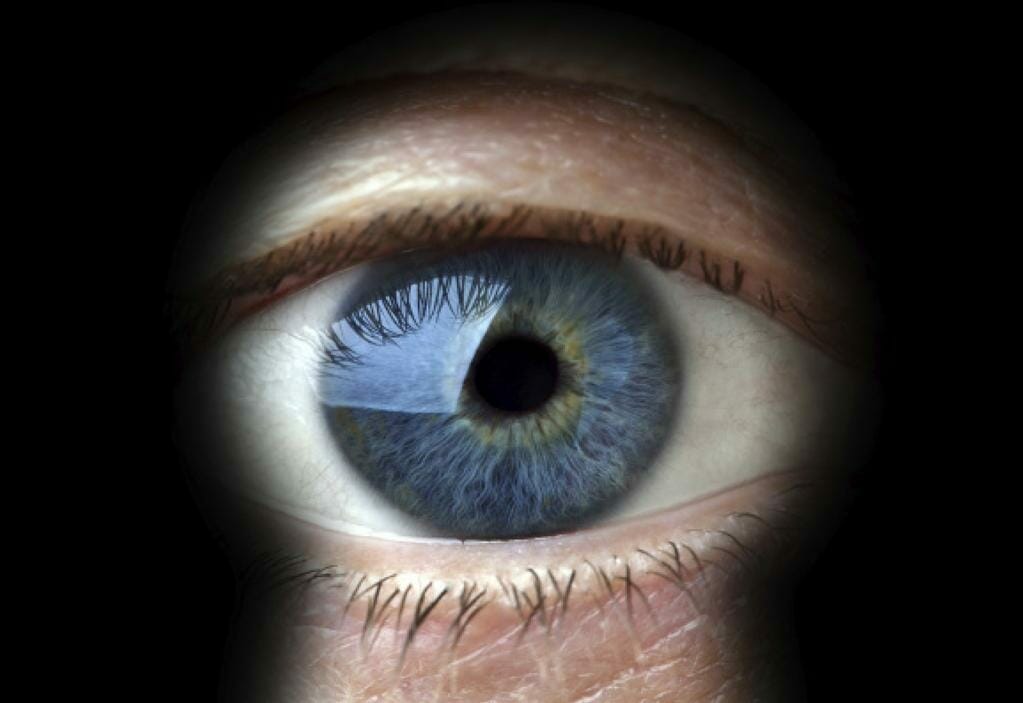 Orthokeratology’s successful use, which has been scoffed at by many ophthalmologists during the past decade and kept alive by the optometric community, presents an opportunity for both groups to unite in addressing the challenge of treating the mushrooming numbers of young myopes, according to ophthalmologists, optometrists and researchers who closely follow developments in this corner of vision research.

The Hong Kong trial, published in 2012 in Investigative Ophthalmology & Visual Science, demonstrated reduced axial growth after two years in children randomised to therapy with ortho-k versus a control group.1

After two years, axial growth was 43 per cent lower in the ortho-k group than in the controls, with the greatest reductions in six and seven year-old children with rapidly progressing myopia, the researchers reported.

Worn overnight, these reverse-geometry lenses are shaped to flatten the central epithelium by eight microns

“I think the evidence shows you can slow the progression. The data definitely are there,” said Dr. S. Lance Forstot, a US corneal subspecialist who uses ortho-k lenses made by Paragon3 as an option for adults and children who usually want to pursue sports or outdoor interests without glasses or contact lenses.

Kate Johnson, an optometrist from Brisbane, who uses overnight contact lenses to slow myopic progression in children, said she hopes the rigour of the Hong Kong study will persuade more ophthalmologists to embrace this therapeutic option and spare children from using topical atropine,
a treatment that is effective but has side effects of photophobia and blurry vision. “I don’t necessarily think we can promise lack of progression in every patient,” said Ms. Johnson, who is pursuing a doctoral degree. “But to ignore the wealth of the evidence, and to continue to prescribe the same thing — stronger and stronger glasses — is not evidence-based medicine.”

Modest inhibition might be adequateEven a modest slowing of progression due to contact lens therapy might help children avoid high myopia and the sight-threatening risks it carries, according to Patrick J. Caroline, an associate professor of optometry at the Pacific University College of Optometry in Oregan, USA. “It stops the eye growth by about 50 per cent, so if a kid was destined to be a -8 D myope, he will end up a -4,” said Assoc. Prof. Caroline. He added: “But we don’t really know how it works. There are virtual armies of PhDs working on understanding how this is all happening and why. There must be some peculiar optics that we’re presenting to the peripheral retina, and somehow this prevents the eye from getting longer.”

Increases in myopia prevalence worldwide led many vision researchers a little over a decade ago to intensify their hunt for biological signaling systems that start and stop eye growth. Their discoveries produced a new metric for designing and evaluating contact lenses to inhibit myopic progression: peripheral hyperopic defocus.

As described in 2007 by investigators in a large US multicentre study, the onset of rapid axial growth and subsequent myopia in young children is preceded by the appearance of peripheral hyperopic refractive error that persists after they become myopic.4 Peripheral hyperopia also occurs at this phase in children who achieve emmetropia, without further axial growth. However, the amount of error relative to the central refraction was smaller, and it disappeared after emmetropisation, they wrote.

These findings and subsequent studies formed the theoretical underpinnings for today’s ortho-k contact lenses, which are shaped to “deliver the optics” that reduce lingering mid-peripheral hyperopia in order
to inhibit ocular growth, Assoc. Prof. Caroline said. Worn overnight, these reverse-geometry lenses are shaped to flatten the central epithelium by eight microns. In trials they have had +2 D of add power in the mid-periphery. “But here at Pacific, our experience has taught us that we need adds of around +3 D to +4 D. I know that sounds like a lot, but our experiences have led us to believe that we need quite a bit of plus power to create the necessary optics,” said Assoc. Prof. Caroline.

Temporarily altering the corneal surface in order to slow a youngster’s myopic progression is probably most relevant today to paediatric subspecialists and comprehensive ophthalmologists who treat children. But use of these devices could spread into refractive surgery, practitioners suggest.

Dr. Lisa Wohl’s Bloomingdale, Illinois, comprehensive ophthalmology practice includes two optometrists who work with ortho-k candidates. Dr. Wohl said that when she was also performing refractive surgery, it was common for adult myopes to come in for LASIK and leave with an ortho-k referral for a nearsighted child or grandchild. “Any parent who can do something positively to prevent their kid from getting more nearsighted recognises that as a great thing,” Dr. Wohl said. “I found that people would come in for LASIK and say they wanted their children to have the same benefit. It was a practice builder for the long run.”

Assoc. Prof. Caroline, who has worked closely with ophthalmologists, believes the relevance of this work lies in the future. “These optics could easily be lasered into the cornea. And the day that we really understand the details of how these lenses really work is the day that refractive surgeons are going to be involved,” he predicted.

The optical principles used in overnight ortho-k lenses also are being applied to other types of lens-based refractive correction, but the impact with spectacles is smaller.

If parents don’t want their young children sleeping in contact lenses, progression can be slowed with soft contact lenses that have +3D to +4D of add in the peripheral zones and distance correction at the centre. “It creates an almost identical power profile
as we get with orthokeratology,” said
Assoc. Prof. Caroline.

Eyeglasses with progressive addition lenses and with bifocal lenses have been shown to inhibit progression compared to single-vision glasses. However, this effect has been found to be small, at 0.16 D per year.5

Epidemiologists have documented rapid increases over the past 40 years in the prevalence of myopia around the world, especially in urbanised areas of East Asian countries, such as China, Taiwan, Singapore and Japan. Prevalence ranges from about 70 to 90 per cent in various population groups there and
has been reported to be as high as 95 per cent in young adults studying at one Chinese university.

It was just a generation or two ago when the myopia prevalence in Taiwan was 10 per cent, said Dr. Pei-Chang Wu, Director of Ophthalmology at Kaohsiung Chang Gung Memorial Hospital in Kaohsiung, Taiwan. “This has become a very severe public health problem,” Dr. Wu said. “Now 90 per cent of college students in Taiwan have myopia. And for the ophthalmologist, the significance is that one-fifth to one-fourth of our myopic children are progressing to high myopia.”

Let there be light

There is growing evidence that many children are becoming myopic because they do not go outdoors enough. Two studies supporting this hypothesis were published online in May by Ophthalmology.7,8 Some researchers speculate that less exposure to outdoor light might be a secondary effect of the rural-urban socioeconomic split in countries like China. They note that the more prosperous residents in urbanised areas have more buying power to give their children video games, iPads and other indoor electronic devices — which children stay indoors to play. The outdoor light hypothesis also would explain certain contradictory features of the myopia boom’s epidemiological record, like the weak association of near-work tasks to childhood myopia but the consistently strong association to education level.9

The legacy of early ortho-k

Dr. Forstot said he has noticed more interest in ortho-k among ophthalmologists lately, and he predicts it will grow due to the results of the Hong Kong study. “It’s really markedly increased, especially in Asia. Even in the U.S. it’s starting to get more attention,” he said. But refractive surgeon Dr. Deepinder K. Dhaliwal, wonders if there will be continued resistance to overnight contact lenses as therapy, especially in young children who might baulk at it. Then there are the safety problems experienced with earlier-generation lens models in the 1960s, 70s and 80s. Wary ophthalmologists will want reassurance, she said.

“The only way that ophthalmologists are going to get buy-in is if the complication rate is acceptably low,” said Dr. Dhaliwal, who is director of cornea and refractive service and an associate professor of ophthalmology at the University of Pittsburgh “and what about the horrible infections that we’ve heard about?”10

Others are less worried. Dr. Forstot has not seen a single case of infection since 2002, while Dr. Wohl said her practice has seen one case involving an adult who damaged her corneal epithelium during lens removal. Dr. Forstot says that careful patient selection and training (and, in young children, careful questioning of parents) prevents infection. Paediatric ophthalmologists, who regularly prescribe soft contact lenses for continuous wear in infants, report that children and parents adapt quickly to the prescribed lens insertion and cleaning rituals, and optometrists have reported that with parental supervision even primary-grade children can wear contact lenses successfully.

Linda Roach is a technical writer for the American Academy of Ophthalmology. It’s Back: Reconsidering Ortho-K was originally published by the International Society of Refractive Surgery and has been pre-printed with kind permission. Dr. Forstot and Dr. Wohl perform educational speaking on behalf of Paragon Vision but receive no remuneration.