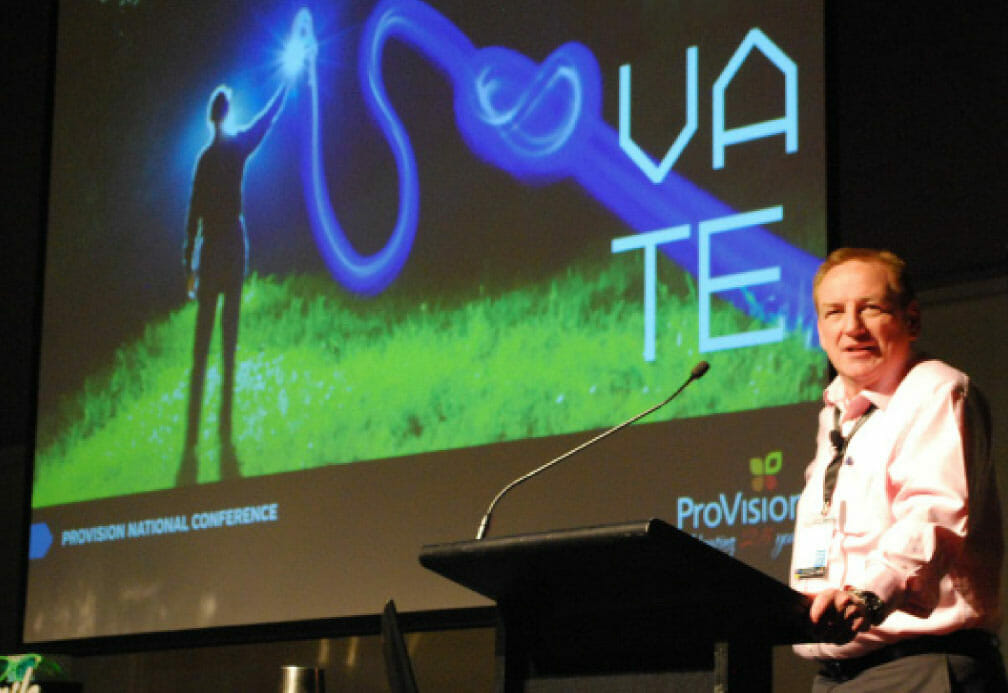 Provision continues to grow from strength to strength with the independent optometry group on track to achieve a membership of around 420 practices by the end of this year. At the annual Provision conference, held in Grand Chancellor Hotel, Dockside in Hobart, Tasmania from 3–6 October, CEO Steven Johnston reminded the 450 delegates of the group’s winning point of difference.

What Provision does better than the corporates, Steven Johnston told conference delegates, is win customer intimacy by providing a consistently superior in-practice experience.

He said Provision’s vision is to be the champion of innovative independent optometry in Australia, and to this, he said, members need to innovate… hence the theme for the conference.

That theme was reinforced time and time again over the next few days.

Al Cleinman, entrepreneur, creator of the first buying group in the USA, and leader in the eyecare community for more than 40 years, was the industry headliner, brought to the conference courtesy of Hoya.

His key presentation, “The Future of Optometry”, outlined the serious challenges facing the profession in the USA. He presented the 10 most effective strategies and opportunities, identified in the US market to enable independent optometry to thrive in the face of these challenges. His key message: “Don’t play the game, change it.”

Robert William Morris, founder and creator of William Morris London, presented his perspective on the future of independent optometry in the UK Market. Australia can learn much from the US and UK markets that have already faced and overcome many of the challenges emerging locally now.

The headlining international motivational speaker, Lisa McKinnes-Smith, made us all realise our personal potential and how we can motivate ourselves and those around us to multiply our effectiveness. One of her key messages was: “Lead, follow or get out of the way.”

Daniel Gregory, CEO of The Impossible Institute, and perhaps best known as a regular panellist on ABC’s Gruen Transfer, presented an entertaining session called “Drive innovation on purpose and develop your team’s impossibilities”. He highlighted his four key steps for innovation:

Khoa Do, independent film maker, humanitarian and 2005 Young Australian of the Year, spoke of his personal journey, from fleeing Vietnam as a refugee by boat, to becoming a Young Australian of the Year. He also shared his life-changing experience with a band of petty criminals, drug addicts and wayward youth in the outer suburbs of Sydney. Having come together to overcome each of their personal challenges they ultimately collaborated to create a feature length award winning movie.

The key motivational speech was presented by none other than Professor Fiona Wood. Prior to the Bali Bombings, Professor Wood spent 20 years researching and developing skin generation technology. Ultimately the innovations created by research teams she lead changed world-wide practice on how we treat serious burns and save lives. Her mantra can be translated across all aspects of life: “the quality of outcome must be worth the pain of survival”.

For me, the stand out performance was David Foster, a competitive wood chopper. Following a botched introduction from Steven Johnston (who should have known better than to upset the biggest man I have ever seen holding an axe), David told his story. From a failing student repeatedly told by his teachers that he’d never amount to anything, He went on to become the winner of 178 World Titles, 168 Australian Titles and the first person in sporting history to have won over 1,000 championships.

His presentation drew clear parallels between sport and the corporate world. He needed no fancy slides, graphics or tables. Just a razor sharp axe and a barrel sized log.

Not to be outdone by the impressive line-up of motivational speakers, Wayne Reuben from CooperVision presented a practical workshop on how contact lenses can drive practice profitability and build patient loyalty.

International eyewear designer and trained optician Caroline Abram shared her personal vision in optical frame and accessory design. The daughter of an optometrist and an ophthalmologist, she draws her inspiration from her diverse origin (Caribbean, Indian, French and Polish) and also from being raised in central Africa. She has been the recipient of two Silmo D’or awards.

Back by popular demand, Gina Lednyak and Dave Bonouvrie presented on social media with best practice concepts for both single and multi-practice optometrists aiming to increase sales and better communicate with patients.

Sponsored by Essilor, London-based Nick Hornsby and Christine Jouvanceau, from Paris, presented a confronting workshop on lens sales, deliberately challenging long held practices and conceptions, many of which they claimed hold business and profits back.

Rob Ellis, Retail Operations Manager for Provision, held a workshop on ‘How to recruit and retain the right people’. His workshop was based on three key topics: staff recruitment, retention and action. He also presented practical tips to assist when interviewing, achieving job satisfaction and retaining your team.

The conference welcome function was held at Hobart’s MONA (Museum of Old and New Art). Transported to the Museum by a fleet of private ferries, delegates enjoyed drinks and a fine dinner along with a private viewing of this internationally regarded museum.

Saturday night was reserved for the Provision Supplier expo and the Provision 25th Anniversary Gala dinner was held on Sunday 5 October, hosted by the New Inventors’ James O’Loghlin.

During the evening three founding members of Provision; Micheal Knipe, Joe Chakman and David Healy, took to the stage to share their stories about the group’s early days.

Joe told the story behind the original name of Provision: ‘Australia’s Independent Optometrists, the AIO’. His first job, he said, was to encourage suppliers to join and commit to providing big discounts to a group which at that point did not have any members.

One of the first to jump was David Healy from Healy Optical, then a small Tasmanian entity. David said he speculated AIO would get 50–60 members, an expectation quickly exceeded.

As an independent optometrist, Micheal Knipe admitted to being slow to the party. Having attended a few meetings he joined, and eventually became a director.

David said the AIO was much needed when it was created in 1989. “Independent optometry was looking for something to counter corporate optometry. Optometrists at University were not prepared for the real world. They weren’t told how to lease a shop, negotiate, train staff. In those days independents had no window displays, and the waiting room was separate to the frame displays so patients couldn’t look at the frames. It was all wrong and they were eaten up by the corporates.”

Joe recalled OPSM being identified as a potential problem for independent optometry. “They had better buying power, better marketing and better training…

The AIO was set up to provide these three things to independent optometrists, and this is where Provision still does the bulk of its work,” he said.

He said not all the profession was happy with AIO’s innovations. “Marketing was a dirty word… many optometrists did not join because we said we would be marketing.”

Micheal reminisced about the huge workload over the last 20 years, and the lengthy periods of time, as a long standing board member, that he was away from his family. He said observing Provision members enjoying the 25th Anniversary dinner made it all worthwhile.

Joe Chakman acknowledged the current CEO Steven Johnston, whom he said has had a major, positive impact on Provision. 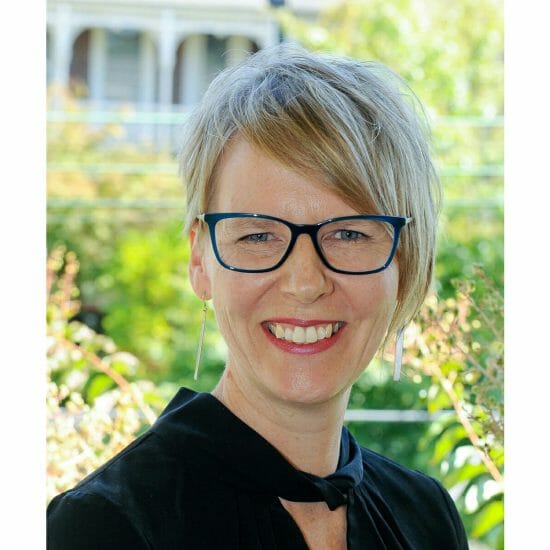