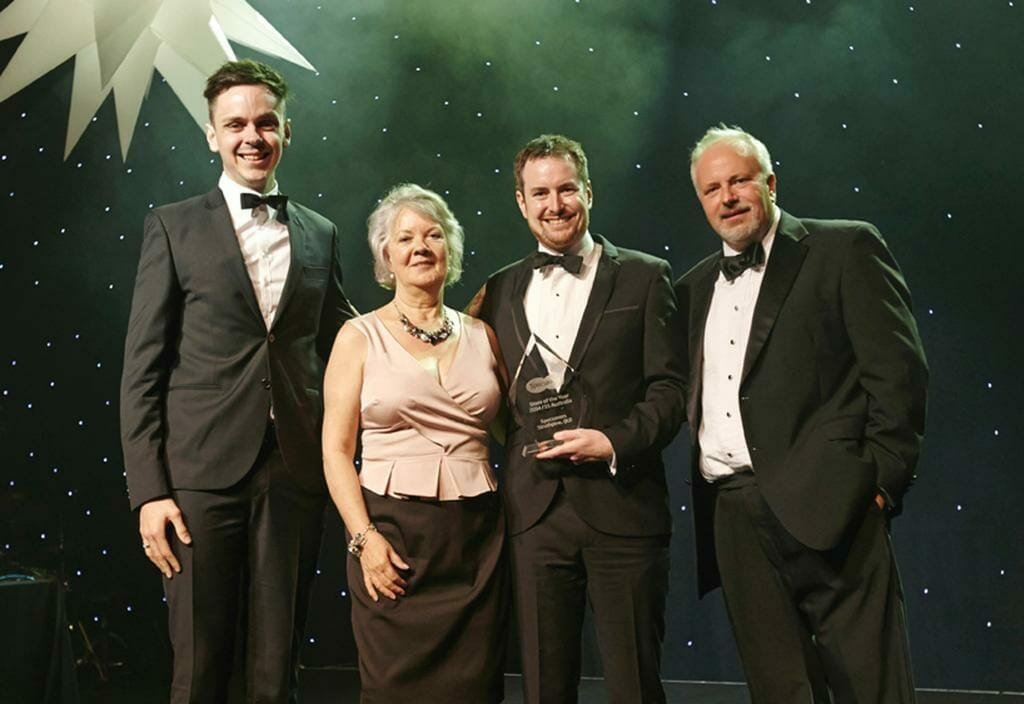 The achievements were announced at the organisation’s annual ‘Awards for Excellence’ dinner in Melbourne on Sunday 8 March which was attended by Specsavers founder Dame Mary Perkins and 600 Specsavers franchise partners.

Specsavers marketshare reportedly remained on par when compared to last year at 35 per cent plus total customer numbers in Australia and 40 per cent plus in New Zealand.

Collectively the franchisees performed more than three million eye tests and dispensed 3.8 million pairs of glasses across the two countries. A significant milestone was the 15 millionth pair of glasses, dispatched from Port Melbourne to Specsavers Auckland CBD in January 2015. Specsavers Australia and New Zealand CEO, Paul Fussey, presented a second copy of the 15 millionth pair of glasses to brand ambassador Alex Perry in recognition of his personal contribution to the organisation – more than one million Alex Perry frames have now been sold to Specsavers’ customers.

Dame Mary Perkins spoke to attendees at the dinner, congratulating them on their achievements and acknowledging that Specsavers in Australia and New Zealand was in many regards leading the way. She said, “some of the stuff that’s come out today I’m going to take back to the UK… the UK has been going since 1984 but they’re beginning to follow some of the things the Australians and New Zealanders are doing… we do learn a lot from the countries we are in – and you certainly have led the way.”

Dame Mary Perkins said the Australian and New Zealand stores had “lived the vision and values every day” and… “done it really, really well”.