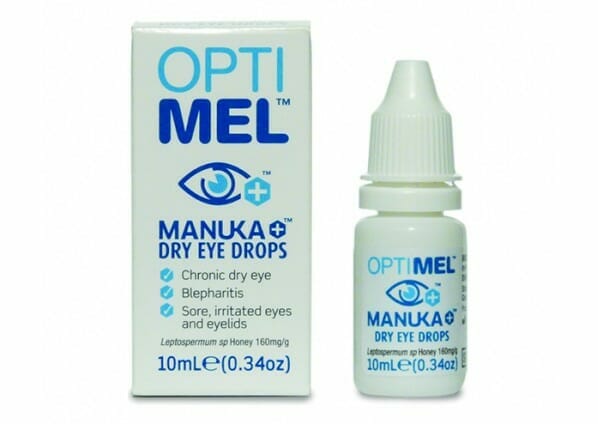 A ground-breaking Australian trial has identified that a Manuka honey therapy can outperform standard treatments in relieving the symptoms of meibomian gland disease (MGD) induced dry eye, the most common cause of dry eye.

The prospective, open-label study was undertaken by Dr. Julie Albietz and Assoc/Prof. Katrina Schmid from Queensland University of Technology’s School of Optometry and Vision Science. Published in June in Optometry Australia’s journal, Clinical and Experimental Optometry, it indicated that honey treatment improved the dry eye condition and, unlike conventional lubricants, had an all-important anti-bacterial effect.

Assoc/ Prof. Schmid said while all treatments (including conventional lubricants) clinically and significantly improved dry eye, the honey therapies improved it the most and the gel was superior.

“It’s a novel treatment for dry eye because it has both antibacterial and anti-inflammatory properties and has a different mechanism from those of other products,” said Prof Schmid.

“Practitioners can suggest it to patients and know with confidence that they will see a benefit and should experience significant improvements over two months.

“The trial has provided evidence of its benefits to patients with chronic, long-term and difficult to treat MGD,’ she said.

CEO of Melcare, Anthony Moloney, said “Response from optometrists in Australia has been quite outstanding and from patients, overwhelming. The drops do sting and it doesn’t work for everyone but where it does work, it can be profound”.

Mr. Moloney said good eyelid hygiene, clean eyes and eyelid margins, should always be initial therapy but if lubricants did not manage the condition well, people could try the honey products.

“For most people with chronic dry eye which is difficult to manage, they will be suitable,” he said.

Honey, has been used for eye care and wound care over many years, as it is capable of inhibiting the growth of microorganisms, reducing oedema and promoting epithelialisation.