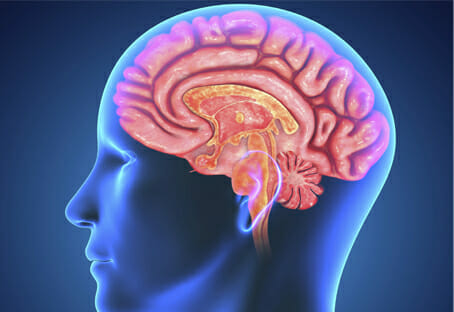 Optometrists are increasingly reliant on diagnostic instruments… but the powerful human brain still has its place.

These instruments have broadened our scope and made us better at detecting, managing and co-managing a variety of pathologies. They’ve reduced the cost of services to patients, while easing the pressure on ophthalmology and hospital eye clinics… and they have also helped save the vision and lives of patients. One just has to be part of a clinical social media group to see how regularly an Optos user will pick up sight and life threatening disorders such as choroidal melanomas and retinal tears. Of course, optometrists skilled in peripheral retinal examination with more ‘standard’ equipment also detect these conditions; retinal examination with a slit-lamp fundus lens, or a binocular indirect ophthalmoscope, are examples.

A humble direct ophthalmoscope is no match for today’s diagnostic technologies, but that said, it has been an amazing tool. I recall picking up subtle macula pathologies with my Keeler Specialist ophthalmoscope. On referral to a retinal specialist (before the advent of OCT) I was told ‘there was nothing wrong’. Months later the subtle change I’d noticed progressed to a full-blown macula hole. These days, an OCT would detect such vitreo-macular traction and help monitor and decide whether a vitrectomy or macular peel is indicated, again potentially saving sight. Using my ophthalmoscope, I’ve also detected choroidal melanoma, subtle Roth spots and cases of early ‘senile macular degeneration’ (SMD), as it was then called.

We’re so much more PC these days…

Who Let the Dogs Out?

I reckon that today, if a power outage occurred in a busy practice staffed by young optometrists, patients would be sent home as ‘nothing could be done’. For an old dog clinician, minor inconveniences, such as power failures, would not pose a problem. They’d simply dust off the odd bit off equipment and carry on. With a battery operated retinoscope/ophthalmoscope as well as a Snellen chart, trial frame/manual phoropter, Bjerrum screen/Amsler grid and a few other ‘traditional’ tools, the job would be effectively performed.

One could always bring a patient back for further investigation if there were any suspicions. For most however, such an examination would be adequate and way better than they’d have in many countries, even with the power on.

I still have my grandfather’s 1920s retinoscope – a two-centimetre diameter concave mirror with a two-millimetre hole in the middle, mounted on a stick. A candle placed adjacent to the patient’s head served as the light source. This was directed onto the retina via the retinoscopes’ concave mirror, the reflex observed and neutralised. A far cry from the laser driven, four-in-one Topcon TRK-1P I’ve used over the past few years.

Despite all the high tech gear, many clinicians still regard a retinoscope as an essential tool: in seconds one can tell if a patient has cataracts, keratoconus, aberrations or other media anomalies, and determine a good starting point for a final spectacle Rx. Rightly so.

While no one wants to revert to using a candle-powered retinoscope or be reliant on a direct ophthalmoscope/keratometer, we shouldn’t throw out the baby with the bathwater.

Our retinoscopes are connected to a powerful human brain. There are times when all the technology and artificial intelligence in the world cannot determine what’s going on. A machine is programmed to spit out a number or an image. If a make-up coated contact lens, an irregular cornea or media opacities make data acquisition difficult – or generate a garbage prescription – our human brain can work out what the issue is and sort it.