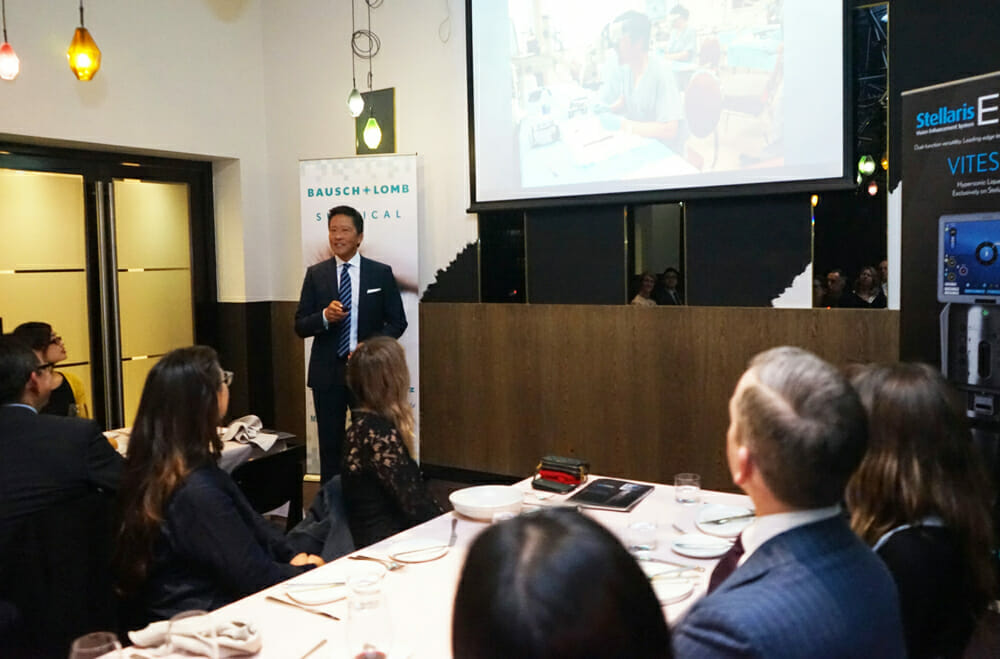 Bausch and Lomb Surgical has launched the Stellaris Elite, for cataract and retinal surgeries, at intimate events for ophthalmologists around Australia.

The new system was presented by Dr. Carl Awh, an ophthalmologist from Tennessee Retina in Nashville, who has advised Bausch and Lomb on product development over many years.

When speaking about his experiences using the Stellaris Elite for posterior segment surgery, Dr. Awh said both he and his staff appreciate the design of the system, with a wireless foot pedal that houses all controls.

“The foot pedal has advantages for anterior surgery but I love it for vitrectomies… everything is in one pedal, so there’s no separate pedal for laser,” he said.

“In rare cases of vitrectomy surgery, where there is a very dense fibrous material or lens capsule, and I’m using the frag tip, I engage the tip by getting a high vacuum flow rate and then I slowly add frag power – it’s easier to control that way.”

He said the ability to control ultrasonic power manually, rather than by using different settings on the machine was “very nice”.

Dr. Awh went on to describe in more detail, new aspects of the Stellaris Elite, including the 25 Gauge and 27 Gauge Bi-Blade Cutters, illumination options and complimentary Synergetics instruments.

Dr. Awh also presented on Vitesse – Hypersonic Vitrectomy, which he was one of the first surgeons in the world to trial. “Vitesse is a fundamentally different method of vitreous removal and tissue dissection that may provide great surgical precision and efficiency,” he commented.