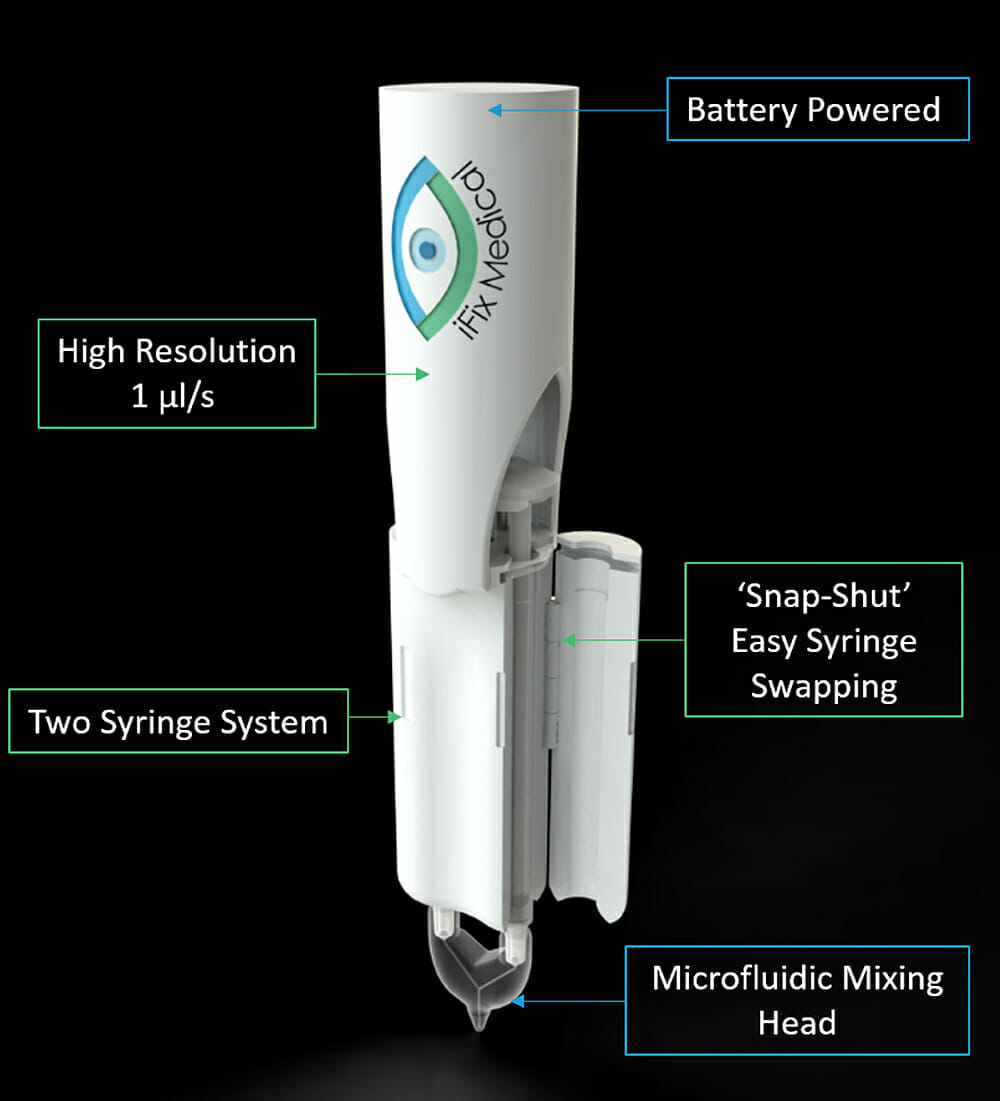 A BioPen that can seal corneal wounds has been developed by Prof. Gerard Sutton and his team from the University of Sydney’s Save Sight Institute. The iFix will be used to treat corneal ulceration, promote active healing of the wound site and reduce scarring.

The Bioink can seal a full thickness corneal wound, and we anticipate that it could have use in other tissues such as skin

The 3D printing pen works by releasing a Bioink directly onto the eye to help corneal cells regenerate and create a biological barrier to ongoing damage, including infection. It is just one of a number of products being worked on as
part of the Corneal Bioengineering Programme, which includes a unique collaboration between University of Sydney, University of Wollongong and the Lions NSW Eye Bank organ and tissue donation service.

Prof. Sutton said development of the iFix has been a genuine team effort over two years. “We are working on recipes to promote epithelial growth for culture of corneas for Eye Bank donation. We hypothesised that a specific formula would accelerate healing of corneal ulcers. We modified the recipe with some special herbs and spices and then collaborated with Wollongong University’s Prof. Gordon Wallace to develop the iFix pen to deliver the Bioink in a printable, mechanically robust and transparent fashion onto the surface of the eye.”

He said, “The Bioink, in this case, is a liquid which is 3D printed onto the surface of the eye and becomes a transparent gel. It is bioactive, in that it modifies the tissue and can also be customised to include antibiotics, collagen and living stem cells.”

He said one of the greatest challenges in developing the Bioink was to ensure it was transparent, printable and had the required mechanical strength.

“The Bioink can seal a full thickness corneal wound, and we anticipate that it could have use in other tissues such as skin,” said Prof. Sutton. His research has shown that the pen can accelerate feeling, minimise patient pain and reduce their recovery time through deployment of antibiotics.

Prof. Sutton said in vitro testing of the iFix pen has been completed, animal trials are underway and Phase 1 trials are anticipated in 2019. He hopes to move the iFix pen into commercialisation in three to five years.

Development of the BioPen has been supported by the inaugural award of an AU$45,000 Big Idea Grant in 2017, a $100,000 innovation grant from South East Sydney Local Health District and $480,000 from Sydney Medical School Foundation. In August 2018, the NSW Minister for Health and Minister for Medical Research Brad Hazzard announced that the Save Sight Institute team would receive a $1.1 million grant from the NSW Medical Devices Fund to progress its commercialisation.

“Winning the Big Idea last year gave us two things,” said Prof. Sutton. “It gave us credibility when we were applying for other grants and the self-belief that we had a great idea worth developing.