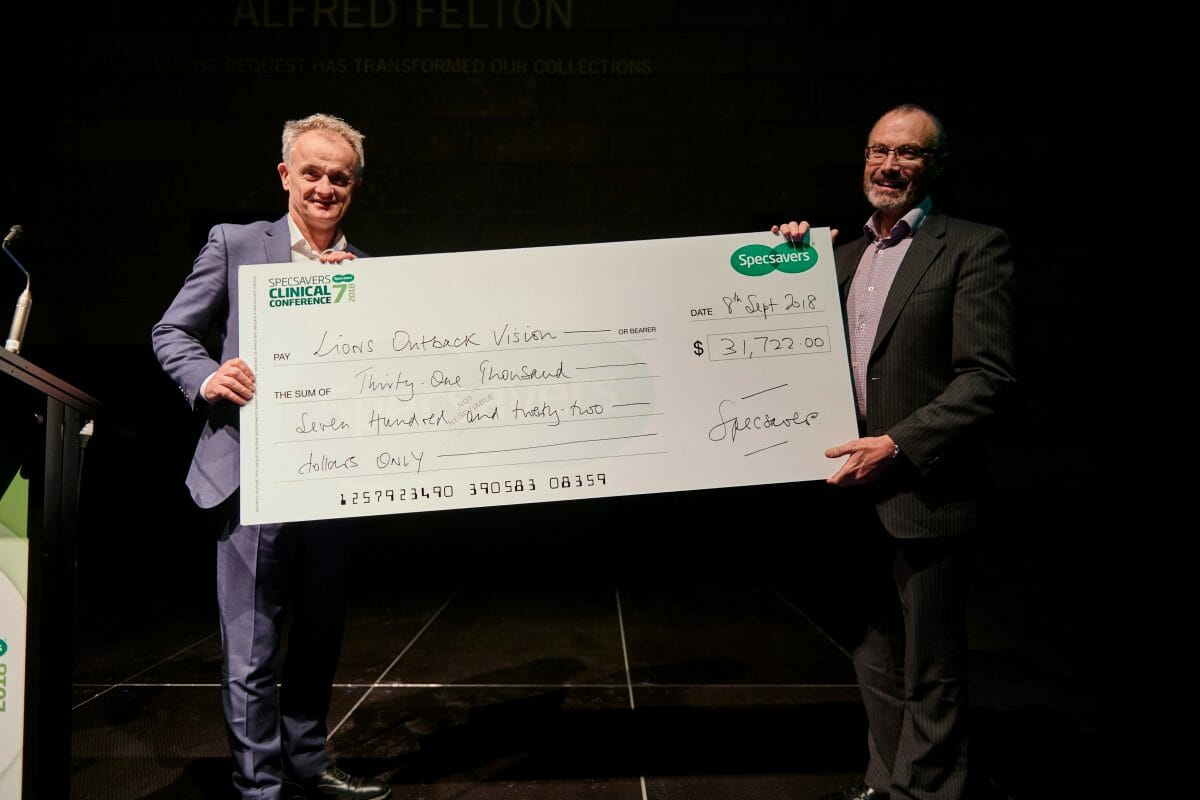 The seventh annual Specsavers Clinical Conference – better known as the SCC – took place in Melbourne from 8 –9 September and attracted record numbers. More than 700 delegates, made up of both Specsavers and non-Specsavers optometrists, listened to 14 different speakers over the weekend, covering an array of clinical topics and, for the first time, a series of talks during lunchtime breaks within the exhibition area, christened ‘SCC Fringe’ talks.

The conference, under the theme of ‘Transforming Eye Health’ was expanded for 2018, with a move to two full days of CPD / CD content. Including in-App CPD material, a total of 44 Australian CPD points were on offer. A total of 27 exhibitors took part, including sponsors, Specsavers support teams and eye health stakeholders.

This year was our biggest conference yet, attended by more optometry professionals than ever before

A who’s who of the eye health professions, optical trade media, SCC sponsors, delegates and exhibitors attended the SCC Welcome Dinner on the Saturday evening, held at the National Gallery of Victoria. During the evening, a cheque was presented to the SCC7’s charity partner, Lions Outback Vision for AU$31,722. The money was raised in the week leading up to the SCC Welcome Dinner with donations primarily coming from delegates.

For the first time, Specsavers also presented two new awards at the Welcome Dinner that will now be awarded annually at the SCC. The Doug Perkins Medals for Clinical Excellence were named after optometrists and Specsavers co-founder Doug Perkins. The New Zealand medal was awarded to Specsavers Botany (Auckland) and the Australian medal was awarded to Specsavers Victor Harbor (South Australia). The selection of the winners and runners up was based on the Specsavers’ Professional Benchmarks Initiative, which defines and measures patient outcomes, allied to leadership skills, training and engagement with medicine. Clinical performance, measured from a patient perspective, clearly identified the leading store teams from hundreds of stores. The finalists selected and revealed on the night represented the top two per cent of stores.

SCC7’s keynote address by Peter Larsen, Specsavers’ Optometry Director for Australia and New Zealand, formally launched the State of the Nation Eye Health Report 2018, an in-depth look at Specsavers’ measurement and benchmarking of its approaches to disease assessment and management following the rollout of OCT in many of its practices across Australia and New Zealand.

The report, to be released in full shortly, compared Specsavers’ own data, taken from its 6.5 million eye care patient database, to other major eye health studies and demonstrates the improvement in the detection and diagnosis rates of glaucoma, diabetic eye disease and medical retinal disease.

Mr. Larsen’s speech was in the midst of an engaging ophthalmology-led program of world-class speakers with topics discussed including reviewing of referral pathways for glaucoma, managing and detecting diabetic eye disease, ocular tumour, red eye and optic nerve diseases. Before handing over to the six Sunday speakers, Mr. Larsen also referenced how thrilled the whole Specsavers team is to be deeply involved in the KeepSight initiative alongside Diabetes Australia, Oculo and Vision 2020, with Specsavers having committed AU$1 million a year for five years alongside the Australian Government’s matching $1 million.

Following the conference, Mr. Larsen said, “The Specsavers Clinical Conference is truly one of the highlights on the optometry calendar and to see it develop into such a phenomenally organised and widely-attended event is testament to its overall importance as an educational tool for optometrists across Australia and New Zealand.
“This year was our biggest conference yet, attended by more optometry professionals than ever before and was brought to life through the engaging, interesting and challenging sessions led by an array of world-class speakers and leaders in ophthalmology and eye disease and eye health. “It was an overwhelming success.”

Luxottica to Improve Transparency for Franchisees