AUSCRS 2018: Where Learning is Fun 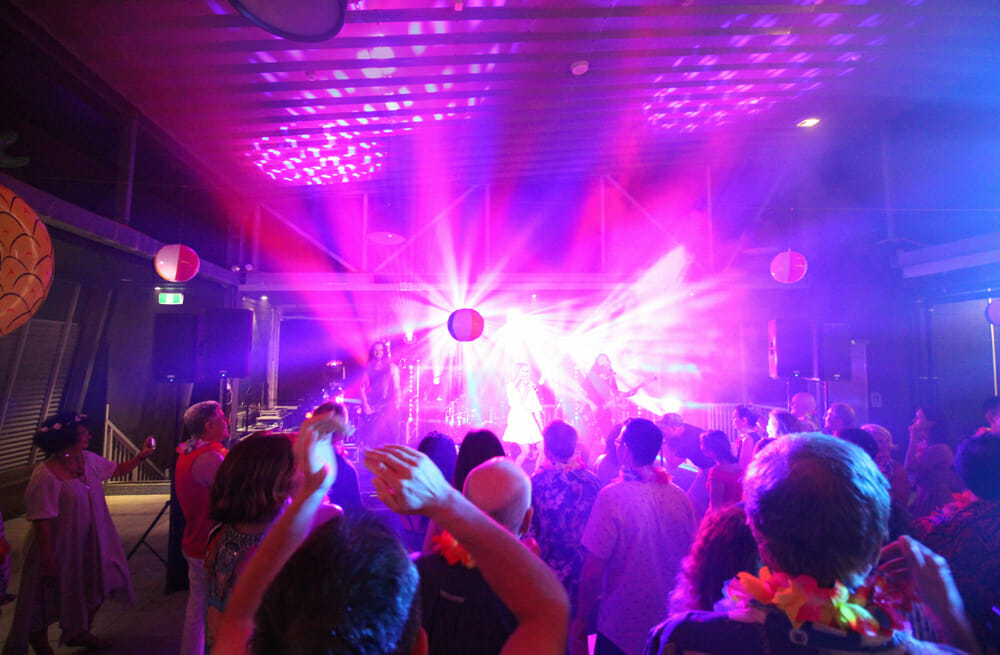 Ophthalmologists at the 22nd Australian Society of Cataract and Refractive Surgeons Conference – AUSCRS 2018 – enjoyed frank discussion about the latest in cataract and refractive surgery, and more. 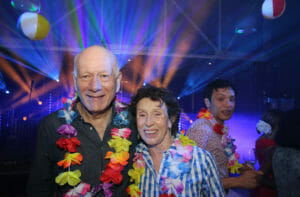 AUSCRS was created and has been chaired for 22 years by Graham Barrett and Rick Wolfe, and organised by Jenny Boden and the Corporate Communique’ team. This highly desirable meeting is growing in popularity, as evidenced by a record turnout of speakers and delegates.

While RANZCO meetings are serious affairs, with academic garb and chains of office in evidence, AUSCRS is probably the most relaxed ophthalmology meeting on the planet. That said, the presenters are at the forefront of cataract and refractive surgery, and the sessions cover many relevant topics. Frank and open discussion on a variety of matters is peppered with fun themes that make learning both enjoyable and memorable.

Dr. Thomas Kohnen kicked off the AUSCRS conference programme during mid-October, delivering the Gold Medal Lecture. Thomas has an impressive resume with wide ranging experience in ophthalmological clinical practice and science. Based in Frankfurt at Goethe University, he leads a team that helps 35,000 patients annually.

Thomas detailed surgical correction of cataract and said multifocal intraocular lenses (IOLs) are now the majority of the IOLs he uses, with very high levels of patient satisfaction. 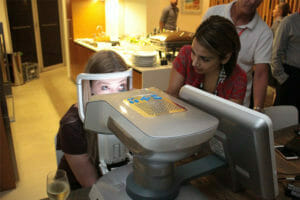 Trifocal IOLs are his first choice. He reported on a specific trifocal IOL, stating that 98 per cent of recipients would choose the same IOL design again, with low levels of complaints about glare and haloes etc. Diffractive optics are his go to choice and are now available for high myopes.

An interesting development we can expect are add-on (piggyback) trifocals that can be implanted over existing monofocal IOLs. These could be a game changer for patients with older IOLs seeking greater spectacle independence.

Thomas said segmental refractive trifocals are also making an impact, as are extended depth of focus (EDoF) designs. Small aperture IOLs can be successful in complex cases like cataract patients with existing radial keratotomy and keratoconus. He said accommodative IOLs have so far not achieved much success.

Thomas summed up with eight clinical pearls, covering indications and contraindications for IOLs:

LET’S HAVE A CHAT

The annual AUSCRS ‘Chat’ session focussed on hot topics in ophthalmic surgery. Overseas and local speakers, as well as representatives from sponsors discussed issues such as the influence of device and pharmaceutical companies on surgeons. 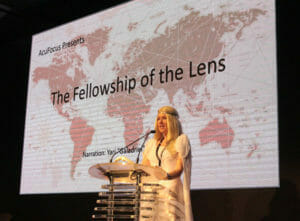 In many countries (including New Zealand), toric IOLs are expensive compared to the state and insurance funded versions in Australia. In Australia, where it costs the patient no more to obtain a better outcome from a toric IOL compared to a standard IOL, patients benefit significantly. As a result, there is widespread toric prescribing here – around 50 per cent of IOLs are toric, compared to only around 10 per cent in the USA and Europe.

Graham Barrett commented that he does around 80 per cent toric IOLs. He pondered whether that would change if there was a difference in price between torics and non-torics for the patient.

The accurate prediction of results and an obsession with ‘getting it right’ drives most surgeons. Some surgeons noted that they spend a lot of time thinking about and calculating ideal outcomes; almost as much time as actually performing the surgery. 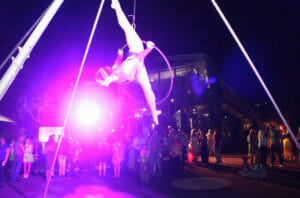 It’s understandable then that conference sessions that deal with IOL calculations and fine-tuning outcomes are now very popular. At AUSCRS we heard that experienced surgeons who regularly audit their outcomes and tweak their techniques and calculations tend to achieve excellent levels of accuracy. Respected, proven calculators are greatly beneficial. Furthermore, they are evolving and providing ever better results.

Evolving IOL designs have also significantly reduced unwanted optical phenomena such as dysphotopsia. During the Chat session, it was mooted that EDoF lens use has peaked, however panellists argued that EDoF technology will continue to evolve, driven by lifestyle vision needs. EDoF is about surgeon choice and it was suggested that non-presbyopic surgeons just don’t fully understand the issues!

Dr. William Trattler, a well-known and respected American surgeon, with wide ranging experience in anterior segment surgery, discussed IOL decisions for patients with keratoconus (KC). He suggests routine topography is performed pre-operatively in all cataract patients. The majority of Australian and New Zealand delegates agreed and do so routinely. He noted that even careful calculation of IOL powers in KC cases tend to result in hyperopic results when targeting low minus or emmetropia. It was suggested that calculators need further development to enhance IOL outcomes in KC. It may be best practice to perform multiple calculations with a variety of calculators, topographers and biometry and compare findings in order to refine and narrow down the variables.

Keratoconus and cataract is a complex subject. There are many debates surrounding IOL choice and desired outcomes, with variables depending on severity, potential post-operative acuity and whether a toric IOL could create a refractive nightmare, particularly if a contact lens is necessary to restore vision, post-IOL. A very important point. 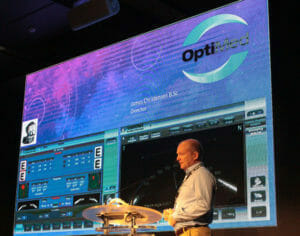 Surgeons should counsel patients that postoperative visual acuity may be reduced. We should look for asymmetry in K-readings across the pupil zone in KC and post-LASIK patients too. Post-surgery, the cornea may also be different. Bill and others stated that they were not fans of astigmatic keratectomy and in general, prefer toric IOLs. The challenge is that it’s hard to predict axis in irregular corneas.

In such cases, toric IOLs should also be avoided. He noted that scleral contact lenses were increasingly being used post-operative in KC cases. There’s no perfect IOL. Panellists discussed how to find balance when selecting the best IOL for a given case.

Non-steroidal anti-inflammatories (NSAIDs) work to prevent cystoid macular oedema (CME) and may be as effective as steroids. NSAIDs, used a day or two before IOL surgery, will probably not have an effect on post-operative visual acuity, however they can help reduce overall inflammation and reduce pain. Some suggest that the additive effect of a steroid and NSAID can be even more beneficial.

Patients deserve to be properly informed of not only risks and benefits, but most importantly, what options and products will meet their work and lifestyle needs. The options that surgeons provide generally steer patients toward those they believe will work best for the specific person, based on data, a thorough examination and discussion about the patient’s desires. Bedside manner, therefore, remains a critical aspect of success. 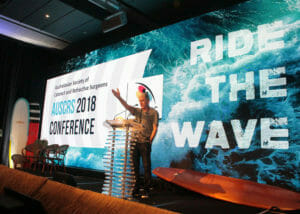 In light of this, the final day of AUSCRS kicked off with a very useful and informative session ‘Picking the Right Wave – Doctor Patient Communication’. Surgeons interacted with ‘patients’ on stage wearing what they would in consultation. They role-played the process of deciding what IOL or surgical outcomes would satisfy that patient’s needs. This serious but humorous session drove home the importance of balance in presenting patients with relevant information.

Ophthalmologist Dean Corbett, of Auckland, NZ was the worthy winner of the annual AUSCRS Film Festival Trophy. He profiled a case – with a video of IOL surgery and a music soundtrack – while presenting a live voiceover. Dean had ordered custom made 45D IOLs for a 17.8mm axial length eye with high hyperopia. The first IOL was a doddle however, during the second procedure, the posterior capsule was damaged. The highest power sulcus IOL available was 32D. This left the patient 10D hyperopic, under-corrected. After considering all options, he decided to piggyback an ICL onto the IOL, which he did with an excellent outcome. His case is believed to be the first documented use of an ICL as a resolution for this type of problem.

Despite over a million SMILE procedures having been performed worldwide, this technique received relatively little attention at AUSCRS. Seemingly, those who practice SMILE surgery swear by it, but those who don’t are understandably not as enthusiastic.

We asked Dean for his take on SMILE and he said, “The United States Food and Drug Administration recently opened the door for SMILE astigmatism correction. As a result, worldwide numbers will grow at an unprecedented rate, as people look for a less invasive surgical technique for focus correction.

“Data was presented showing equivalence of outcomes for low myopes as compared to LASIK. This area has been hotly debated, and numbers in the published literature were very modest. While there is still an accepted understanding that SMILE patients’ visual recovery may be slightly slower than their LASIK counterparts, it seems that as the technology is becoming more mature and the learning curve of surgeons is becoming less steep, these differences may become less dramatic,” he said.

“While LASIK, as a means for correcting vision has plateaued, and perhaps even trended downwards, there is little doubt that SMILE has rejuvenated excitement amongst surgeons and patients alike.

“We look forward to an increasing body of evidence supporting this promising technique.”

There was plenty more at AUSCRS, dealing with future technologies, robotic surgery, myopia control, earlier and better diagnosis and treatment, glaucoma surgery and much else, but space constraints limit what we can report.

AUSCRS included a sponsors’ exhibition, which offered opportunities for delegates to explore all the latest instruments, lenses and technology. It’s thanks to the support of these industry members and the organisers that such a successful conference can take place each year.

The event concluded with the traditional dinner party, with music and dancing.

For those brave enough, a mechanical surfboard ride provided much mirth. Few managed to stay on for long, resulting in some bruised egos and limbs.