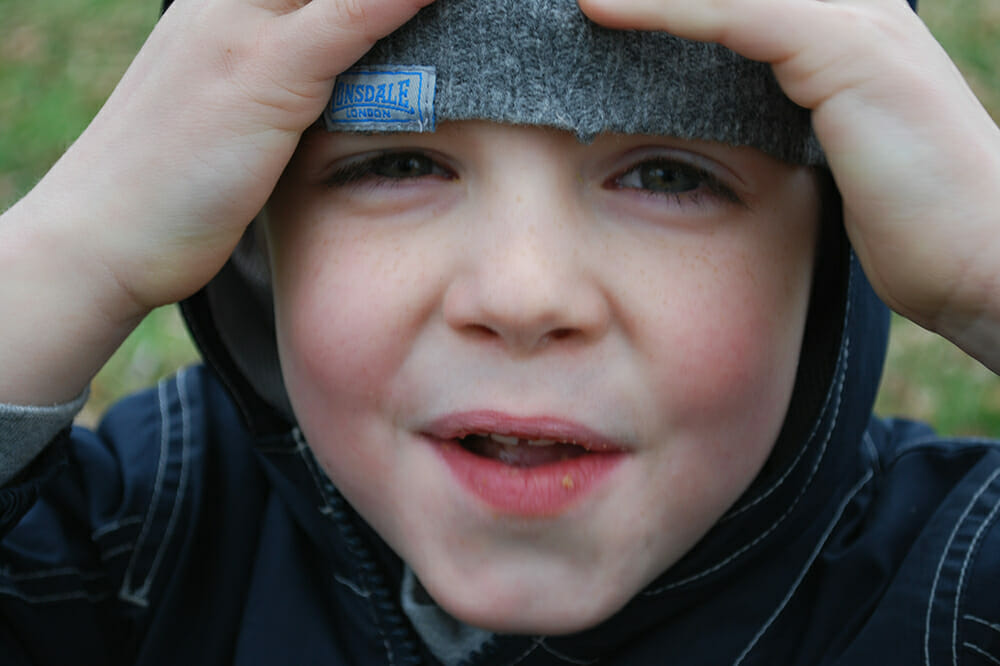 Eye care professionals may be able to detect autism in the future, with a quick and simple eye scan using a modified RETeval-DR Electroretinogram (ERG).

The ground-breaking method to detect autism could potentially identify the condition years earlier than is currently possible, enabling earlier intervention.

The culmination of thirteen years of research, the method may also have implications for early detection of other neurodevelopmental disorders such as Attention Deficit Hyperactivity Disorder, Obsessive Compulsive Disorder and anxiety.

Eye care professionals may be able to detect autism in the future, with a quick and simple eye scan using a modified RETeval-DR Electroretinogram (ERG).

The ground-breaking method to detect autism could potentially identify the condition years earlier than is currently possible, enabling earlier intervention.

The culmination of thirteen years of research, the method may also have implications for early detection of other neurodevelopmental disorders such as Attention Deficit Hyperactivity Disorder, Obsessive Compulsive Disorder and anxiety.

The potential biomarker for autism spectrum disorder (ASD) was unveiled as one of several key projects of the Caring Futures Institute, which is housed within the Flinders University’s College of Nursing and Health Sciences, and was launched in Adelaide in August.

Flinders University’s Dr Paul Constable has been searching for an autism eye-biomarker since 2006, a journey shaped by his son’s experiences surrounding an autism diagnosis at the age of three.

He presented his team’s preliminary findings at the International Society for Autism Research conference in Canada recently, from a trial comprising children aged between five and 21 years from centres based in the UK, USA and at Flinders University to examine 89 individuals with ASD and 87 without ASD.

“The retina is an extension of the brain, made of neural tissue and connected to the brain by the optic nerve, so it was an ideal place to look,” Dr Constable says.

“We found a pattern of subtle electrical signals in the retina that are different in children on the autism spectrum, which relates to differences in their brain development.”

His research, in collaboration with Yale University in the US, and University College London and Great Ormond Street Hospital in the UK, will now establish the test’s effectiveness on younger children.

“It’s a quick, non-intrusive eye-scan using a hand-held device and we anticipate it will be equally effective on younger children. Now we have found a possible  biomarker in children and adolescents with autism, the next stage is to look at younger children and toddlers to assess the viability of the ERG as a method for detecting early neurodevelopmental differences that may indicate autism or a related condition. For all children, the earlier a diagnosis can be made the sooner practical interventions can be implemented the better outcomes there will be, not only for the child but their family as well.” Dr Constable said. Autism in Australia is usually not diagnosed until after the age of four.

Of particular interest will be the younger siblings of people with autism as the chance of a second autistic child is much higher for parents, with one child on the spectrum.

“We will look at siblings to see whether there are changes in their ERG and whether they go on to develop autism,” he said, adding that the ultimate goal would be to identify genes associated with autism, so that we can understand more about the underlying mechanism for the ERG differences  However, this will require ongoing work given the significant genetic and clinical heterogeneity in this population. Current thinking is that ‘autism’ could be segregated into nine sub-types based solely on different clustering of genes associated with this condition.

Dr Constable said the portable, hand held device used for the eye scan – the RETeval-DR ERG, which is manufactured by LKC technologies in the USA.

The RETeval-DR ERG was originally designed as a first level screening tool for detecting diabetic retinopathy. Using a sensor electrode, which is placed on the surface of the cheekbone, there is no need to dilate the patient, making it a very easy for practitioners to use and non-invasive for patients.

The device generates photic signals and measures visual electrophysiological potentials, including electroretinogram (ERG), enabling the assessment of the function of the visual pathway from the photoreceptors of the retina to the visual cortex of the brain. The RETeval-DR ERG can also measure pupil diameter.

“We worked with LKC to develop a custom protocol to assess the ERG in the study and in the future it could be possible for nurses, optometrists and general practitioners, to screen for differences in retinal development that may signal an altered neurodevelopmental trajectory profile in infants and then refer on for further assessments,” said Dr Constable.

“A future with answers to our greatest health challenges, where the highest standard of care is available to all who need it, is not out of reach,” she says.

The Caring Futures Institute is based on four themes:

The Caring Futures Institute is the first research hub in Australia to be fully dedicated to the study of self-care and caring solutions to transform how we care for ourselves and others.

“Caring is fundamental to any society but we need to do better, particularly in the context of our ageing populations, chronic illness, rising health care costs and the opportunities presented from advancing technology,” says Professor Kitson.

“The Caring Futures Institute is focused on better care across the lifespan – developing solutions with partners and end-users to deliver societal and economic benefits”.

Its other initial projects include developing evidence-backed digital apps to facilitate nutritional home cooking, digital innovations to empower heart patients of all cultures and languages in self-care, and enhancing online support for dementia carers.