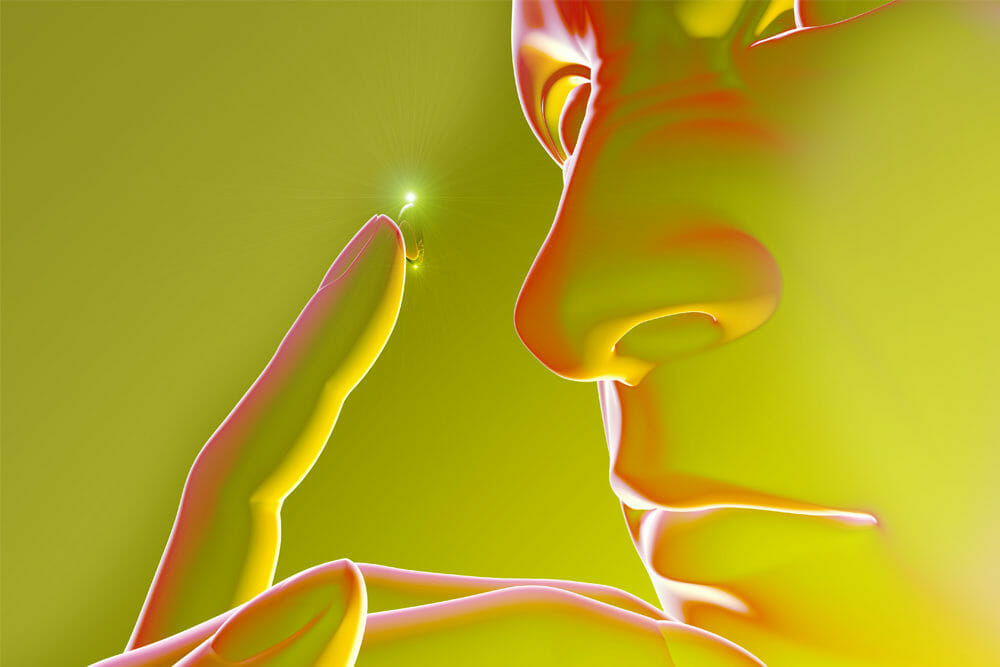 Corneal infections and their complications are a leading cause of monocular blindness worldwide. In the developed world, infectious keratitis is often associated with contact lens wear, while agricultural injuries are more common in developing countries.

Prompt diagnosis and management of corneal infections is critical to control infection and inflammation, to minimise corneal scarring, and to optimise visual outcomes.

Knowing the sensitivities to specific antibiotics is also helpful in guiding treatment, particularly in complex presentations…

Where possible, obtaining a corneal sample to confirm the organism prior to starting treatment, is important. Gram stains and culture of corneal samples are still the mainstay in the diagnosis of bacterial and fungal keratitis. Knowing the sensitivities to specific antibiotics is also helpful in guiding treatment, particularly in complex presentations when the patient is not responding as expected. Polymerase chain reaction (PCR) is now commonly used in viral keratitis to confirm diagnosis with high sensitivity, and is also increasingly used to detect Acanthamoeba keratitis. Other diagnostic methods, such as in vivo confocal microscopy, are used for detecting larger organisms such as Acanthamoeba, Nocardia and filamentous fungi such as Fusarium.

Topical antibiotics remain the first-line treatment for bacterial keratitis. Common empirical regimes include monotherapy with topical fluoroquinolones such as ciprofloxacin or ofloxacin, or a fortified aminoglycoside-cephalosporin combination. McDonald et al, in their Cochrane style review, identified 16 high quality trials involving 1,823 participants and found that treatment success, time to cure, and serious complications of infection were comparable between these options. However, patients using fluoroquinolones reported less ocular discomfort and chemical conjunctivitis compared with aminoglycoside-cephalosporin combinations. Fortified tobramycincefazolin combinations were three times more likely to cause ocular discomfort than other topical antibiotics.

The role of topical corticosteroids in bacterial keratitis has long been debated. Even when antibiotics are adequately controlling the infection, final visual outcomes can be compromised due to corneal scarring and irregular astigmatism.

Topical steroids can help address these factors by limiting the inflammatory response associated with infection. However, there are concerns that steroids may delay epithelial healing, exacerbate corneal thinning, or even worsen infection.

While the first three small RCTs did not find a difference in visual acuity outcomes or healing times between groups, the fourth and largest RCT was the Steroids in Corneal Ulcer Trial (SCUT). SCUT was a randomised, double-masked, placebo-controlled clinical trial comparing adjunctive corticosteroids versus placebo in 500 culture positive bacterial ulcers patients from the Aravind Eye Care System in India, Dartmouth-Hitchcock Medical Centre in New Hampshire, and University of California in San Francisco. Patients were randomised to topical prednisolone sodium phosphate 1.0% versus placebo after a 48 hour course of topical moxifloxacin 0.5%. While the overall data did not show a difference in outcomes including visual acuity, scar size, and rate of perforation at three months, subgroup analyses suggest that corticosteroids are helpful in certain subgroups: (i) Patients with low vision (counting fingers or worse) at baseline had 1.7 lines better vision at three months in the steroid group (p=0.03); and (ii) Central ulcers involving the central 4mm pupil had better best spectacle-corrected visual acuity (BSCVA) at three months (p=0.07) in the steroid group.

Organism subtype was also an important factor when considering adjuvant corticosteroid use. Although there was no difference in BSCVA at three months, ulcers due to the acid fast atypical bacterium Nocardia had a larger scar size in the steroid group (p=0.03) compared to non-Nocardia ulcers. Meanwhile, ulcers due to the classically invasive subtype of P. aeruginosa demonstrated a 2.5-line improvement in BSCVA at three months when randomised to steroids versus placebo, even though Pseudomonas aeruginosa ulcers overall did not appear to benefit from the addition of steroids.

Herpes simplex virus (HSV) keratitis is the most common cause of unilateral infectious corneal blindness in the developed world. It can often become chronic and recurrent, and has been shown to significantly affect quality of life. Varicella zoster virus (VZV) and cytomegalovirus (CMV) are also implicated as causative agents in viral keratitis.

Topical treatments for viral keratitis include aciclovir, trifluridine and ganciclovir. In Australia and Europe, topical aciclovir is the most commonly used topical anti-viral agent. Topical corticosteroids are also sometimes used as an adjuvant therapy to anti-viral agents. The Herpetic Eye Disease Study (HEDS) was a series of landmark randomised double-masked placebocontrolled trials that assessed management of ocular HSV. HEDS I compared the use of topical steroids versus placebo in stromal HSV keratitis in addition to topical trifluridine in 106 patients. Time to infection resolution was significantly shorter in the steroids group (p<0.001) although visual acuity at six months was similar across groups.

HEDS I also investigated adjuvant oral aciclovir versus placebo for 10 weeks as a treatment for HSV stromal keratitis in 104 patients. All patients received both topical trifluridine and topical steroids. Oral aciclovir appeared to delay treatment failure, but this result was not statistically significant (p=0.46). HEDS II examined the role of prolonged oral aciclovir in the prevention of recurrent ocular HSV and found that HSV recurrence was 45% lower in the aciclovir group compared to placebo at 12 months; this was particularly beneficial in patients with a known history of stromal HSV keratitis.

Other oral anti-viral agents include newer agents such as valaciclovir, which has higher bioavailability than aciclovir and is well tolerated. It also has a less frequent dosing schedule than acyclovir, which patients can find more convenient.

Herpes zoster ophthalmicus (HZO) is caused by the reactivation of VZV after primary infection. Vaccination of older adults with the zoster vaccine is recommended to lower the risk of HZO. The Zoster Eye Disease Study currently underway will investigate the role of prolonged oral valaciclovir as prophylaxis for HZO-related complications such as keratitis and iritis.

While fungal ulcers represent a relatively small percentage of infectious keratitis in temperate climates, this proportion dramatically increases in tropical climates. Risk factors for fungal keratitis include trauma with vegetative matter, diabetes, immunosuppression and use of long term topical steroids. Fungal keratitis often has a more insidious onset and worse outcomes compared to bacterial keratitis, and a Cochrane review in 2008 concluded that there was no evidence that any currently available or investigative antifungal agents were effective.

Topical treatments include natamycin 5%, amphotericin and voriconazole 1%. Topical natamycin 5% was approved by the FDA in the 1960s, but is limited by its poor penetration into the corneal stroma. There have been no new approved topical agents since then. Voriconazole, a newergeneration triazole anti-fungal agent, has shown great promise as it has excellent ocular penetration and a 100% in vitro susceptibility profile to common ocular fungal pathogens.

The Mycotic Ulcer Treatment Trial (MUTT) 1 was a double-masked RCT, conducted in India and Nepal, to compare topical natamycin 5% versus topical voriconazole 1% in the treatment of smearpositive filamentous fungal ulcers such as Fusarium and Aspergillus. After enrolment of 323 patients, the trial was stopped as those randomised to topical voriconazole had a statistically significant increased rate of corneal perforation or therapeutic penetrating keratoplasty (p=0.009). Those randomised to topical natamycin also had an average of 1.8 lines better BSCVA at three months compared to voriconazole (p=0.006), particularly in Fusarium ulcers.

However, despite the findings in MUTT 1, the role of oral voriconazole warranted further investigation as studies had shown a more consistent steady-state concentration in the aqueous, due to its excellent ocular penetration compared to topical treatment. MUTT 2 was undertaken as a doublemasked RCT comparing oral voriconazole versus placebo in smear-positive filamentous fungal keratitis. All patients received both topical natamycin and topical voriconazole. There was no difference in the rate of corneal perforation, need for therapeutic penetrating keratoplasty, vision or scar size between the two groups. Subsequent subgroup analysis found a possible benefit to oral voriconazole in Fusarium ulcers, but the oral voriconazole group experienced more adverse events, such as elevated liver function tests and visual disturbances.

Other potential adjuvant therapies for fungal keratitis include intracameral and intrastromal injections of voriconazole, but these regimes require well-designed RCTs to elucidate their role within the fungal keratitis management paradigm.

LOOKING TO THE FUTURE

Culture-negative keratitis remains a significant problem for clinicians, particularly in fungal and atypical bacterial keratitis, as these organisms can take weeks to culture. The potential use of next-generation sequencing (NGS) to directly identify and classify non-human DNA and RNA sequences in complex organisms can improve diagnostic accuracy of infectious agents. However, availability and cost remain barriers to its widespread utility at present.

Other potential treatment modalities for bacterial and fungal keratitis include corneal collagen cross-linking (CXL), where the use of photochemically activated riboflavin has been postulated to have a direct anti-microbial effect, as well as strengthening the cornea to resist enzymatic degradation. CXL is currently used in the management of progressive keratoconus and corneal ectasias. Case series and smaller RCTs have demonstrated mixed results but largerscale, well-designed RCTs are required to fully assess the utility of CXL in the treatment of infectious keratitis.

There is still much to learn about the optimal management of infectious keratitis but what we do know is that prompt diagnosis and management are essential.

Dr Sing-Pey Chow is a Brisbane-based ophthalmic surgeon with subspecialty fellowship training in cornea. She is based at the Terrace Eye Centre and holds a public appointment at the Royal Brisbane and Women’s Hospital. She is a Senior Lecturer at the University of Queensland and sits on the Ophthalmic Research Institute of Australia (ORIA) Research Advisory Committee and Royal Australian and New Zealand College of Ophthalmologists (RANZCO) Young Fellows Advisory Group. She was awarded an Association for Research in Vision and Ophthalmology (ARVO) Travel Grant in 2016 for her work on corneal transplantation outcomes.

Dr Sing-Pey Chow will present an update on corneal infections and their complications at the 2019 MasterClass Optometrist Conference in Brisbane on 27 October.

Other speakers will include Dr Lawrence Lee, who will speak on the myopia epidemic, Dr Lindsay McGrath who will present on anterior segment examination, Dr Diana Conrad who will provide an update on uveitis, Dr Graham Lee on MIGS, and Dr David Hilford on interpretation of the retina using optical coherence tomography, fundus fluorescein angiography and more.

The Masterclass will be held at QUT’s Gardens Point Campus, Brisbane.