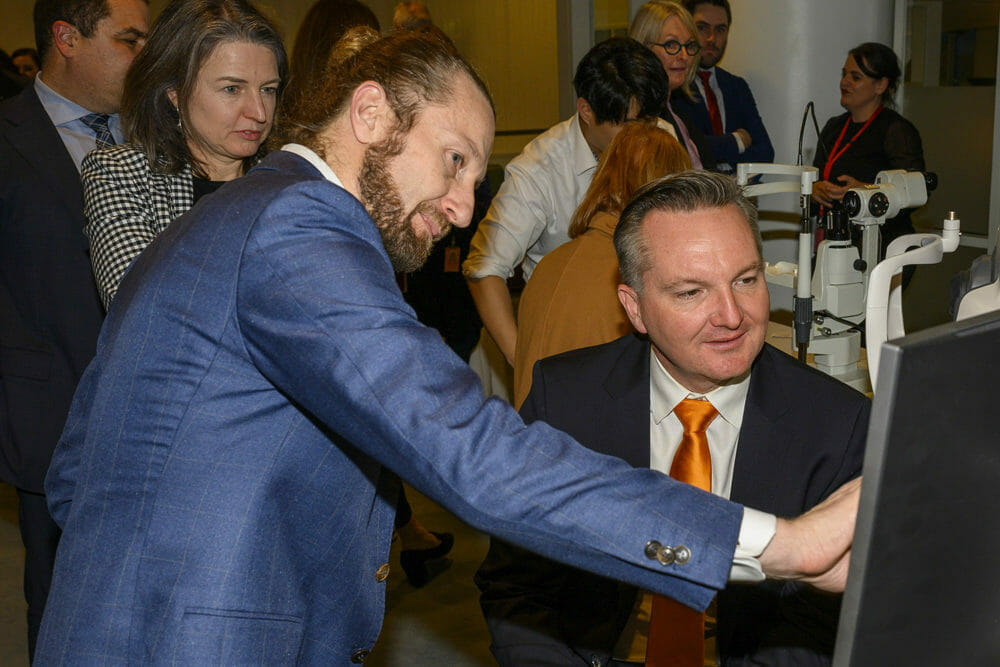 A screening for diabetic eye disease at Parliament House in Canberra, organised by Diabetes Australia, has been successful in attracting and engaging the interest of more than 23 Australian Federal MPs and Senators.

The aim of the screening was to raise awareness of the KeepSight program and to educate parliamentarians about the importance of screening for diabetic eye disease, the leading cause of blindness within the working population.

We shouldn’t be surprised when people are amazed at what optometry does and equally, we shouldn’t underestimate the need to advocate our value 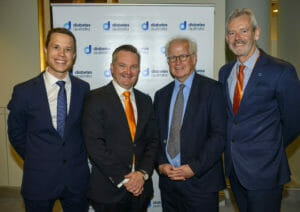 Led by Diabetes Australia, with the support of Vision2020 Australia, KeepSight has attracted broad-based cross-sector support with endorsement from Optometry Australia, RANZCO and leading diabetes organisations.

Rowan Ramsey MP and co-Chair of the Parliamentary Friends of Diabetes Group, hosted the screening event. Speaking to mivision, he acknowledged the support of government, in particular the Health Minister Greg Hunt, who committed AU$1 million to launch KeepSight last year, and has committed a further $1.5 million in 2019/20.

He said successfully administered, KeepSight will make the management of diabetic eye disease less costly for the tax payer and the health system.

“Anything we can do, anyone we can discover early who has diabetes, anyone we can find with problems with their eyes which are treatable, they are all bonuses,” he said. “It’s primary healthcare, preventative medicine and I fully support it”.

Chris Bowen, Federal Member for McMahon, and Shadow Minister for Health, attended the screening to have an eye check because of his interest “in the particular link between diabetes and eye health and what more we can be doing to deal with blindness and vision impairment as a result of diabetes.”

Having had his retina checked and received a clean bill of eye health by Specsavers optometrist Jimmy Park and Director of Optometry Dr Ben Ashby, he said he would take “a keen interest” in ensuring the Australian Government continues to fund the KeepSight program.

Also in the room was Steve Georganas MP, Member for Adelaide, South Australia whose interest in diabetes and diabetic eye disease was triggered by his father. “Dad had type 1 diabetes but he lived with good health until he died age 89 years. There were no limbs lost and no sight lost because he looked after himself and had his eyes checked,” said Mr Georganas. He added that KeepSight was a “great” initiative for eye screening.

Peter Larsen, formerly Optometry Director for Specsavers ANZ and now the organisation’s Group Eye Health Strategy Director, was also at the screening in Canberra. He told mivision that the Government’s continued commitment would be essential to see the program succeed.

Mr Larsen compared eye health services for people with diabetes in Australia against the services delivered in the United Kingdom where diabetic eye disease is no longer the leading cause of blindness within the working age population.

“The care that Australia provided to people with diabetes in the 1980s was far better than that provided in the UK. Now the opposite is true. It is not because we don’t have enough care, it is because diabetes management requires a coordinated effort, and coordination needs government support. We need their support to create a process for care that connects all providers. In that way, we will be able to collect and understand the data, then effect solutions that solve the problem.”

He said the opportunity to screen the eyes of parliamentarians reminded them about the important role optometry plays in the management of patients with diabetes.

“Optometrists often presume people understand what we do, but often this isn’t the case. A lot of people have a surface awareness of diabetes yet they aren’t aware of how it affects the eye or how the eye can be a real marker to the state of a person’s glucose control. So, this is an opportunity to change that.

“We shouldn’t be surprised when people are amazed at what optometry does and equally, we shouldn’t underestimate the need to advocate our value.”

Taryn Black, Diabetes Australia’s National Policy and Programs Director, said there had been great support for KeepSight right across the eye and general health sector.

“This is an exciting initiative that enables the National Diabetes Services Scheme (NDSS) database to be used to proactively target people with diabetes.

“The aim is to find the 50% of people with diabetes who are not currently having regular eyes checks, and to send them regular alerts and notifications to encourage them to do so,” she said.

“To find that 50%, we need to understand which people are having eye checks. The idea is to get people with diabetes who are currently having their eyes screened to sign up to KeepSight and to record the date of their last eye check. This is where all optometrists can really help, because they can encourage people to sign up or even register the patient on their behalf via a simple online process.”

The KeepSight registry will then be checked against the National Diabetes Services Scheme (NDSS) database (which includes nearly all people with diabetes in Australia), to determine who is not currently having their eyes checked.

KeepSight launched with a mass marketing program at the end of March to drive awareness and will soon commence a consumer activation campaign.

“We have been doing market research to really understand the issues faced by people with diabetes and the barriers to screening – it’s a complex condition and people with diabetes are not a homogenous group of people – there are different types, ages and stages of diabetes. We have type 1 diabetes, type 2 diabetes, different demographic groups and people who have lived with the condition for different periods of time. As well as that, there are those who are engaged and others who are disengaged with the management of their condition. We need to understand all these groups, their motivators and barriers so that we can get the messaging right.”

Ms Black said trials to test different messages with specific groups had generated a positive response. Importantly, as the group spearheading KeepSight, she said the trials clearly indicated that Diabetes Australia is a trusted voice and that people respond positively to alerts and reminders sent – it is seen as ‘diabetes talking to diabetes’.

Of course, catching diabetic eye disease in its early stages is critical, but wouldn’t it be best if we could significantly reduce the overall incidence of diabetes – both type 1 and type 2.

Referring to type 2, which is largely avoidable, Rowan Ramsey MP described the situation as “a bit of a conundrum”.

“We know lifestyle choices are not the only things that predetermine diabetes type 2 but they are very large players… if you’re overweight, it you live a sedentary lifestyle, if you don’t eat well, you are greatly increasing your chance.

Describing diabetes as the leading cause of coronary heart disease, blindness, and amputation, he said reducing the incidence of type 2 diabetes is largely reliant on education and engagement.

“These people need to do more than understand, they need to do – it’s not just about popping a pill, the person (with type 2 diabetes) has to be involved in its management.”

For type 1 he said there is more hope. “This is a relatively contained group, and we’re making great strides with the constant glucose monitoring and huge investment in clinical trials and we’re hoping one day to find a cure.”