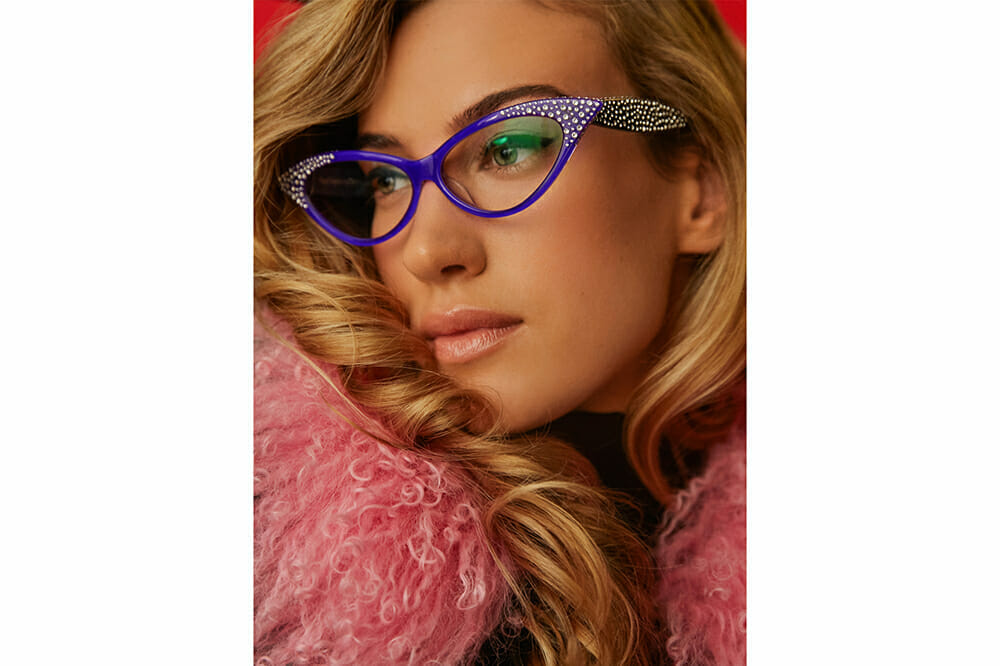 Australian designer, Paul Taylor, has created a brand that’s bold, beautiful and quite simply, out of the box… Fashion savvy customers can’t resist it. 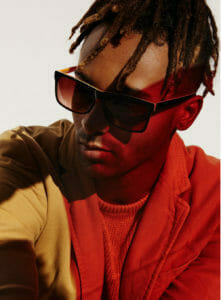 Paul Taylor’s career as an eyewear designer happened by chance, when a high school teacher thrust a book of careers at him and suggested he take a look.

“I opened it up and blindly pointed down the right hand page. For some reason, the words ‘optical mechanic’ seemed to leap out at me,” he said.

That was when Paul was just 17 and soon after, he was working as an apprentice optical mechanic with OPSM, out of the company’s laboratory in Mary Street, Surry Hills, Sydney.

“I worked as an optical mechanic for nine years, and to be honest I acquired severe itchy feet by the end of that time – I had a huge desire to see the world.”

When an opportunity arose to work as an optical dispenser with Anthony Simon Optometrists in Cremorne, Sydney Paul took it, and a few years later, he was offered a management role.

“I considered it seriously but I turned it down in favour of travelling overseas. It was a big step that made me nervous at the time, but it was the right decision because it inspired me to be fearless in my future career and life moves,” he explained.

A NEW WORLD OF DESIGN

Indeed, when he returned to Australia two years later, Paul found a whole new world opened up for him, beginning with a position managing Cindy Tseu Optometrists in Newtown, in Sydney’s inner west. 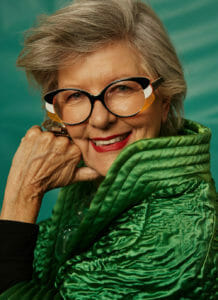 “I only took the position because Cindy was adventurous and different. She had a fantastic creative business that I was attracted to, and it was here that my career in design started.”

In 1993, a university student walked into the practice wanting a cat’s eye frame. At the time, there were next to no cat’s eyes in the market so Paul decided to design one for her.

“Being creative in other areas like photography, antique furniture restoration, picture framing, to name a few, I had no inhibitions. Without even thinking about it I grabbed a pencil, rubber and a piece of paper and drew the design I had in mind. I cut the shape out in cardboard and showed her what it would look like on her face. She loved it! We held each others’ hands, it was an incredible feeling… I could feel the electricity between us.”

Paul had the design made up in brilliant red and when it was completed, he contacted the student.

“To my major disappointment, she never returned my calls – and I never heard from her again, ever – I was devastated.”

However little did he know that his design would go on to provide a return for years to come.

“Having not even taken a deposit for this expensive ‘one off ’ design, I apologised to Cindy and suggested we try to sell it. I placed it on the display stand and the first lady that walked in to the shop gravitated towards it. I remember her screaming, ‘I love it!’ and buying it without hesitation. It was only then that I realised the angels were guiding me towards design.”

THE ESTABLISHMENT OF PAUL TAYLOR

Three months later, Paul opened the Paul Taylor flagship store in Paddington, Sydney and six months after that, began wholesaling his frames to other eyewear practices. To this day, his original M001 cat’s eye design remains a significant part of his collection, with a cult following. Additionally, most of Paul’s other designs reference the upswept lines that are so prominent in the M001, because he says, “they give the face a lift, and defy gravity”. 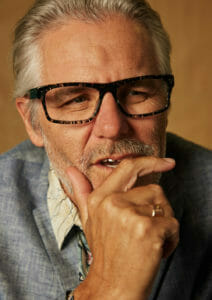 Interestingly, Paul says he continues to design frames with a specific person in mind.

“Take the ‘Borgo’ for instance… I was travelling from Sydney to Melbourne on a deadline, which meant I had to drive the whole way without a break. I was just outside Bega in southern NSW, and beginning to ask myself how I was going to make the distance, when out of the bushes appeared a German backpacker hitching a ride.

“I pulled over and gave Borgo a ride to Melbourne… the next five or so hours went so fast it felt like only an hour had passed. The conversations were stimulating and I wanted to give this guy a pair of my sunglasses only I had nothing to suit his small face. So I designed the ‘Borgo’. Unfortunately, like the angel who got me started in design, I never saw the German backpacker again. It was not possible to contact a free spirit with no computer or phone.”

Ultimately, when it comes to designing eyewear, Paul says comfort, quality and style are paramount and are the features that keep his customers coming back for more.

“I don’t follow trends, they are boring and are for brands that have no vision and lack self direction. I design eyewear to complement the eyes and that become the wearer’s signature look. The design flair and colour of the frame expresses the wearer’s personality, it adds to their character. It helps them exude confidence.

On branding and logos he said, “ I don’t brand my designs with a logo on the temple – the branding is in the design itself, my designs are ‘distinctively Paul Taylor’ and recognised as such by my followers.

“My wearers love being asked what eyewear or sunglasses they are wearing and most of all they love the feeling they get because they’re wearing something designed with passion… I have never seen an unhappy Paul Taylor wearer, they are always smiling, they just love looking fabulous.”

Along with Paul’s frame shapes, it’s the colours that really make them stand out. He sources 80% of the acetate material used from the Italian manufacturer Mazzucchelli, and often works with them to come up with the specific colour or tonal detail he has in mind. All components, including a selection of Carl Zeiss lenses for his sunglasses, are sourced from Germany in recognition of their extreme strength and longevity. The manufacturing takes place in Japan. 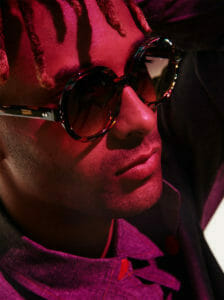 “I have thought about manufacturing myself – it would be a great challenge, however I have no time for it. In Japan they use the latest technology and craft my frames to specification for the highest quality, which is very much appreciated by my wearers,” he said.

Although Paul has never been recognised with any awards for his frame designs, he says he feels like a winner when he sees his eyewear on other designers and celebrities. “This is the greatest endorsement of all, and a huge honour to be recognised by other creative people,” he observed.

As for what’s up next, Paul plans to continue to be inspired by the many different faces and personalities of the people he meets. Right now, he is redeveloping the PT Street Collection and watch this space because, he’s promised it’s going to be both “funky and spunky!”