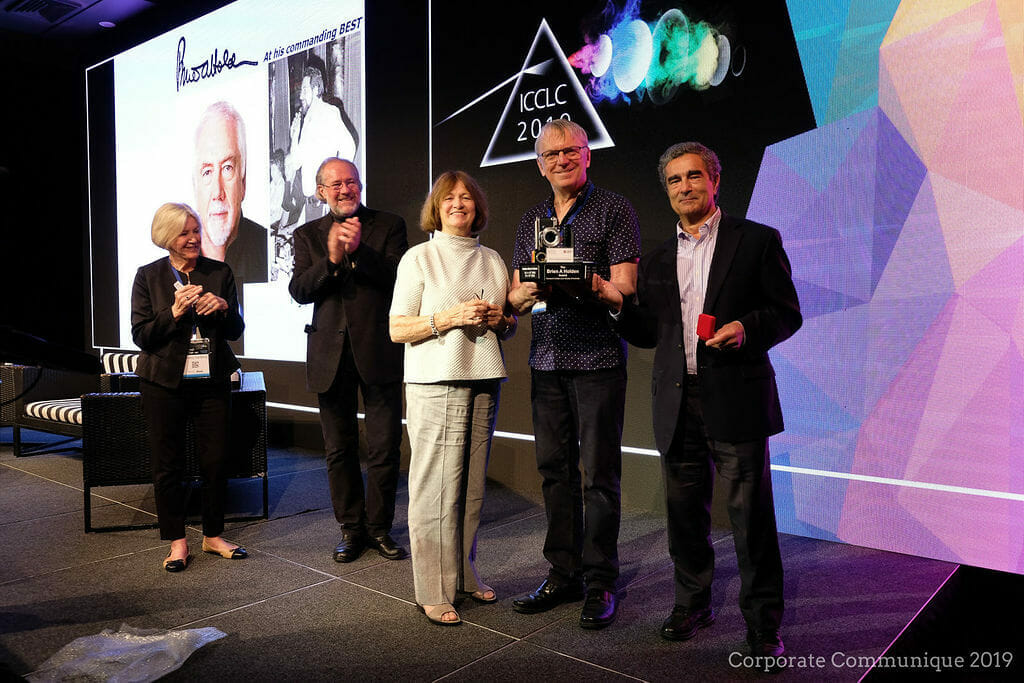 The Cornea & Contact Lens Society of Australia (CCLSA) has established The CCLSA Brien Holden Memorial Award & Lecture in recognition of the late Professor Brien Holden OAM. The award was presented for the first time, at the 17th ICCLC in Noosa, October 2019, to Lewis Williams PhD and Steve Zantos PhD.

Prof Holden was also a key driver behind the CCLSA research awards, initiated in 1973. Since then over AU$600,000 in grants have been awarded to leading optometrists, and international contact lens research, practise and industry. Prof Holden was instrumental in helping millions of people around the world to see. He collaborated with over 360 people on research papers, and set the standard for much work in corneal physiology and related fields. Globally recognised, Prof Holden was awarded honorary doctorates and in 2014 received the American Academy of Optometry (AAO) Charles F. Prentice Award. The AAO created the Brien Holden Humanitarian Award,1 which honours and reflects Prof Holden’s interest in public health and humanitarian endeavours.

Dr Williams worked behind the scenes in many of the CCLRU projects and is experienced in developing instrumentation and adapting photographic equipment for research purposes. He has been a key person in the International Association of Contact Lens Educators (IACLE), creating much of the content in the various modules they have developed and disseminated over the years.

Board Changes at Optometry Australia