The long-awaited new Medicare Benefits Schedule item for minimally invasive glaucoma surgery (MIGS) as a standalone procedure for patients with open-angle glaucoma has been approved. 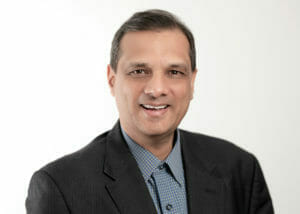 The Medical Services Advisory Committee (MSAC) has approved the new item number, ruling that MIGS has an acceptable safety profile and may delay or avoid the need for trabeculectomy in some patients who are not adequately controlled with medical therapy.

The Australian Society of Ophthalmologists (ASO) has been at the forefront of efforts to argue the case for MIGS as a standalone procedure for over two years, ever since approval for use of the goniotomy item number for MIGS use was summarily revoked in May 2017. Revocation led to severe limitations on clinicians’ ability to use this next generation microsurgical technology.

This was always about people with glaucoma having access to the widest and most modern range of treatment options, and the injustice that arises when that access is denied

ASO Vice President Dr Ashish Agar said the decision is proof positive that advocacy works, and that the ASO was right to go into bat for glaucoma patients.

“This was always about people with glaucoma having access to the widest and most modern range of treatment options, and the injustice that arises when that access is denied,” he said. “It’s a win for them first and foremost, and a concrete example of what your ASO and our partners can achieve for those who rely on us to save their sight.”

Soon after the setback in 2017, and in response to ASO representation and lobbying, the Federal Health Minister Greg Hunt facilitated an expedited submission process, with the ASO as the principal applicant to MSAC to regain an item number for MIGS use.

ASO says this achievement, in near record time for a new item number listing, was testament to the strength of the argument and also to Minister Hunt’s support.

However the second part of the original submission, dealing with ‘standalone’ MIGS, where surgery is performed independent of concurrent cataract surgery, remained elusive.

Undaunted, the working group continued to engage with MSAC, which earlier this year hosted a meeting to discuss the group’s concerns. MSAC requested special conditions and guidance on the use of MIGS be incorporated. In response another submission was developed, and again the team was fortunate to gain expedited processes for the resubmission.

“There are some details for us to work through from MSAC in terms of guidance for usage, as there are some limitations aimed at ensuring MIGS use is in keeping with best-practice glaucoma management, and we shall begin the process with ANZGS in particular to develop these in coming weeks,” he said.

“It’s not every day that we get a regulatory outcome supporting the use of new technology, given the inherent costs involved,” he added. “The ASO is grateful for the hard work and expertise of the working group, and in particular, I would like to extend my thanks to Dominic Tilden from Thema, Glenn Fawcett from Glaukos, A/Prof Paul Healy from ANZGS and Annie Gibbons from Glaucoma Australia”.

University of Western Australia to Offer Doctor of Optometry Degree