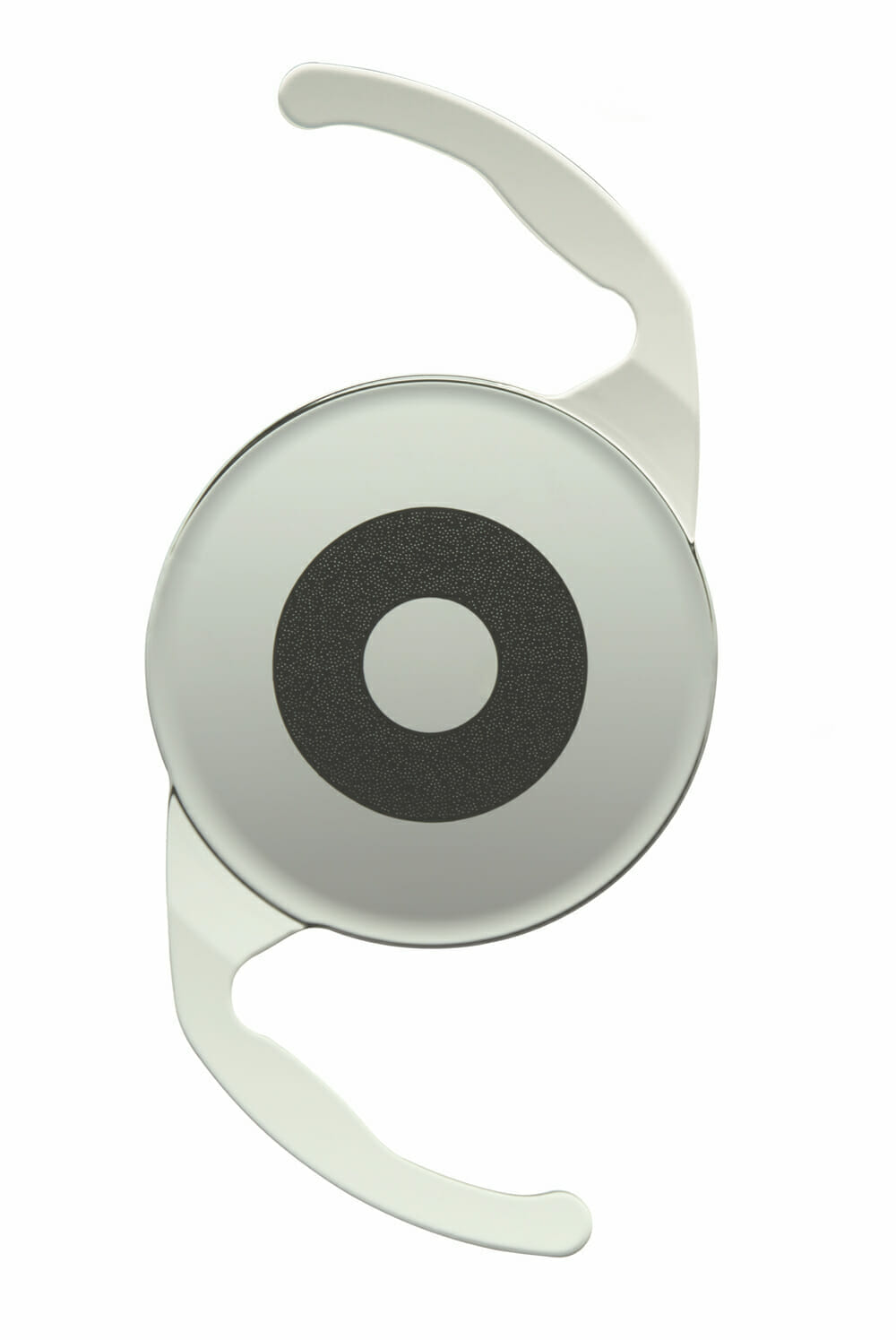 There is growing interest in the use of pinhole or small-aperture optics to correct for presbyopia. A small aperture can offer an increased range of vision, particularly in the intermediate zone, for tasks that are crucial to patients’ everyday activities such as texting on a smartphone and the use of other devices. The IC-8 intraocular lens (IC-8 IOL, AcuFocus) leverages the pinhole optical effect in a one-piece, hydrophobic acrylic, posterior chamber monofocal IOL that has been shown to provide an increased range of vision from far to near, by extending the depth of focus.1,2 The technology eliminates unfocused peripheral light rays and allows only central rays to focus on the retina.3 The result is enhanced image resolution for intermediate and near vision, that does not sacrifice distance vision.

patients who tolerate monovision well are likely to be more successful; I always have them work with their optometrist for a monovision trial 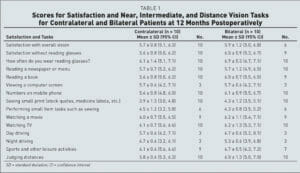 Table 1. Scores for satisfaction and near, intermediate, and distance vision tasks for contralateral and bilateral patients at 12 months postoperatively.4

His prospective, non-randomised, noncomparative study included 10 patients who received the IC-8 IOL in one eye and a monofocal implant in the other, and a second group of 10 patients who received the IC-8 IOL in both eyes. Patients in the bilateral group asked for implantation in the fellow eye if they were satisfied with their first IC-8 IOL. Patients were observed for at least 12 months after surgery, and he compared visual acuity, patient satisfaction, ease of task performance, visual symptoms, defocus curves, and contrast sensitivity between the two groups.

For both bilaterally and contralaterally implanted patients, the mean uncorrected (UDVA) and corrected distance binocular acuities (CDVA) were 6/7.5 or better at all distances. All patients had 6/9.5 or better binocular UDVA and CDVA at all distances. Dr Ang further reported that the improvement in binocular uncorrected intermediate (UIVA) and uncorrected near visual acuity (UNVA) was 0.5 to one line greater in patients receiving the IC-8 IOL in both eyes. Bilateral implantation extended the depth of focus range by 0.25D, he noted, writing that the mean log contrast sensitivity was similar in both groups for mesopic without glare and with glare conditions at all spatial frequencies (P > .05).

“Bilateral patients had better overall satisfaction, satisfaction with near tasks, and spectacle independence, and they rated many near tasks as easier to perform,” he wrote (Table 1).

In his conclusion, Dr Ang said the results demonstrated that both contralateral and bilateral implantation of an IC-8 IOL provide excellent visual acuity across all distances. He went on to note that careful patient selection and optimisation of refractive targets are important for successful bilateral outcomes.

Dr Ang’s results are encouraging in terms of the visual outcomes comparing lateral and contralateral implantation; however, I would ideally like to see data from a larger group of patients. Pupil size was not discussed, and I believe that it is an important consideration. When selecting appropriate candidates for the IC-8 IOL in my practice, I pay close attention to patients’ daily activities, hobbies, and how much night vision they require. Lifestyle considerations are key, so the use of a thorough questionnaire in the screening process is essential. It is also worth noting that younger patients in their 50s and 60s are increasingly seeking refractive lens exchange procedures, and their needs may differ from patients in their 70s and 80s.

When I implant the IC-8 IOL, I perform surgery on the steep axis to reduce the impact of astigmatism with regard to pinhole optics – my upper limit for astigmatism is 1.50D. In my view, astigmatism greater than that can compromise overall image contrast and visual quality.

I am a firm believer that all patients have different needs. There is no such thing as one size fits all, therefore I incorporate the spectrum of implant technology in my practice. Relatively myopic patients are, in my view, good candidates for the IC-8 IOL, as they do not always fare as well with standard multifocal implants, extendeddepth- of focus lenses, or traditional trifocals. In my experience myopic patients, in particular, benefit from the contrast the implant provides. In fact, the pinhole effect of the IC-8 IOL achieves a sharper contrast at near than current multifocal technology. Secondly, patients who tolerate monovision well are likely to be more successful; I always have them work with their optometrist for a monovision trial. The third type of patient for whom the lens works well are those with a small pupil. I am inclined toward the IC-8 IOL for patients with a pupil size of less than 5mm.

One last class of patients for whom the IC-8 IOL is an excellent option are those who have had previous laser refractive surgery, radial keratotomy (RK), or in some cases, keratoconus and trauma. RK patients are pleased with their result because the implant corrects existing aberrations. I implanted the lens in an 18-year-old Iraqi boy who was suffering from a distorted pupil caused by an explosive device. He only had about three or four clock hours of iris, and I was lucky to do the surgery without much additional trauma. Although the IC-8 lens was slightly decentred due to his anatomy, he was still able to see 6/9 and read about N 10 postoperatively.

I usually tend toward unilateral IC-8 IOL implantation, as I am cautious about any loss of contrast for night driving. Similarly, contrast can be a concern in glaucoma patients with visual field loss, and in these cases I prefer monofocal lenses over any multifocal technology. However, in early glaucoma, with no or very little visual field loss, this is not a major issue. In the absence of these caveats, in my opinion, bilateral IC-8 IOL use can be considered.

After having implanted more than 100 patients with the IC-8 IOL, I am very excited about the technology’s benefits and am pleased with the visual results. I estimate about 90% of patients are spectacle free. Just as with any premium technology, patient selection is paramount. Bilateral implantation is the new frontier, and I look forward to more data and experience with this possibility.

Dr Michael Shiu, MBBS FRANZCO FRACGP, is in practice at the Laser Sight Centre in Melbourne. Dr Shiu specialises in the treatment of cataract, macular degeneration, glaucoma (medical, laser and surgery), and laser refractive surgery. He undertook fellowship training in ophthalmology at the Royal Victorian Eye and Ear Hospital, completing the Glaucoma fellowship at the same institute. He has been an examiner at the Royal Australian and New Zealand College of Ophthalmologists (RANZCO) and is a member of the American Society of Cataract and Refractive Surgery and the Australian and New Zealand Glaucoma Interest Group. 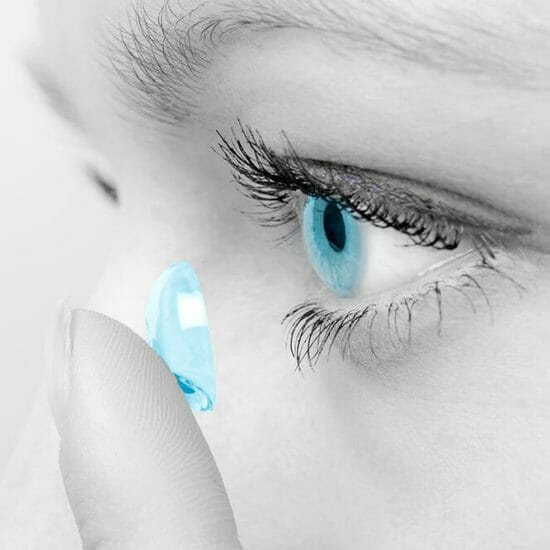 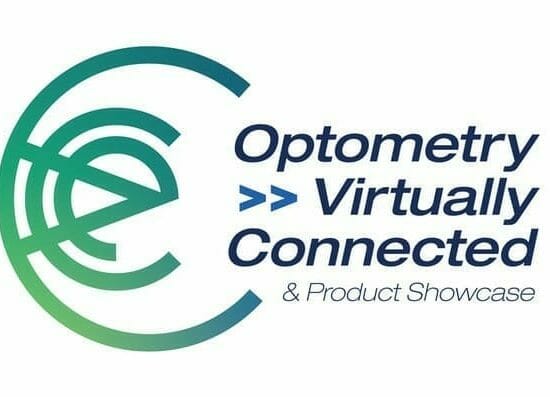