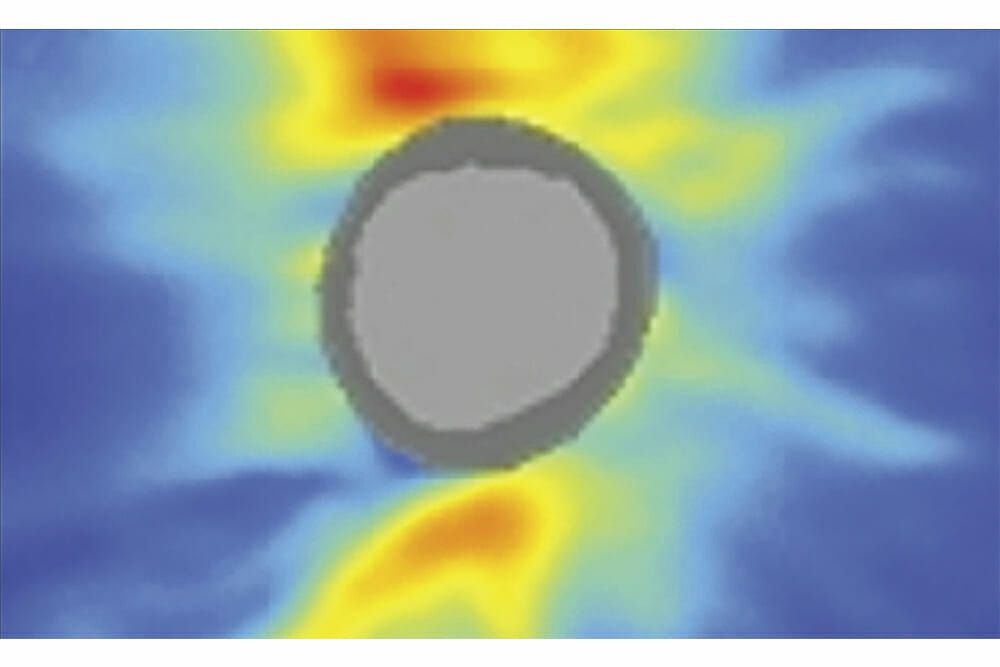 24-2C visual field testing combines the speed of SITAFaster with an additional 10 points incorporated into the 24-2 grid. Dr Jack Phu discusses key clinical considerations to determine the value of 24-2C for diagnosis and management of patients with glaucoma and glaucoma suspects.

Visual field testing is one of the critical pieces of glaucoma assessment.1 The integrity of the visual field is used for disease staging, treatment titration and, importantly, correlation with the patient’s anticipated quality-of-life.2,3

The 24-2 test grid has become a clinical standard for assessing the visual field in glaucoma due to its focus on regions most likely to be affected with the disease.4,5 In the last few years, the importance of the central visual field has been underscored. The central degree radius of the visual field is critical for fine detailed tasks such as reading. Under current collaborative care guidelines, significant defects within this region of the visual field may also represent an advanced stage of glaucoma.6

Performing visual fields in practice presents a challenge to the clinical workflow. Recent innovations in thresholding algorithms, such as SITA-Faster, have significantly shortened the time required for testing.7,8 Despite these innovations, it is often impractical to perform two test grids such as the 24-2 and 10-2 at the same clinical visit.

As a strategy to overcome this practical limitation, the 24-2C was commercially introduced on the Humphrey Field Analyser in early 2019. It combines the speed of SITA-Faster with an additional 10 points incorporated into the 24-2 grid.

The 10 additional points were described to have been chosen from common areas affected in glaucoma. The distribution of these points is asymmetric, so a typical ‘hemifield’ test is not yet available for evaluating defects here. In addition to a typical sensitivity and probability score, the overall test provides a mean deviation and pattern standard deviation as well.

Most relevant to clinicians is how it performs in practice. There are a number of clinical questions presented below that are relevant to deciding on the use of the 24-2 and 24-2C. At the Centre for Eye Health, we performed a study examining these, and other key questions relating to the clinical usage of the 24-2C in patients with glaucoma and glaucoma suspects.9

Global results, such as mean deviation (MD), pattern standard deviation (PSD), and Glaucoma Hemifield Test (GHT), are often used by clinicians to identify glaucoma progression or conversion. None of these indices were found to be significantly different between 24-2C and 24-2.

Another parameter of interest is whether there are differences in the identification of clusters of significant visual field reduction, which is also used for case detection. The ‘cluster criterion’ of three or more points of reduction was not found to be significantly different between the test grids.

Therefore, there were no significant differences, from the perspective of merely using global indices, for grading glaucoma or for case identification.

What is the difference in test duration?

The addition of 10 points is expected to increase the test time. As we’ve previously established, SITA-Faster is much more time efficient than SITA-Standard,8 and when we compared the SITA-Standard 24-2 with the SITA-Faster 24-2C, the same result was found. When comparing 24-2 and 24-2C grids, when SITA-Faster was used for both, the extra 10 points only added approximately 30 seconds. In clinical practice, this extra time is unlikely to be significant.

Given the widespread use of macular scans for glaucoma assessment (such as the ganglion cell analysis), we examined whether the additional points of the 24-2C grid improved the ability to identify concordant structure-function loss in patients.10 By nature of having a greater number of points within the central visual field, the 24-2C was able to identify more defects.

However, the placement of five of the 10 points (half) did not actually correlate with the region scanned by the Cirrus optical coherence tomography (OCT) ganglion cell analysis map. This is because when performing structure-function correlations in glaucoma, one must account for the displacement of ganglion cells in the macular region (Figure 1).11 Due to this displacement, the edge points of the 24-2C central test locations ‘fall out’ of the OCT test grid, and thus serve no purpose for this structure-function relationship.

The 24-2C adds very little time, but there are no apparent differences between 24-2 and 24-2C in their ability to stage or identify cases of glaucomatous field loss. In fact, the presence of central defects is often signalled by losses in the current 24-2 anyway. The test location selection is not ideal for making structure-function correlations with the ganglion cell analysis grid where only half of the points overlay the structural grid. Clinicians should be mindful when performing such correlations in practice, irrespective of the OCT device used, due to the issue of ganglion cell location displacement arising from Henle’s fibres.

A 34 year-old patient was referred to the Centre for Eye Health for glaucoma management. She was found to have normal visual acuities, and pressures ranging from 14.5–21.5mmHg right and left with slightly thick corneal thickness results. Her risk profile was unremarkable. On examination, the left disc was normal. The right disc was large in size with a larger cup and a notch at the inferotemporal neuroretinal rim. There was a corresponding retinal nerve fibre layer defect visible on examination, and the imaging results concurred.

Visual field testing revealed a paracentral visual field defect (two points) on the 24-2. When the 24-2C was performed, a further five points were identified as anomalous. However, the 10-2 was able to optimally characterise the arcuate like visual field defect predicted from the structural results.

In this case, the 24-2 was able to identify a central visual field defect. Although a ‘cluster’ criterion was not met, it already signalled the need for a 10-2 to be conducted. A 24-2C showed a more arcuate like defect, but the sparseness of test points was unable to carefully characterise the breadth of the visual field loss.

Dr Jack Phu is the Centre for Eye Health Lead Clinician (Glaucoma) and is also an Associate Lecturer at UNSW. Dr Phu is a clinician scientist with his research focussed on glaucoma, retinal disease, structure-function relationships in the eye and visual psychophysics. His research has been published extensively in renowned scientific journals.

The paper Ability of 24-2C and 24-2 grids in identifying central visual field defects and structure-function concordance in glaucoma and suspects by Dr Phu and Prof Kalloniatis is available open access in the American Journal of Ophthalmology. Questions should be directed to jack.phu@unsw.edu.au.