Optometrists to Check Records for Fugitive

The Victorian Police Fugitive Task Force has asked optometrists to help locate Graham Gene Potter and have offered a AU$100,000 reward for information leading to his capture. Optometrists are eligible for the reward, which will be paid at the discretion of the Chief Commissioner of Victoria Police. 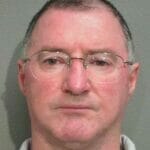 Mr Potter was born on 17 October 1957. He uses the aliases Jim HENDERSON, John PAGE, and Peter ADAMS and Police say he will use any name and will likely pay cash for consultation and glasses.

Mr Potter failed to appear on bail at Melbourne Magistrates Court on 1 February 2010 in relation to two charges of conspiracy to murder and has a prior conviction for murder.

He was last seen in Tully, Queensland in 2010, at which time he had dyed brown hair, a ginger beard and wore glasses. He was of medium to solid build and about 175cm tall.

The Victorian Police Fugitive Task Force… have offered (optometrists) a AU$100,000 reward for information leading to his capture

The Fugitive Task Force at Victoria Police would like optometrists to search their records for clients with this script or similar as it may have changed over the last 10 years.

Graham Potter is probably myopic, meaning he sees well up close, but needs a mild vision correction to see clearly in the distance. His prescription lenses are suitable for him to wear for general use – walking around, driving, shopping, working in the house or garden. He needs to remove them for close work such as reading and writing, and probably using computers. Police believe his glasses are most likely fitted with single-vision lenses.

The photo showing Potter wearing shorts is the most recent.

Any information can be passed onto Crime stoppers phone 1800 333 000 or Detective Brendan Finn: Email: Brendan.finn@police.vic.gov.au.