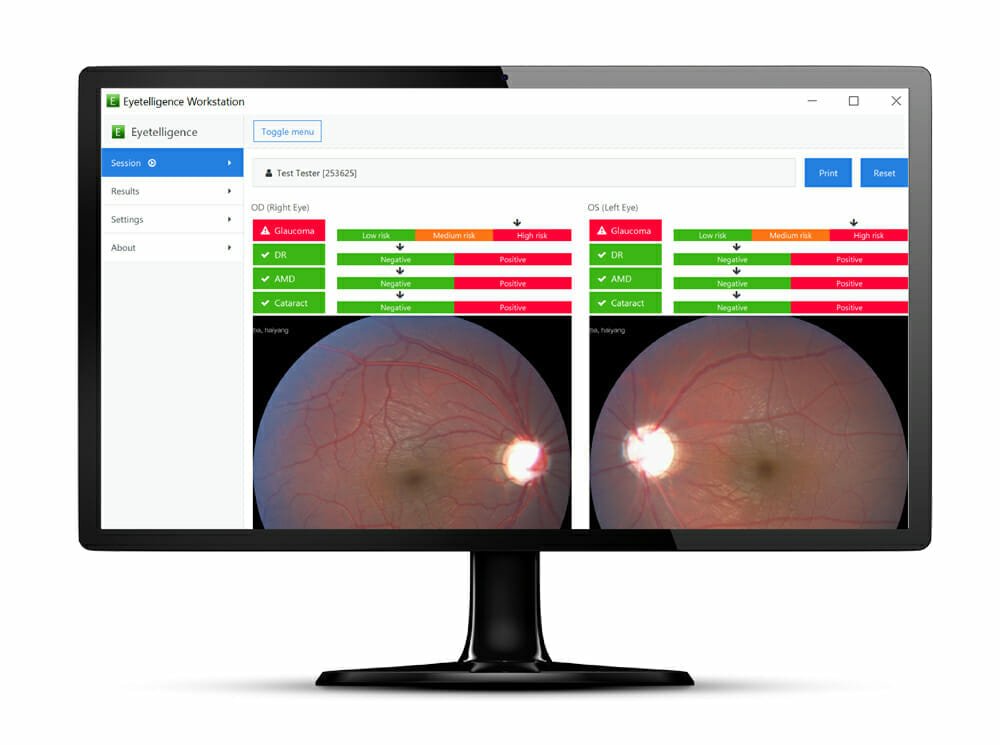 Launched in mid-2020, the platform has been described as providing improved diagnostic certainty, clinical decision support, and clinical productivity.

Since its launch, the Eyetelligence Workstation has been further improved with more accurate glaucoma detection features, including a traffic light system that stratifies each patient’s level of risk; a diabetic retinopathy grading scale; and compatibility with more instruments (Eyetelligence says technically, it’s now compatible with any white flash retinal camera).

Professor Zongyuan Ge, who heads the technical development of Eyetelligence’s AI program (he also heads the largest AI health research group in Victoria, www.monash.edu/mmai-group) said, “Our recent focus has been to concentrate on sensitivity to make the software an even more valuable tool to support the clinician’s diagnostic assessments”.

While the original accuracy rate of Eyetelligence’s AI was already 95%, Dr Ge has been able to reduce false negatives by a further 50%. Professor Harrison Weisinger, Chief Commercial Officer for the company said, “Incredibly, Zongyuan’s team was able to increase sensitivity without sacrificing specificity. This translates to even better disease detection without triggering false alarms. They did this through a combination of techniques, including the use of more difficult cases, such as isolated retinal nerve fibre layer defects and disc haemorrhages. Also, by identifying and relabelling positive cases within our 200,000 plus image database that had previously been ‘missed’ by our software, they were able to re-train the AI with higher quality data.”

Now, in partnership with Centre for Eye Research Australia (CERA) and Monash University, and having secured approximately AU$5 million in funding (the largest Medical Research Future Fund AI grant in Australian history), Eyetelligence Chief Medical Officer, Professor Ming He, Professor Zongyuan Ge and their team at Eyetelligence are refining an existing AI algorithm which can detect cardiovascular disease risks for patients via fundus images. They plan to soon have this approved for use by the Therapeutic Goods Administration.

To find out more about Eyetelligence, or request a free trial, visit eyetelligence.com.au