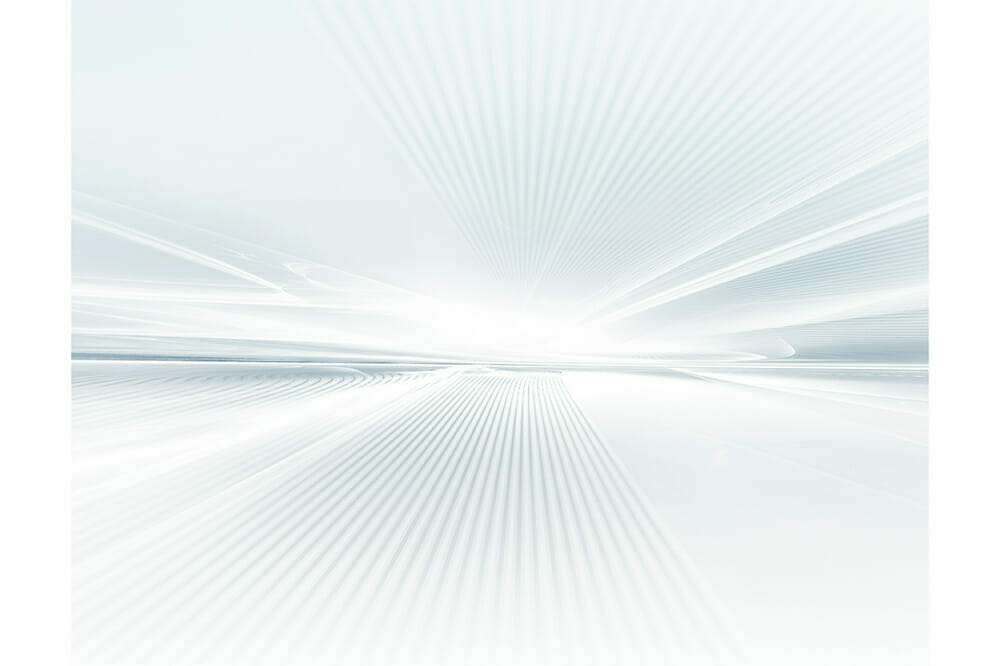 When Mingguang (Ming) He was growing up in Guangzhou China, a port city just two hours north of Hong Kong by train, his mother suggested he might become an eye surgeon.

The reason he said, was because she had suffered a retinal tear and wanted him to operate on her.

He took her wishes to heart and duly trained in medicine and then eye surgery.

Not long after he gained his qualification, he operated on his mother’s eyes… and then he moved on to even greater deeds. Today he combines his passion for eye health with a fascination of technology to expedite the detection of eye conditions, like diabetic eye disease and glaucoma, so that sight saving treatments can be commenced with speed and efficiency world-wide.

Ming grew up in a family of four, with his mother who works as a chemical engineer, his father who is a government officer for resource and energy, and his twin brother (today an experienced engineer).

As a young boy, he spent hours reading books about technology and dreamt of the potential for machine learning (ML) and artificial intelligence (AI) to change the world.

Nevertheless, when he left school at the age of 18, Ming put his interest in IT aside and applied for a position in medical school at the University of Guangzhou.

After four years of residency training, I was able to become an eye surgeon and soon after, I successfully performed laser surgery on my mother 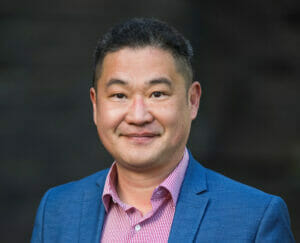 Prof Mingguang He. Photo by Anna Carlile, courtesy of CERA.

In China, unlike Australia, medical school is run as an undergraduate MBBS. Entry is highly competitive, requiring a very good academic ‘score’ from the university entrance exam. Successful students graduate as fully qualified attending doctors, which enables them to operate independently.

Ming graduated in 1993, and in pursuit of his mother’s wish, went on to train as a resident in an eye hospital. This was the only avenue to become an eye surgeon as at that time in China, there was no specialist training available to medical graduates.

“After four years of residency training, I was able to become an eye surgeon and soon after, I successfully performed laser surgery on my mother,” he said.

Asked whether he was anxious about putting his mother under the knife, he laughed.

“No, I never operate unless I feel very confident about what I’m about to do. I’d performed laser surgery a few times before I operated on my mother so I was comfortable.”

However, treating his mother did provide a real life insight into how living with eye disease can affect quality of life. It also brought home to Ming the importance of early disease detection and treatment.

“My mother recovered well from laser surgery but that was just the beginning. She developed a retinal detachment some time after, which required surgery, and then she developed cataract requiring another operation. 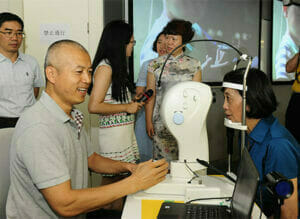 “I realised that significant eye disease is a long journey, which makes it so important to identify disease in the early phase when it’s easier to manage and achieve better outcomes.”

Back then, the reality of his mother’s situation set the direction for Ming’s career and continues to do so.

As a young eye surgeon at Guangzhou Zhongshan Ophthalmic Centre (ZOC) – one of China’s major hospitals dedicated to eye care – Ming returned to pursuing his interest in ML and AI. Impressively, with an aim to improve eye health outcomes, he and his team successfully developed China’s first AI product to diagnose diabetic eye disease. A proofof- concept study was undertaken with a nationwide diabetic retinopathy screening program.

In 2014, Ming was one of five academics from around the world to be offered a research acceleration professorship from the University of Melbourne and Centre for Eye Research Australia (CERA). The professorship would enable Ming to move to Australia with his family and be paid a salary for five years. 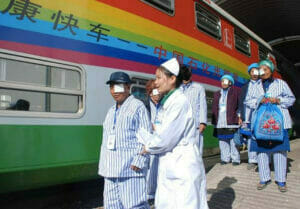 Ming said accepting was an easy decision. “By that time I was working as an ophthalmologist, and as the Chair of Department and Deputy CEO of the Guangzhou ZOC, which meant much of my day-to-day work was consumed by administration. I was left with virtually no time to pursue my growing interest in machine learning and artificial intelligence,” he said. “I could see that an appointment in Australia as Professor of Ophthalmic Epidemiology would give me the opportunity I needed to pursue my research and it would increase visibility of my research effort.”

Ming arrived in Australia in 2015 with his wife and twin boys (aged 12), and soon after was made an Eminent Fellow of the Royal Australian College of Australia and New Zealand (RANZCO). This enabled him to perform surgery without undertaking any local training.

Everything fell into place.

The University of Melbourne’s research acceleration professorship enabled Ming to continue to pursue his ultimate goal researching ophthalmic epidemiology and AI with the aim of developing new technologies that will improve health outcomes.

One of his first achievements was to develop and validate Vision at Home, an automated, self-administered, smart-phonebased visual acuity test. 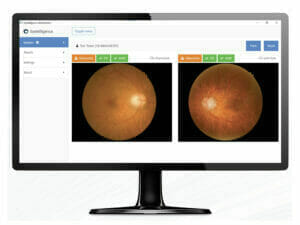 Specifically designed for use in remote communities, Vision at Home calibrates distance using face recognition technology, and has an accuracy level similar to tests taken in clinical settings. The innovative software won Ming the 2016 Google Impact Challenge prize, worth $750,000.

Another achievement, enabled by a 2015 BUPA Health Foundation research grant, further supported by a $300,000 grant from the Medical Research Future Fund in 2016, and an NHMRC project grant in 2018, was to deploy an automated, web-based screening system (EyeGrader). EyeGrader uses AI to identify people at early risk of blinding eye diseases including diabetic degeneration and cataract.

The AI tool’s algorithm was the one Ming had developed in China. It was trained over five years using more than 200,000 images of the back of the eye and has been found to be highly accurate. After taking a photo of the back of the patient’s eye, the AI system scans for signs of disease and prints out a report identifying if the patient should be referred to a specialist for further assessment and treatment.

EyeGrader has been trialled in China to see whether it can increase the efficiencies of image graders working on Lifeline Express – a mobile charity eye hospital that provides free eye examinations and surgeries for underprivileged patients in Mainland China.

Inspired by “medical trains” in India, the first purpose-built hospital eye-train was established in China in 1997 by a Hong Kong-based not-for-profit. Since then more eye-trains have been delivered, each with a consultation clinic, a sanitisation room, two operating theatres, a recovery room with patient beds, a multi-function conference room and living quarters for medical staff.1

What started as a service for cataract patients was quickly expanded to include screening for diabetic eye disease – a much needed service in a country where around 11% of the population has diabetes due to diet and lifestyle changes.2 Indeed, according to the diabetes atlas of the International Diabetes Federation, China has the largest number of patients with diabetes in the world, accounting for 24% globally of patients with diabetes.2 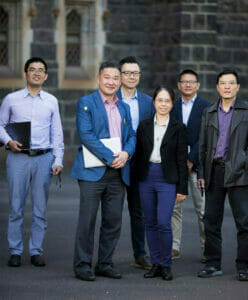 The team at CERA. Photo by Anna Carlile, courtesy of CERA.

The challenges of meeting the needs of this population group are further compounded by the country’s vast geography and a shortage of ophthalmologists. There are only around 28,000 ophthalmologists in China – the equivalent of 20 per one million people, compared to 41 per million in Australia.3

From April 2014 to December 2016, Lifeline Express screened 34,506 patients for diabetes, of which 27.2% (9,396) were identified to have diabetic retinopathy.4 In 2016, President Xi Jinping announced nationwide screening for diabetic eye disease, in line with China’s ‘Prevention first’ approach, which is at the heart of the country’s ‘Healthy China 2030 Plan’. These days, Lifeline Express contributes to this plan by screening approximately 200,000 people for diabetic retinopathy every year.2

Ming hopes EyeGrader will bolster the service by providing the efficiencies needed to screen such vast numbers of people, as well as the capacity to detect disease even before symptoms are noticed, so that interventions can be implemented and treatment commenced at the earliest possible stage.

“Artificial intelligence enables image graders to do a better job – it saves time and has greater accuracy which means more patients will benefit from treatment earlier,” he explained. “We see our involvement in Lifeline Express as proof of concept research – we want to prove that AI can reduce the workload for graders and improve efficiencies by being faster, easier to use and less dependent on operators and physicians.”

In Australia, proof of concept research is also underway in collaboration with the Nganampa Health Council and The Fred Hollows Foundation.

“We are trialling it in a real-world setting, in remote Indigenous communities in the APY Lands in Central Australia, where diabetes is 15 times more prevalent than in Caucasian populations,” Ming said. “We have been measuring the accessibility, accuracy, and impact of our AI technology in the real world, and we’re currently analysing the data we’ve collected in collaboration with Fred Hollows Foundation and Eyetelligence.

BRINGING THE TECHNOLOGY TO MARKET

To further his passion in ophthalmology AI, in 2019 Ming joined Melbournebased company, Eyetelligence, as it’s Chief Medical Officer. According to Ming, “medical breakthroughs and new technologies can only benefit patients if they are commercialised and be brought to the market”. Eyetelligence has developed the Eyetelligence Assure software. This Therapeutic Goods Administration (TGA) approved ‘software as a medical device’ platform is designed for use in optometry practices to detect the very early signs of three eye diseases – glaucoma, referrable diabetic retinopathy and referrable neovascular age-related macular degeneration.

Operating 100% locally in the clinic (i.e. not in the cloud), the platform works in conjunction with any fundus camera and PC, and does not require image upload via the internet, which means every patient’s identity, information and clinical data are protected.

“In the optometry setting, our aim is to provide practitioners and patients alike with peace of mind – because they know that Eyetelligence detects cataract, age related macular degeneration, glaucoma and diabetic retinopathy with 95% accuracy regardless of the practitioner’s level of experience,” Ming explained.

“As a dynamic assistance tool, it also promotes practice efficiencies – the patient’s fundus photo is read by the artificial intelligence technology, a report is generated and handed to the optometrist before the consult. A simple traffic light system identifies whether or not the patient has either of the three Eyetelligence detectable eye diseases (or, in the case of glaucoma, is a suspect), making report analysis quick and easy. This saves time, enabling more patients to be seen by the same practitioner in any one day without compromising quality of care.”

In July 2020, Ming was awarded a record three-year, AU$5M grant by the Australian Government’s Medical Research Future Fund (MRFF) to develop the platform for use in primary care settings such as GP clinics, Indigenous health services, eye care clinics, endocrinology and cardiology services to increase access to life and sightsaving screening services.

“For optometry, we’re now working hard to expand the number of detectable eye diseases,” said Ming. “As the eye is the body’s only organ that provides a microvascular profile, we also believe that Eyetelligence can become an easily accessible, non-invasive platform to detect early signs of cardiovascular disease.”

Ming’s two sons are now 18 and considering their own futures – having been inspired by their father’s endeavours to change the world for the better, who knows where their own career paths will take them. 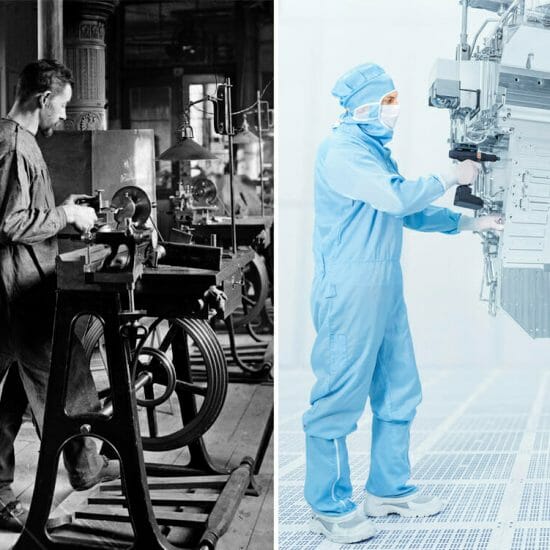