Glaucoma Australia (GA) has a new president. Maree O’Brien, who has a strong family history of glaucoma, has taken on the role of President following the departure of Associate Professor Simon Skalicky, who stepped down after a seven year association with the not-for-profit organisation.

Ms O’Brien’s business experience ranges from multinational technology and professional services companies through to small, specialised consulting companies that span commercial, government and not-for-profit organisations, both internationally and in Australia. A strong business advocate and trusted advisor, she is committed to GA’s mission to eliminate glaucoma blindness by increasing awareness of glaucoma in the community and encouraging people to have their eyes tested regularly.

A strong business advocate and trusted advisor, she is committed to GA’s mission to eliminate glaucoma blindness by increasing awareness of glaucoma 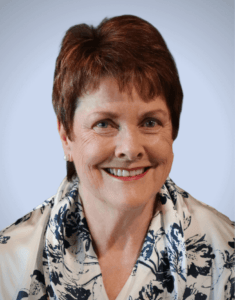 Annie Gibbins Chief Executive Officer of GA, welcomed Ms O’Brien and acknowledged the service A/Prof Skalicky has provided the organisation since he first became involved in a project with GA in 2014.

“Dr Simon Skalicky’s collaborative modelling of patient centred care has greatly helped the organisation extend its reach, value and service delivery,” said Ms Gibbins. “Over the past seven years, Simon has been a driving force in helping Glaucoma Australia to navigate through a period of transformative growth. Hundreds of volunteer hours have been donated to the various roles he has undertaken on committees, speaking at conferences, writing educational content for patient and leading the GA Board. During his presidency, he has overseen powerful awareness campaigns that drive at-risk testing and a new website project which now supports thousands of patients annually. Over the past year he has also overseen the charities governance review which has equipped it for future growth and ongoing sustainability. He now leaves GA well equipped to measure its impact as it strives to see Australians to be free of Glaucoma Blindness.”

Having been a Glaucoma Australia board member since 2016 and President since 2019, A/Prof Skalicky said he was looking forward to having more time to balance his growing family, a busy practice and a strong research interest.
“I’ve given Glaucoma Australia a lot, and I’m happy to have done so, and I believe there has to be opportunity for renewal on the Board,” he said.