New Board Leadership for Optometry Australia 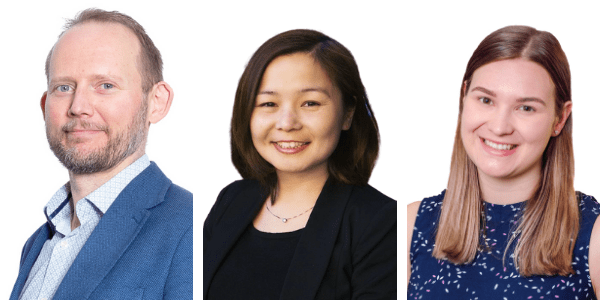 Their appointments follow a meeting of the Optometry Australia Board on Friday 26 November where national directors voted unanimously to appoint them to these two key positions.

Mr Smith, who lives in Victoria, was previously Deputy President. He replaces Darrell Baker who held the role of President since 2018 and who has also stepped down from the national board following a 10-year tenure.

Tori Halsey, from Tasmania, has retained the position of Treasurer.

Queensland optometrist Fiona Moore and Victorian optometrist, Theo Charalambous join the national board as member Directors, while Sarah Coudrey from Queensland, resigned her position on the Optometry Australia board. 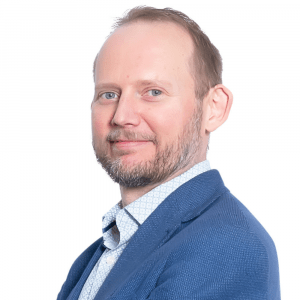 In taking over the role of President, Mr Smith praised Mr Baker’s three-year leadership of the national board.

“Amongst his legacy is a national body equipped with expanded member services and a solid strategy for evolving our sector so that optometrists are working at full scope.

“I was fortunate to be part of the collaboration of the current plan and I look forward to leading the organisation and monitoring its implementation and success.

“Darrell was also instrumental in strengthening the board’s best practice governance processes to guide our decision making, and continuing this practice will be a fundamental part of my presidency,” Mr Smith said.

Stepping into what is considered the most senior leadership role in optometry, Mr Smith said that he is a strong advocate of the leadership development programs that Optometry Australia has implemented during the past three years.

“The future of our sector is in the hands of our younger members and it is imperative that we can create the opportunities that support our next generation of optometry leaders.

“It is also important that we develop societal diverse leadership across the entire sector and I look forward to driving initiatives to achieve this aim.

“We need a network of engaged, well trained and inspired leaders from all cultural backgrounds, age groups and gender who are keen to join, or interrogate, sector, regulatory or divisional boards, and who may aspire to join the national board,” he said.

Mr Smith was the President of Optometry Victoria, leading the amalgamation of this organisation with Optometry South Australia in 2018.

“We had such strong support from our members for amalgamation as they saw the benefits that this could bring by combining both organisations.

“As structural optimisation is a key plank of our shared strategic plan, building on work done over the past few years, I am keen to support and progress reform at a national level.

“You only have to look at the success of Optometry Vic/SA to realise the benefits that can be delivered by combining resources, assets and services.

“Darrell was keen to deliver reform across the federation to better service our members, and while this topic is challenging for all involved, I believe as leaders both at a national and state division level, we have an obligation to continue to find ways to achieve this. We owe this to our members,” Mr Smith said.

Mr Smith is a Victorian-based optometrist who has been working in Melbourne since 2005. He is a partner in Eyecare Plus Clifton Hill, based in inner-Melbourne. He is passionate about optometry as a profession, its role in health care of the community and he has special interests in detection and management of eye diseases, paediatric optometry and specialty contact lenses.

Mr Smith graduated from QUT in 1997 and has worked in most states and territories in Australia in a variety of settings across independent, corporate and ophthalmology practices. With the Fred Hollows Foundation, he was based in Papua New Guinea training nurses in eye care. He has also volunteered as an optometrist in East Timor several times. 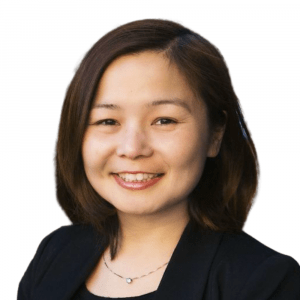 Dr Lam joined the national board in late 2019 and remains on the board of Optometry NSW/ACT. She is also the National President of the Cornea and Contact Lens Society of Australia, bringing a combined 12 years of governance experience to her new national leadership position.

She sees the role of the national board as one which will ensure the growth and evolution of the optometry profession.

“We must always keep the interests of our members at the forefront of all decisions that we make, and through this, create a robust and sustainable profession that is equipped and skilled to service the eye health needs of our community not just today, but well into the future,” Dr Lam said.

Dr Lam is a 2001 graduate from the School of Optometry and Vision Sciences at the University of New South Wales and she started her independent Sydney-based optometry practices, theeyecarecompany by George and Matilda, in 2005. She practices full scope optometry and has extensive expertise in keratoconus, orthokeratology and specialty contact lenses.

She also holds the role of Head of Optometry Services with George and Matilda Eyecare and is Adjunct Senior Lecturer for the School of Optometry and Vision Science at the University of New South Wales. Dr Lam also mentors and teaches Undergraduate and Postgraduate Masters Students in Advanced Contact Lenses.

Dr Lam is a past recipient of the Neville Fulthorpe Award for Clinical Excellence.

The national board has welcomed the appointment of two new directors to the national governance body. 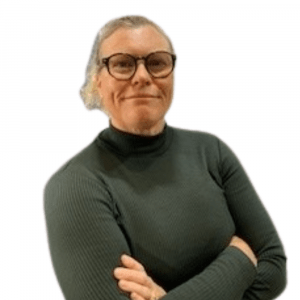 Mrs Moore (pictured left), with her husband Tom, are the owners of Moore Eyes, based in Rockhampton with a sister practice in Yeppon, both in central Queensland.

She is a 1989 graduate of QUT Bachelor of Applied Science Optometry. Mrs Moore has worked in both public and private health settings and previously took a lead role in the Rockhampton Base Hospital Eye Outpatients’ Clinic.

Mrs Moore gained her therapeutic certification in 2005 and a Masters in Public Health in 2013. She is also registered to practise in the United Kingdom and Ireland where she worked in the 1990s. 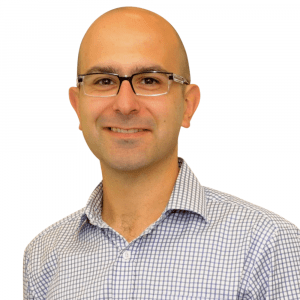 Mr Charalambous (pictured right) has extensive experience working in a franchise network as a franchise owner of OPSM practices based in Pakenham, Berwick, Brighton and South Yarra. He is also partners in a private practice, Hastings Optical.

A 1998 Bachelor of Optometry graduate from the University of Melbourne, Mr Charalambous also holds a Senior Executive MBA from the Melbourne Business School.

He entered the optometry profession in 2002 working in practices in the Berwick and Pakenham areas before opening his own independent practice ModernEyes in 2008 and then moving to OPSM five years later.

Having previously worked in indigenous clinics in Doomadgee and Mornington Island, he spent time in 2017 as Lead Optometrist for OneSight, a sustainable clinic with the aim of providing Zambians with access to consistent, high-quality eyecare and eyewear.

Mr Charalambous is a member of the Franchise Development Council.

This article was reproduced with the permission of Optometry Australia