A handwritten note, revealing a distressing and incurable eye condition, could be the clue police investigators need to identify a man whose body was found at the bottom of a popular tourist attraction more than 17 years ago. 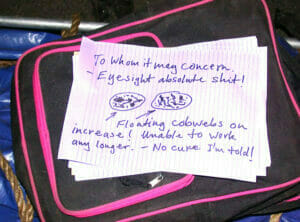 Figure 1. The note found in the backpack of the unidentified man found at Echo Point in 2004. Picture: Sam Ruttyn.

In a remarkable DNA breakthrough, NSW Police linked the note, which was discovered in a backpack found with the man’s body at Echo Point in the Blue Mountains in 2004.

Addressed to “whom it may concern”, the note includes hand-drawn diagrams about the man’s eye condition described as “floating cobwebs”.

An anonymous call to Crime Stoppers said the man was suffering from Birdshot Chorioretinopathy.

In a rare move, the NSW Coroner authorised the release of the note in a last-ditch attempt to find out who the man is and why he died.

NSW Detective Inspector Glen Browne, the Commander of the Missing Persons Unit, said he is “excited” about the new DNA link and possibility of finally identifying the man.

Det Insp Browne hopes someone will remember a work colleague who disappeared, or maybe a doctor will remember or recognise the man as a patient who never returned.

The Echo Point man, as he became known, died of multiple injuries consistent with a fall of 150m to 200m. Police believe he could have died anytime in the six months before the discovery. He was found with a $100 bank note in his pocket, a black comb, two blue handkerchiefs, a packet of Extra chewing gum, a diamond brand key, and Winfield Blue cigarettes. He was not carrying any identification. 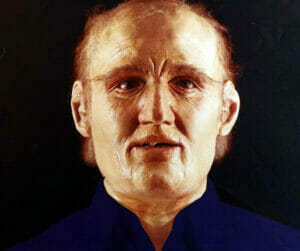 Figure 2. A recreation of the unidentified
man found at Echo Point in 2004. The case
remains unsolved.

About 178 cm tall, the man had his own teeth and was balding. He was wearing work clothes including blue corduroy trousers with the label “Savone”, a white T-shirt under a blue long sleeve shirt, brown leather work boots size 11 . with the label “TWF”.

Det Insp Browne believes he may have been homeless for a period before his death because the backpack contained a toothbrush, a razor and a shaving brush.

Police asked Dr Meiya Sutisno, a forensic anatomist, to build a 3D facial reconstruction of the man’s face for a media campaign story to identify him. He was shown to be Caucasian and in his 50s. No one came forward.

This time, police hope the details of his condition and failing eyesight might prompt colleagues, family or doctors to come forward.

Published with permission of Natalie O’Brien, a senior reporter with NewsCorpAustralia.com.