iTrack Advance, a next generation canaloplasty device for the surgical treatment of glaucoma, is expected to drive increased surgeon uptake of the canaloplasty procedure by cataract surgeons and comprehensive ophthalmologists. 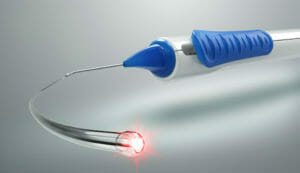 Launched by Nova Eye Medical Limited, the iTrack Advance builds on the legacy of the company’s proprietary iTrack device, which has been used in more than 100,000 canaloplasty procedures globally since 2008.

According to Managing Director of Nova Eye Medical, Tom Spurling, there has been a marked increase in interest in canaloplasty from both surgeons and the wider industry over the past 12-18 months.

“An implant-free procedure that preserves the trabecular meshwork for subsequent procedures, canaloplasty offers significant utility to surgeons and their patients.

“The introduction of the iTrack Advance underscores our commitment to grow the canaloplasty field,” he said.

“As more companies enter the field it will bring more mass and more interest into the marketplace, which will undoubtedly foster further growth. With our strong IP portfolio and industry-leading features, we are well positioned to capitalise on this growth.”

The iTrack Advance features the proprietary illuminated fibre optic tip of the original iTrack device, which allows the surgeon to continuously monitor the location of the device in Schlemm’s canal. It also features a proprietary guide-wire mechanism that enables the microcatheter to catheterise up to 360º of the canal in a single intubation.

The new device, which is designed to improve the overall efficiency of the canaloplasty procedure, is expected to drive increased uptake by cataract surgeons and comprehensive ophthalmologists. To date, the original iTrack device has been used almost exclusively by glaucoma surgeons.

“Canaloplasty is globally recognised as a highly effective treatment option for glaucoma. The intricacies of the procedure, however, which have included manual intubation of the microcatheter through the canal using forceps, previously limited its adoption by a broad cross section of surgeons.

“With iTrack Advance we have taken the clinically proven iTrack microcatheter and engineered it into an intuitive, easy-to-use handpiece. It’s the perfect marriage of clinical excellence and surgical efficiency,” said Mr Spurling.

“We see iTrack Advance being readily adopted into the glaucoma toolkit of cataract surgeons and comprehensive ophthalmologists. This will ensure improved access to the canaloplasty procedure for a greater number of glaucoma patients worldwide,” he added.

Over the coming months the company will solidify its position for canaloplasty in Europe and support the market roll-out of the new iTrack Advance via a series of market development and clinical development initiatives, including a surgical training program in Germany.

“Canaloplasty has a rich history in Germany. It was formally recognised in 2014 as the new ‘gold standard’ in the surgical treatment of glaucoma by the patient advocacy group German Federate Eye Association. In 2020 we established a direct commercial team and a wholly owned subsidiary in Germany to support future growth of the canaloplasty market. We are currently ramping up our local German infrastructure to support the launch of the iTrack Advance,” said Mr Spurling.

The company showcased the iTrack Advance to surgeons outside the USA at the 2022 annual meeting of the American Society of Cataract and Refractive Surgery (ASCRS), from 22–26 April in Washington DC.