The five-time Olympic Gold Medallist has become an ambassador for Australia’s fastest growing optometry company in a quest to put vision first in competitive sport and beyond.

As G&M’s ambassador, Ms McKeon’s presence and personality is expected to drive awareness of better vision and optometry needs in competitive sport 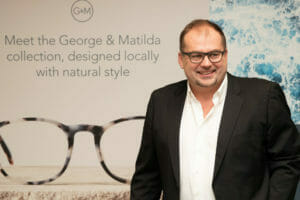 As G&M’s ambassador, Ms McKeon’s presence and personality is expected to drive awareness of better vision and optometry needs in competitive sport, something overlooked in training and performance at both an amateur and elite level. Additionally, G&M anticipates she will become the voice of eye health on a much larger scale when she transitions from a career of monumental achievements on the world’s sporting stage.

“We’re thrilled and humbled to have Emma as part of the G&M family and join us in our mission to help the world to see better, one person at a time,” said Chris Beer, CEO and Founder.

“We believe there’s a symbiosis between who we are as a company and what Emma stands for as an athlete,” Mr Beer continues. “Intensely focused, committed, determined and proudly Australian, Emma radiates those values and attributes we strive to have as an organisation.”

Emma McKeon is a four-time world record holder, with a total haul of eleven Olympic medals in her swimming career to date, five of which are gold. She became the most successful Australian athlete at a single Olympics, and one of only two female athletes in the world to win seven medals at one Olympics.