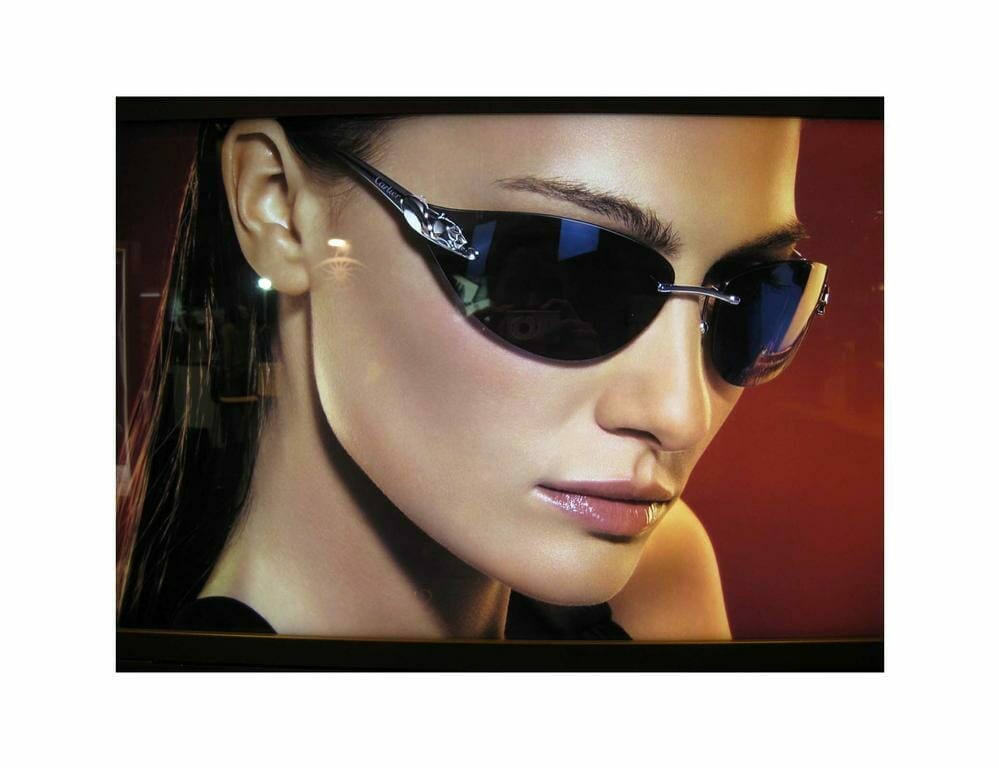 This year’s Silmo exhibition was an opportunity for forward-thinking professionals to solidify their business relationships by seeking out those collections that will move their business forward.

I love Paris. Who doesn’t love Paris? Everything about the city of lights is chic and stylish …. even the opticians’ boutiques.

If you walk down any street in Paris, you cannot help but notice the myriad of these small opticians’ boutiques. Even though the total footprint of some boutiques is no larger than three square metres, the window displays are minimal, yet impeccably dressed. Always the epitome of style, this year’s Silmo exhibition was a great example of it.

Despite slowing economies worldwide, the organisers of Silmo remained resolute that their exhibition is the perfect venue for the eyewear industry to come together and conduct business. In particular, the Silmo exhibition is a great place for professionals to seek out new talent and for finding eyewear that is on-trend, based on those designs that are well crafted, unique and able move their business forward.

Silmo is such an important exhibition. Of all the international exhibitions, none of them have the class and atmosphere of Silmo.

This year, 1,000 exhibitors, including 150 ‘first-timers’ presented their design and innovation to the international optics and eyewear industry.

Show and Tell
At the opening day, exhibitors were in a frenzy to show their latest collections to potential buyers. When exhibitors or visitors weren’t with a client, there were many events organised to keep them busy, including the Silmo workshops, the low vision forum, the Brilliant Lounge fashion shows, WiFi area, chocolate sampling, and a concept lab for the future – to mention just a few.

The software designers for the concept lab, FittingBox, are from a French company whose software program allowed the viewer to upload their photos and scroll through the eyewear collections of the numerous companies which had a stand at Silmo. As the frame design was selected, the viewer could ‘virtually’ try on the frames to determine which looks suited them best.

Stand Outs
Exhibitors were keen to point out how their collections stood apart from the pack, but in my opinion, this year’s ‘stand out’ collections were from Oliver Peoples, Cartier, l.a. Eyeworks, Anne et Valentin, ic berlin! and ‘first timer’ at Silmo – Australian-based Frag Optics.

Overall, the current design trends remain, including Windsor, Wayfarer, aviator and oversized (rounded or angular/geometric). The emphasis from many collections was on new colour, materials and craftsmanship and discreet branding. Some designers have freshened up these styles by adding a modern edge to their best selling designs.

The Oliver Peoples collection has been inspired by modern Hollywood artists with ‘old Hollywood’ style who are conversant in art, music, fashion and film. It is definitely one of those collections where everyone must own at least one pair. Particular stand out styles were KVA, Harlot, Merce (these are easy to script), Hayworth (launched at Silmo), Shelldrake, and Emmerson (an updated Riley frame).

New to Oliver Peoples is the Moseley Tribes collection which has just been launched in Australia. A lifestyle brand with an underground/street styling and affordable price tag, this collection was first launched through selected General Pants stores.

In an impressive start to the industry, launching his first collection at Silmo this year was newcomer, Frag Woodall, with his Frag Optics range. With a background in industrial design, Woodall has won many prestigious awards for innovative design including the prestigious Bombay Sapphire Student Prize, the Design Institute of Australia’s Australasian Student Design Competition and the Cormack Packaging competition – all this while still a student of design!

Woodall’s approach to design is quirky and eclectic. His design principles for this collection are based on the play of light refracting off the materials. Woodall’s collection was confirmation that craftsmanship based on creative concepts, was the one to watch.

The Best Stand
With all the effort and expense that goes into creating a stand for an exhibition such as Silmo, it would be remiss of me not to mention those stands that were inspired and unexpected – by subject, colour, design etc. One such stand was the ic berlin! stand.

The stand was literally ‘the back of a van’ unladen with boxes, like they were showing their collection at a weekend market. Cardboard boxes were everywhere! All made into tables, chairs and stands. Unlike other stands (that were set up like a ‘walled-up’ office with a receptionist sitting at a desk and no view of their offering), ic berlin!’s stand set-up was approachable, environmentally aware, the collection was easy to see and it was always packed with people.

Other stands of note included ProDesign Denmark, l.a. Eyeworks, LaFont and of course the Maui Jim stand, with their signature Polynesian dancers who always draw a crowd.

Other unique stands included a military style bus where client’s were invited onto the bus to view collections and a safari-inspired circus stand (with lions, tigers, hula hoops, the whole bit) – all keeping us smiling as we found our way through the exhibition.

Silmo D’Or Awards
The Silmo D’Or awards ceremony this year was held in the Cinéaqua (the Paris Aquarium) located in the Trocadero Gardens across the Seine from the Eiffel Tower. On the night of the awards, the Eiffel tower was lit up in blue lights in an ongoing celebration of France’s six-month presidency of the European Union. The view of the Tower from this perspective was amazing.

Inside the Cinéaqua, we were greeted with Champagne and canapés as we spiralled down the landings of the aquarium. These landings provided numerous vantage points from which to view the coveted Silmo D’Ors.

President’s Message
As the exhibition drew to a close, Guy Charlot was confident it had been a productive, and thus a successful one, “despite the global economic lethargy”. So too did Eric Lenoir, Silmo’s Director of Marketing.

Mr. Lenoir commented that despite the no-show of some notable Italian companies, in all respects, he thought this did not ultimately affect attendance at the exhibition. This is goods news for those planning for Silmo 2009.

In 2009, Silmo’s organisers are moving the exhibition to a “revitalised and more audacious setting”. Given the growing numbers of international visitors every year, next year’s exhibition dates will be brought forward in the calendar to accommodate greater commercial opportunities for exhibitors and visitors alike. Guy Charlot commented that this “change is in keeping with market development and with the schedule of the major international optics and eyewear events”.

Silmo is such an important exhibition. Of all the international exhibitions, none of them have the class and atmosphere of Silmo.

Make sure you mark your calendar for 17-20 September for Silmo 2009, or visit www.silmo.fr.