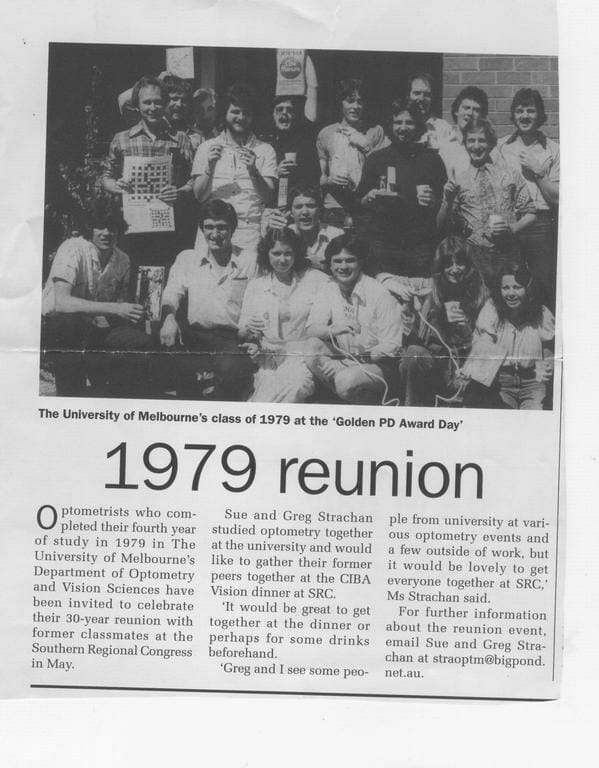 Thirty years on, half of the class of 1979 optometry graduates at the University of Melbourne made it to the reunion at the Southern Regional Congress in Melbourne last month.

The reunion was organised by Sue Strachan (front and centre of 1979 photo) and her husband Greg (fourth from the left).

The new graduates were given awards ref lecting their achievements and identities, ranging from the large print crossword for the oldest class member to the bag of cow manure (top centre) awarded to the class member most given to trying to put something over his clinical supervisors.

All are still in active practice except for one death and one who has followed another career.

Ian Breadon is an optometrist based in Clifton Hill Victoria. He was a graduate of the Class of 1979.