Connect with:
HomemieyecareContact Lense Care: What Have We Learned and Where We Are Headed
mieyecare
author: Nicole Carnt

Contact Lense Care: What Have We Learned and Where We Are Headed 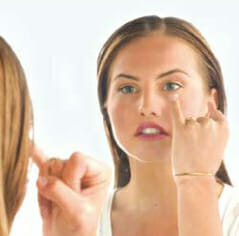 The outbreaks of Fusarium and Acanthamoeba keratitis that occurred during 2006-2007 were a serious concern for the contact lens industry, resulting in the withdrawal of two major multi-purpose solutions (MPS) from the contact lens market. An unprecedented “call to arms” of contact lens manufacturers, researchers, clinicians and the U.S. Federal Drug Administration (FDA) in response to the outbreaks received less publicity, but the outcomes have been significant for the industry.

In June 2008, the FDA met with researchers, manufacturers and the optical profession to discuss lens care issues arising from the Fusarium and Acanthamoeba keratitis outbreaks. A further meeting was held in February this year, to workshop new lens care standards and, in particular, to discuss the addition of Acanthamoeba to the standard testing regime, which is not currently a requirement for registration of disinfecting solutions. The agenda at the inaugural FDA meeting in June 2008, addressed various concerns and the industry responded to these issues accordingly:

The subject of definitive evidence to link the solutions and the particular behaviours associated with the outbreaks was discussed. The initial strong signals indicating an association between two outbreaks of MK and two contact lens solutions prompted their withdrawal from the market. Following this, sound epidemiological studies confirmed this association as well as other risk factors.

For the industry there is an ongoing challenge to deliver solutions that will have a minimal effect on the cornea and conjunctiva and ensure adequate antimicrobial efficacy. It has been established that MPS cause corneal damage6, 7 with studies showing that MPS increase bacterial binding to the corneal epithelial cells6. MPS have been linked to low grade corneal infiltrates8. However, no link has been established between solution induced corneal staining (SICS) and microbial keratitis and there is yet to be proof of a direct causal link between SICS and the production of corneal infiltrates.

These requirements would include rub and rinse recommendations and stronger warnings against re-using solutions. The FDA has provided an update on contact lens care on its website. The recommendations for wearers include: adopt ‘rub and rinse’ regimes; do not ‘top up’ or re-use solutions; avoid exposing contact lenses to water; clean and air dry cases; and replace cases every three to six months.

Although rubbing and rinsing lenses has not been shown to be a risk factor for microbial keratitis in epidemiological studies, laboratory testing has demonstrated a considerable decrease in bacterial load on lenses when this method is employed and it is recognised as providing an additional safety net9.

At the FDA meeting, Dr. Arthur B. Epstein presented evidence that product labelling recommending rubbing lenses had a minimal impact on wearer behaviour, reporting that around 50 per cent of wearers engaged in rubbing lenses regardless of labelling. It is likely that techniques such as showing empathy and providing epidemiological evidence are important in behaviour change, as recently suggested by Charles McMonnies in the area of eye rubbing10.

The main purpose of the February 2009 meeting at the FDA was to discuss a standard testing regime for Acanthamoeba, including the challenge size, what strains should be tested, how the different forms of Acanthamoeba (i.e. cysts and trophoziotes) are produced for testing, whether a solution is to be tested for encysting and what protocol should be used for testing the solution in the presence of a lens.

Many manufacturers at the workshop revealed that they were already testing solutions on a range of microbes outside the FDA recommendations under non-standard conditions, including Acanthamoeba.

A number of proposals to standardise testing were put forward. In some areas, additional testing in a range of laboratories was suggested. One interesting and valid proposal was to ensure tests for Acanthamoeba were not so rigorous that currently marketed solutions would not meet the standard. This was based on the fact that Complete Mositureloc has now been withdrawn from sale worldwide and epidemiological studies have found no association with any other solutions and Acanthamoeba keratitis.

Another object of the February meeting was to discuss testing methodologies that might more closely replicate ‘real world’ situations. Solutions currently need to meet either the FDA/ISO test (the stand alone test where the solution is required to reduce the load of bacteria by certain degrees) or the Regimen Criteria (where not more than a minimum level of microbes are left on a lens after rubbing and rinsing the lenses).

A new method being developed in several laboratories is aiming to inoculate microbial cells onto a lens, placing the lens in a lens case with MPS and measuring surviving microbe levels from the manufacturer’s minimum recommendation for up to 30 days.

While this latest meeting is one of a series of steps in the right direction, the general consensus was that it has set a firm foundation for manufacturers, regulators and researchers to continue to work together toward the common goal of revolutionising standards for the industry.

We look forward to more efficacious, biocompatible solutions as well as the expansion of novel approaches to lens user issues like antimicrobial lenses and cases. Micro-organisms are constantly reinventing themselves and evolving to survive against disinfection and some wearers will continue to perform risktaking behaviour like using tap water and saliva.

It is unlikely that systems will be developed that will completely negate the effects of the adaptability of the organisms to the environment and poor hygiene. Compliance education is, and will continue to be, an important aspect of contact lens practice.

Practitioners are therefore also challenged to think of ways to improve compliance. Research at the Institute for Eye Research is ongoing in this area with a study investigating the association of risk-taking attitudes and behaviour with compliance and complications rates. The findings of the study will be presented at the British Contact Lens Association Clinical Conference in 2010 as part of the annual Dallos Award.

2. Borazjani RN, Kilvington S, Meadows DL. A method to study the rate of encystment for Acanthamoeba Spp. and the effect of multipurpose solutions. ARVO. Fort Lauderdale; 2008.