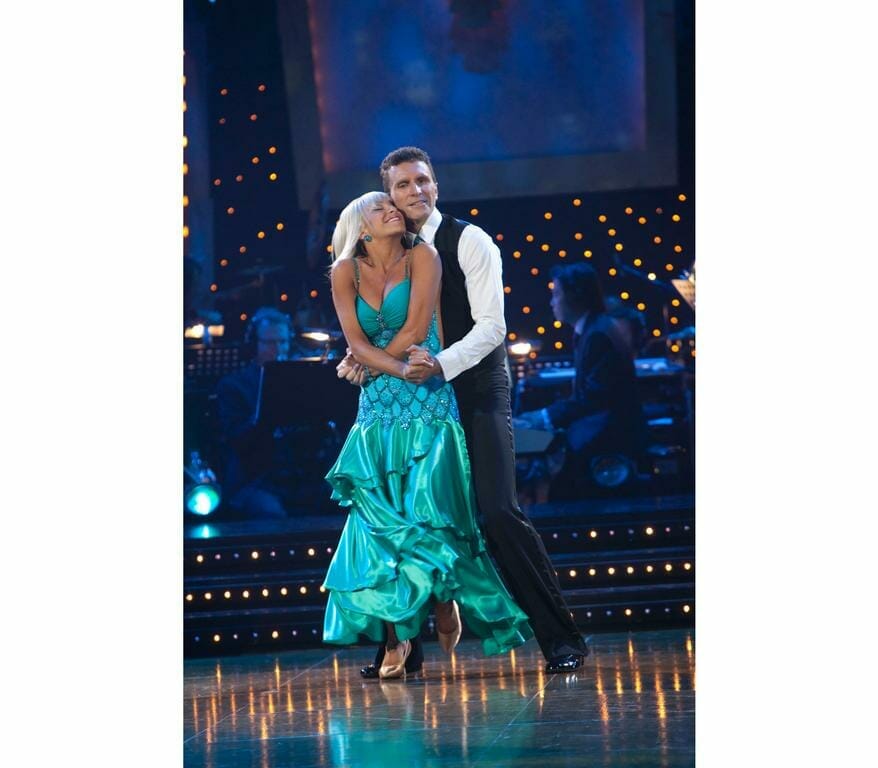 By now, just about all of Australia knows the name Gerrard Gosens. Of course, he’s the blind man who captured the nation’s admiration after making it through to the semi-finals of Channel Seven’s hit show Dancing With The Stars. But Gerrard is far more than the fellow who danced his way into our hearts. He’s a husband, a dad, an adventurer, a role model and one hell of an inspiration as Norm Lipson explains.

When you wake up tomorrow, try this out. Keep your eyes closed for the rest of the day and go about your normal daily duties. No way, you say. It’s one mighty big ask, but for Gerrad Gosens, that has been his life from the day he was born, 39 years ago. If you think he’s whingeing and whining about the congenital condition that left him blind from birth, you are very much mistaken. In fact, because of, or in spite of his disability, Gerrad has done things in life that most sighted people would either be too afraid or not able to do…and to parody Frank Sinatra – “he did it his way”. He’s a triple Paralympian, has climbed Mount Everest, flown an ultra light plane across Queensland, run 2,000 kilometres for charity, swum with sharks and danced on national television, but how and where did it all begin for this super man?

The Early Years
Born in Melbourne, Gerrard says he never really considered himself different to other kids until he decided to try out for the local primary school’s Aussie Rules football team. No one told him that that he shouldn’t.

“I remember having to run around the oval two times and I personally met every single goal post on the field,” Gerrard recalls with a laugh. “That’s when I realised I was different to all the other students.”

Although the realisation of his disability had hit him, Gerrard says his fellow pupils and teachers were more than understanding.

“Because it was a country school (in the Gippsland area), there wasn’t the resistance… there wasn’t a lot of resources, well none really, and it was a matter of finding out your own existence and I had to work damned hard, both in the classroom and outside the classroom to break down the various perceptions that had built up.”

Gerrard recalls doing his lessons with a manual Braille typewriter that he would drag around, until his high school days when he could finally trade that in for a computer with voice recognition technology.

It was at the age of 11 that Gerrard, his younger brother and parents moved to the Queensland town of Yepoon where he finished school with brilliant results which took him to University where he gained degrees in journalism and business management.

“I remember when I first went to Yepoon High, there was a lot of resistance from the authorities for a blind person to go to a normal school, but my parents were pretty opposed to me going to a special school in Brisbane, so I stayed in the State school system and I’m happy that they did so.

Gerrard says he got on famously with his fellow students, particularly because he was into sport, mainly athletics, but other sports as well.

“To me it was about breaking those perceptions and I remember playing hockey and charging around the hockey field. I could hear where the ball was being hit so I just chased it as hard as I could.

No Fear
“I suppose all through my life, I haven’t had the sense of fear, so regardless of what may be a perceived obstacle, I turned it into an opportunity.”

Then Gerrard pauses and corrects himself slightly. Yes he has had the sense of fear, but it’s the fear of failure.

“It’s about giving it a go. If you trip up or fall over, then so be it. You just get up and have another go or find a way around it.

“So I remember in high school with baseball, if I couldn’t play it, I’d coach it with the under 13’s and 14’s … just organising the kids and co-ordinating and managing them.”

It’s easy to forget but Gerrard has never seen any of these sports played so how did he do it? He says he imagines what they would be like and what other situations would be like.

“But socially, there’s an advantage there because if I was out with a girl, I could always hold her hand,” he says as a big smile creeps across his face.

Speaking of women, Gerrard has fond memories of meeting the love of his life, his wife Heather, under the most unusual circumstances.

“I’ve run from Cairns to Brisbane five times and I met Heather on one of those runs in 1989. I was running into Maryborough, about three and a half hours north of Brisbane and she was walking through the local shopping mall where I was to receive a reception. She walked up and said hello. I took her out on a date that night and here we are some 20 years later”.

That marriage has resulted in two children, a son Jordan, 14, and daughter Taylor, 12 and although Jordan is fully sighted, Taylor is not. She has just four per cent vision, having been born with the same congenital condition as her dad – glaucoma and aniridia.

“She’s just as stubborn and just as determined as me. She does horse riding and all the other activities of kids her age,” says a proud Gerrard.

Among other things, Gerrard is an accomplished adventurer, having started this lifestyle aged 15 when he organised a skate-a-thon for five days and nights to raise money for charity.

He’s represented Australia in three Paralympic games in events such as the marathon, five and ten kilometre runs, the1500 metre race and a sport called goa ball (a version of basketball) and he plans to run for his country in London in a couple of years time.

He’s flown a motor glider across Queensland three times, been to Mount Everest twice where he’s climbed to base camp one and then base camp three (7300 meters) and plans to return in 2013 when he wants to reach the summit.

Dancing With The Stars
“But Dancing With the Stars is the toughest thing I’ve ever done,” Gerrard declares. It took Gerrad about half a second to say “yes” after Channel Seven approached him to participate.

“For me it’s always been about the journey regardless of the enormity of the challenge. It’s been about what we can realistically achieve and I think Dancing With the Stars is far harder than climbing Everest because at least on Everest you have your hearing, but on Dancing With the Stars, because the music is that loud, it’s not that you’re totally blind, but you lose your other senses as well.”

Never having seen dance was another obstacle, as well as the spatial sense on the dance floor and where your partner is.

“Facial expressions are very important in dance – you know, the lusty look, the sexy look and a whole range of facial expressions, which were very hard for me never having seen them.”

Gerrard’s favourite dance styles are the waltz and the tango because they closely connect you to your partner, but how on earth did he manage those dances where he had to catch and carry his partner Jessica?

“I know there were times where the audiences’ hearts were in their mouths in case I dropped Jessica or tripped up, but I could have gone out there and done the very basic stuff … one, two, three, all around the dance floor, but it was all about making it entertaining and having to catch my partner.

“And as a blind person, having no idea when she was going to reach me … it sort of becomes guess work and that split second when she reached me, I had to react.

“I had to make it entertaining. That was my whole goal and I must pay all due credit to my partner Jessica, who probably had the toughest job of anyone on the show.”

As for some of the more unkind comments by judge Todd McKenney, Gerrard is philosophy is that he asked for the judges’ true comments and that’s what he got.

But now that his dancing is over, it’s back to his day job as Projects Manager for Vision Australia. “I am also in the process of writing a book about all the entertaining experiences with my four seeing eye dogs, called ‘My Eyes Had a Wet Nose’.”