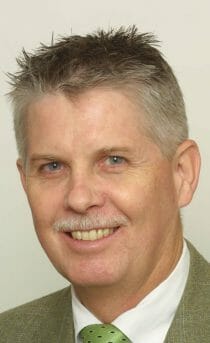 Happenings and events from the optometry divisions in Australia and NZ

We are delighted to have launched our new website. The website builds on the new OAA National website and gives us an opportunity to provide information about matters particularly relevant to Victorian optometrists.

Queensland/NT Council has resolved to name itsd new Council meeting room at Optometry House Spring Hill the ‘Peter J. Montgomery Room’ in his honour. It is not likely that this wonderful man will ever be forgotten. Rest in Peace, good friend.”
Greg Johnson

In therapeutics, Victoria continues to lead the way but we are delighted that most of the other States are making great gains in this area. You will find information about therapeutics in Victoria on our site as well
as links to other relevant sites – like the Optometrists Registration Board Victoria.

Other State matters relevant to our members include driving standards, the Victorian Eye care Scheme and Consumer Affairs issues.

The Victorian Administrative Appeals Tribunal that deals with patient/consumer complaints is an independent body which makes determinations about complaints raised by consumers. Again – you will
find information about these and relevant links.

In Victoria we continue to work closely with the Victorian Department of Health to ensure that optometry is recognised as a crucial component of primary care. Good sight is crucial for good health. We also run Continuing Professional Development and Information sessions at a State level. Information about these
activities can be found on our website.

The website has a frequently asked questions section for members and one for members of the public. We encourage you have a look at our new website: www.optometrists.asn.au/victoria. Let us know if there is information not on the site that you would like to see. We will be adding to the website over the next few months and would love to hear from you about what you would like to see on it.

Whilst we are moving rapidly towards a national registration scheme there are still significant State based issues that affect optometry practice.

For this reason it is important that OAA members are members of the State in which they primarily practice. This will ensure that members have the right information to practice in the relevant jurisdiction. So don’t forget to let us know if you move State. Terri Smith

I’ve had two salutary lessons this month – the first related to record keeping and the second to the pitfalls
of even simple mistakes.

We all get slack over time, don’t we? Remember the copious detail you used to write in your records? But as you’ve done it for 20 years, things slide a little – until one day you look at a record and think: “hmm, that is a bit sparse, isn’t it?”

The real problem comes not in your day-to-day practice, but when something goes wrong – a health fund query, perhaps or maybe, shudder, a tax audit.

The former is a real nuisance – the latter could be a train wreck. Imagine that for the last ten years or so, your records had been genuinely thin on details that would support your income tax returns.

You know how much you made, but your record-keeping wasn’t quite up there. Tax audit – going back ten years. The ATO decides that you have understated your income by, say, ten per cent per year for ten years. Let’s round that out – for an ‘average’ practice that might be ten per cent of AUD$2,500,000. We’ll tax it at the
company rate of 30 per cent. That will be AUD$60,000 please – plus interest and penalties, of course!

And while we’re thinking about telephone number bills, remember that in order to claim Medicare benefits you must be a registered optometrist. That is, actually, currently, financially registered. What if you forgot about registration one year? And then moved practice so that the renewals and reminders didn’t get to you?
And this went on for ten years?

Problem? Absolutely! Easy to do – very! As registered health professionals, everyone has an obligation that
they comply with the terms of their registration. And whilst the Board will do its best to keep track of you, ultimately it is up to you to stay on top of this sort of thing. Don’t forget! Andrew McKinnon

It is the news we never wanted to hear but always knew that we would hear – our beloved Peter Montgomery passed away in the early hours on Monday, 7 September 2009 after a long illness.

Peter had a distinguished career in optopolitics, both in Queensland and on a national level. He joined Queensland Council in September 1991 and for the next 16 years held many executive and committee positions culminating in his election as President in September 1995, a position he held for two years.

Peter joined National Council in September 1999 and resigned because of his health on 12 May 2006. During that time he also served as National Treasurer.

A consummate clinician, Peter was awarded the prestigious Hamlyn R. Brier Clinical Optometry Award in 2001 and a few years later, the Vision Group named an annual grant in his honour. The ‘Peter J. Montgomery Award for Social Justice’ is presented annually to a practitioner who has reputation for doing more than
just running a practice.

His farewell service was held on Monday, 14 September 2009 at St. Peter’s Anglican Church Southport and, as expected, it was standing room only; such was the respect that the professions of optometry and ophthalmology had for the great man. Friends and colleagues gathered at the Southport Yacht Club after and swapped tall tales about Peter’s wicked sense of humour.

Queensland/NT Council has resolved to name its new Council meeting room at Optometry House Spring Hill the ‘Peter J. Montgomery Room’ in his honour. It is not likely that this wonderful man will ever be forgotten. Rest in Peace, good friend.

Survey reveals New Zealand uninformed on eye health
Forty-seven per cent of participants feel uninformed or very uninformed about eye health in New Zealand and 62 per cent of people who do not wear glasses or contact lenses have never had an eye examination according to the findings of a new surveyed released to coincide with Save our Sight month.

Save our Sight month (September) is an annual initiative promoted by the New Zealand Association of Optometrists. The survey, the first of its kind in New Zealand generated some surprising, and worrying trends, according to Dr.Lesley Frederikson, National Director of the Association.

“Approximately 68,000 New Zealanders over the age of 40 currently have glaucoma and half of them don’t know they have the disease which undetected can lead to blindness, but which can be treated if diagnosed early. If 62 per cent of people don’t visit an optometrist for a regular eye exam because they don’t need
glasses, they could go undiagnosed.”

Similarly, the survey found 41 per cent of people were unaware that macular degeneration, a condition which affects people as they age, can lead to blindness.

“There are a number of other conditions that can be detected through an optometrist’s exam, but worryingly,
many people don’t recognise this,” Dr. Frederikson says.

“Awareness and knowledge of the importance of eye health is a critical prerequisite for motivating behaviours and accessing appropriate care.”

The survey, Eye Health in New Zealand: A study of public knowledge, attitudes, and practices related to eye health and disease was undertaken by Professor Mark Ahn at Victoria University of Wellington.

“We were astounded at the low levels of knowledge about conditions that can make people blind,” said Professor Ahn. When asked: ‘which of the following conditions do you think can be detected through a comprehensive eye exam?’ only 47.0 per cent of respondents reported that diabetes may be detected through routine exams, 28 per cent hypertension, 26 per cent brain tumour, 18 per cent cancer, 17 per cent cardiovascular disease and 9 per cent multiple sclerosis.

“Of concern, 9 per cent thought that none of these conditions could be discovered through an eye exam and nearly 40 per cent said they didn’t know.”

Smoking cessation is actually the number one modifiable lifestyle factor for reducing risk of damage to the retina.

Despite the low levels of understanding about causes of changes to vision and threats to eye health nearly all respondents had noticed some changes in their vision; 38 per cent noticed changes before they reached 35 years of age.

When asked about foods related to eye health 36 per cent of respondents to the survey believed that carrots were the best vegetable for eye health (wrong answer) while only 4 per cent nominated the lutein-rich leafy green vegetable, spinach.

Prof. Ahn noted “A key conclusion from this study is that awareness about the importance of eye health is high in N.Z., but knowledge about associated diseases is low – particularly given the risk and cost of preventable vision impairment.

“Compared to a similar survey in the United States survey, this seems to be a world wide phenomenon.

“Over 30 per cent of respondents in both studies (38 per cent in New Zealand; “32 per cent in the United States) are unaware that a comprehensive eye exam can detect chronic and systemic diseases.”

One of the areas he was keen to explore was in respect of vulnerable sub-populations including parents
and guardians with children and indigenous communities of Maoris and Pacific Islanders.

“We found that access to eye care appears to be uneven, particularly among indigenous populations,” Professor Ahn says. “As a group, Maori and Pacific Island respondents to our survey reported using eye health resources considerably less than the overall population, despite having the same awareness of the importance of eye health and associated diseases.”

Associated sight-threatening diseases such as diabetes, which causes diabetic retinopathy, are more prevalent in Maori and Pacific Islanders. “The current overall prevalence of diabetes in New Zealand
is three per cent, but varies widely by ethnicity: European 2.9 per cent, Maori 8 per cent, Pacific 10.1 per cent, Asian 8.4 per cent,” Dr. Frederikson says.

“Studies have shown that routine eye screening, tight glycemic control and follow up can significantly improve diabetes-related vision care. New Zealand provides free eye screening through the public health system there are still some Maori and Pacific Island people who are not accessing this service. We need to
find out why.”

“Research like this survey is a first step and it helps illustrate the importance of public knowledge about eye health.”

While Maori and Pacific Islanders are less likely than the overall population to access eye care, the same is not true when it comes to their children.

“It was interesting, however, that Maori and Pacific Islanders access eye care for their children at similar rates to the overall population. It seems awareness leads to action when it comes to looking after children,” Dr. Frederikson says.

Dr. Frederikson thinks increased awareness might lead to increased engagement in behaviors and habits
that enhance eye health. She said “The Save our Sight campaign which runs for the whole of September is itself a public awareness campaign to inform about the causes of preventable blindness so that people can take steps to ensure good eye heatlh.”