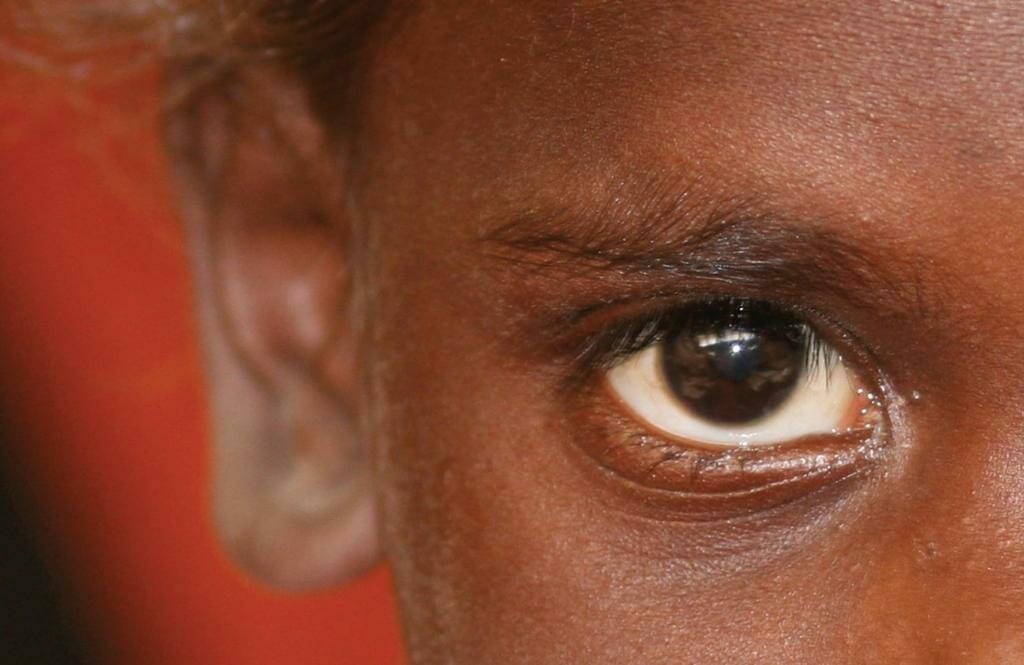 Aboriginal children begin life with better eyesight than other Australians, however by the time they reach adulthood, they are six times more likely to be blind.

This distressing information came from the first comprehensive survey of indigenous eye health in three decades.

The survey was conducted by a team from Melbourne University and headed up by Professor Hugh Taylor who leads the Indigenous Eye Health Unit. It was developed through data collected from across the country – from Tasmania and the Tiwi Islands, to the Gold Coast and the Pilbara – giving an accurate picture of the extent and causes of vision loss amongst Aboriginal and Torres Strait Islander people.

“I think it is scandalous that in 2009, in a rich, developed country now in the G-20, that we have third world conditions that many of our Australian people live in,” Professor Taylor said.

The recently published report came from a comprehensive assessment of more than 2,800 Aborigines and Torres Strait Islanders from 30 communities last year and found that 1.9 per cent of the adult population was blind – six times the rate among non-indigenous Australians.

In launching the survey, Governor- General Quentin Bryce hailed it as a “milestone in indigenous health which highlights the severity and prevalence of ocular conditions”.

The leading causes of the vision loss in indigenous people were cataracts, optic atrophy, refractive error, diabetic eye disease and trachoma – a painful infectious disease that was eliminated from mainstream Australia 100 years ago, but still exists in remote indigenous communities.

Professor Hugh Taylor said the fact that those indigenous children were born with better eyesight than their non-indigenous peers but ended up worse off during their adult years was unacceptable.

“It is a national disgrace that more than 94 per cent of the vision loss associated with these eye diseases is preventable and treatable,” he said.

Professor Taylor said that a lack of early intervention and treatment was often causing deterioration.

He added that eye care services were urgently required, along with facilities to provide reading and distance glasses.

”This survey represents the first step in ‘Closing the Gap’ in vision. The next step will be to review the availability and effectiveness of the current eye health services, to deliver a report within the next six months.

“We will then make recommendations to Government on the best way to develop adequate eye care services for Aboriginal and Torres Strait Islander people,” he said.

The fact is that indigenous children are born with better eyesight than other Australians. This, Professor Taylor said, is largely due to the fact that the gene responsible for myopia, or shortsightedness, is far less frequently found in the indigenous population.

The survey also showed that blindness from cataracts was 12 times more common among indigenous adults and only 65 per cent of those needing surgery for a cataract had been operated on.

The results indicated that while the situation had improved in some respects over the past 30 years, the levels of blindness from diabetes had increased substantially.

“The survey puts into sharp focus the frighteningly high level of avoidable vision loss and the unacceptable deficiencies in indigenous eye health.”

“We knew there was a problem but the extent of it, and the sad fact that much of it could have been prevented, has shocked us.”

“There is still a large gap between what should be and what the situation is; what is different now is that almost all the blindness is preventable or treatable,” he said.

What the Minister found particularly disturbing was: “The survey found that 94 per cent of vision loss is preventable or treatable, but 35 per cent of indigenous adults have never had an eye examination.

Overall, 94% of vision loss in Indigenous Australians is preventable or treatable.

Blindness from trachoma is not seen in other Australians

• 56% of low vision is due to refractive error

Overall rates of blindness in Indigenous adults are:

…than in other Australians

In 2009 to 2010, the Department will work with experts in the fields of eye and hearing health, and other key stakeholders to develop and implement strategies to ensure eye and ear health problems are effectively treated.

This will include a major increase in services to address trachoma, an expansion of the Visiting Optometrist Scheme, increased training of health workers in hearing health, investments in medical equipment for hearing screening, improved access to eye and ear surgery, and activities to increase awareness of ear disease and treatment.

“It is unacceptable that indigenous people continue to suffer treatable vision loss at such rates. As we work with indigenous Australians to close the gap in education and employment, we must also address this terrible and preventable health burden,” Mr. Snowdon added.

• More than AUD$16 million for a major increase in services to address trachoma in indigenous communities in the Northern Territory, Western Australia, South Australia and other states if trachoma is identified.

• Additional eye surgery where there is a high need for these services, particularly in Central Australia. Following the launch of the survey, Governor-General Quentin Bryce said she hoped it would send a strong message to our health leaders.

“I look forward to seeing what will unfold in its wake,” she said.