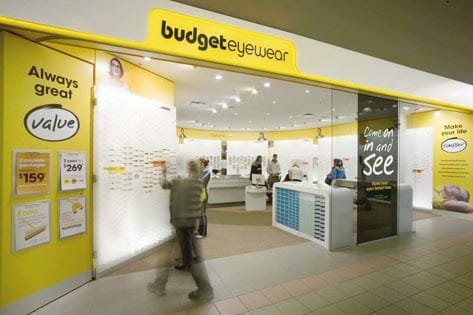 Cannex Blue is a new ratings standard from Canstar Cannex. The company rates consumer goods and services after interviewing 2,500 people from a broad cross section of the Australian population who have recently used the product or service.

In this survey, the company compared optometrist satisfaction ratings by Australians across price, service, after sale service, range, accessibility of store and overall satisfaction.

In its media release, Cannex Blue stated: “The war between the optometry chains shows no sign of slowing, according to the results of our latest survey. Aggressive but similar advertising and competition between eye care providers has meant it has become more and more difficult to differentiate between the players, with many offering very similar deals and running identical ads.”

Overwhelmingly, feedback from the consumers surveyed was that prices for eye care products such as frames and lenses are too high, and are not competitive against prices that can be achieved in other countries

Within this highly competitive environment, challenger brand Budget Eyewear has taken out our inaugural ‘Most Satisfied Customers – Optometrists award’.

Cannex commissioned professional market research company Colmar Brunton to survey 2,500 people and asked them to rate an optometrist they had recently visited on a number of different criteria.

“Overwhelmingly, feedback from the consumers surveyed was that prices for eye care products such as frames and lenses are too high, and are not competitive against prices that can be achieved in other countries,” Cannex stated.

“Additionally, there is frustration that the advertised deals are very different or difficult to take advantage of once in the store, with many limitations on available products.

Customers have also told us that there is not enough choice in specialty and lower price options. They have reported that the range of frames is limited when it comes to anything that is out of the ordinary or at the lower end of the price scale.”

Cannex claimed that those surveyed also raised concerns about being treated as a sale rather than a patient and service received had been described as variable, from pushy to non-existent with some customers reporting feeling that the eye exam was simply a way for the stores to sell overpriced or unsuitable contact lenses and spectacles.

The survey also revealed the following:

Overall
Budget Eyewear triumphed in this section, with their customers recording the highest satisfaction with this optometrist. Just Spectacles, Laubman & Pank and OPSM received four stars, followed by Specsavers and Optical Superstore on three.

Price
Optical Superstore was rated the most highly by its customers in this criteria, followed by Specsavers and Budget Eyewear on four stars. Just Spectacles, Laubman & Pank and OPSM followed on three stars.

Service and Advice
Budget Eyewear and stable mate Laubman & Pank tied for most satisfied customers in this criteria, followed by OPSM and Specsavers on four stars and Optical Superstore and Just Spectacles on three stars.

Range
Laubman & Pank and OPSM customers were happiest with the range offered by their optometrists, followed by Budget Eyewear and Specsavers on four stars and Optical Superstore and Just Spectacles on three stars.