Connect with:
HomemifashionThe Fashion House with The Inside Running
mifashion
author: Melanie Kell

The Fashion House with The Inside Running

Chic, elegant, sensual and ultimately feminine. You could say that when it comes to fashion, Escada, which ironically means “nothing” in Portuguese, stands for everything that the contemporary woman aspires to. So too does the brand’s eyewear collection

The roots of Escada Eyewear stem back to 1976, when Margaretha and Wolfgang Ley founded the fashion house Escada, named after the Irish racehorse of the same name the couple loved to bet on.

Their gamble on the fashion label has truly paid off. Today Escada designs, manufactures and distributes clothing, accessories and even homewares under the product lines Escada and Escada Sport, with the collections being sold under licenses throughout the world.

But, Escada hasn’t always had a smooth run. Margaretha Ley, the chief designer and co-founder of the company passed away in 1992, then, in 2006, after her widowed husband Wolfgang Ley resigned, the company went through a significant re-structure and was put up for sale.

Escada, which ironically means “nothing” in Portugese, stands for everything that the contemporary woman aspires to…

Ironically, the business angel that came to Escada’s rescue was anything but feminine, chic and sensual. It was, in fact, one of the world’s largest steel producers – the Mittal Trust. According to Forbes Magazine, the ‘Mittal Trust’ is owned by the world’s sixth richest man, Lakshmi Mittal, who has an extraordinary net worth of US$31.1b.1 Not that he had much to do with the acquisition. Negotiations for the Escada deal were managed by Mr. Mittal’s business-savvy daughter-in-law, Megha Mittel, who at the time was just 33.

Indian-born, Megha Mettal graduated from Wharton School of Business in the United States in 1997, with a Bachelor of Science in Economics with concentration in Finance. She subsequently joined the investment bank Goldman Sachs as an analyst in the research department and in 2003, obtained a postgraduate Diploma in Architectural Interior Design at the Inchbald School of Design.

With one eye for business and another on fashion, Ms. Mittal was perfectly suited to take on the position of Chairman at Escada. Her passion for fashion has had a significant impact on the brand’s success. Her family has been involved in textiles for three generations and her Indian heritage has also had an impact. “In India we have a long heritage of beading and weaves, and we love to drape and we love striking colours. We love our saris! My mother wore a sari every day, and I still wear one in India for special occasions like a wedding,” she told Vogue when interviewed at the time of the acquisition.

“Two things attracted me to Escada – its great heritage and its great potential. It’s an iconic global fashion brand – if you ask anyone anywhere in the world, they’ve heard of it!”

She also stated that her aim for Escada at that time was to find “a new fashion direction” that would be “a little more relevant for new customers”.2 For now, that aim has been fulfilled, and has resulted in a new look for the brand which is at once chic, elegant and relaxed.

Escada eyewear, introduced to the brand in 1998, is strongly influenced by the glamorous and sophisticated details of Escada fashion and accessories. The Lace Enchantment range within the 2012 eyewear collection is a perfect example. Lace, which is part of Escada’s history and has always been chosen for its gorgeous evening gowns, is a distinctive feature, either as decoration on the temples or reproduced into the metal as if it were chiseled.

Similarly, the small square shaped double E that characterises Escada’s large and round acetates, conveys a vintage feel while recalling the detail found on Escada accessories.

Colours and shapes are also a reflection on the fashion collection with the 2012 pallete extending from classic black, tortoiseshell and dark brown through to intense tones of burgundy and plum purple. Large and round shapes come alongside more classic styles, so that just like Escada’s garments, there’s face jewellery to choose from for both day and night.

Escada is distributed in Australia by Tiger Vision. For information contact AUS (02) 9557 2988.

The Rise and Rise of the Dragon 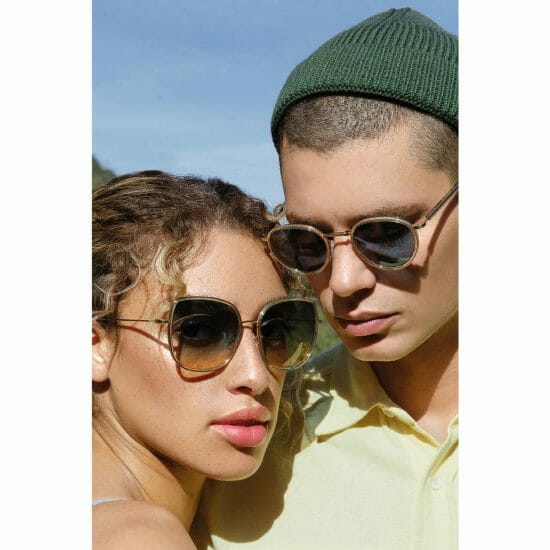