Getting the Picture: Ultra-Widefield Retinal Imaging 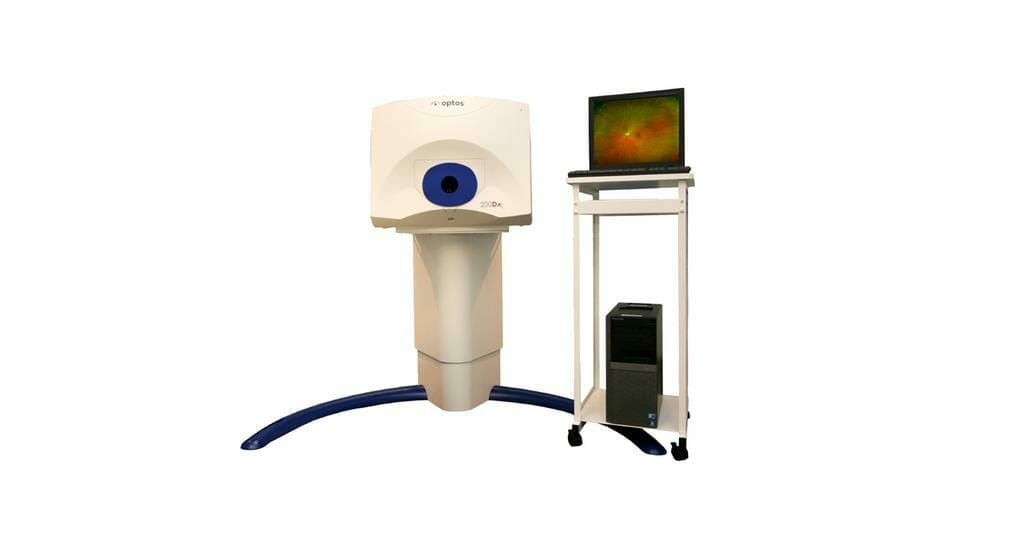 Ultra-widefield digital images give eye care practitioners a more comprehensive view by revealing up to 200 degrees of the retina in a single image. This technology facilitates the early detection, management and treatment of retinal disorders and diseases as well as systemic diseases such as hypertension and diabetes.

The value of retinal screening using ultra-widefield devices has been highlighted in a number of anecdotal cases and recent clinical studies.

In the Whiterock study1 researchers found 43.9 per cent more pathology with optomap retinal imaging than with a traditional fundus camera. The optomap device has also been proven useful as a screening device in the detection of diabetic retinopthy,2 compared to dilated and undilated ophthalmoscopy. It is particularly useful in detecting and monitoring the progression of peripheral retinopathies.

One of the immediate advantages of the optomap device is its relative ease of use. Patients generally do not need to be dilated, and aligning patients is a straightforward process after a little practice to familiarise yourself with the instrument’s operation. Patients who would normally represent a challenge to dilate and examine fully, such as children and the elderly, can be imaged on the optomap with little trouble or discomfort.

The optomap images generated by the system appear slightly different to conventional retinal fundus camera images, as the optomap is captured via a scanning laser, instead of white light, and this takes some time to adjust to. However, the optomap system allows each colour image to be split into layers, one showing the choroid and the other showing the retina, which aids in detecting and diagnosing pathology.

Another advantage of this system is the ability to document a patient’s retina at each visit. All optomap images are digital and automatically stored after capture. This allows them to be reviewed in the future and compared over time to detect changes.

Optos Ultra-widefield devices capture 200-degree images by creating a ‘Virtual Point’ in the eye. While most devices that take an image of the retina are restricted by the size of the pupil and surrounding iris, the Optos devices actually capture the image from inside the eye, just behind the iris plane. This provides a widefield view.

The Optos Ultra-widefield devices use two low-powered lasers simultaneously – red at 633nm and green at 532nm – to capture a colour image. Once generated, the two lasers are combined, sent through an optical scanning system, and reflected off a large ellipsoidal mirror inside the device through the pupil. Through the ‘Virtual Point’ behind the iris plane, the laser sweeps 200 degrees across the retina. When the laser light returns back into the system it is split back into red and green wavelengths.

The Optos Ultra-widefield device should not be viewed as a replacement for traditional ophthalmoscopy, but as the “perfect” compliment allowing the central retina and the retinal periphery to be imaged simultaneously. An example of the advantages provided by the technology is evident in a case
involving a female patient, who presented for a routine consultation. During dilated ophthalmoscopy an extensive area of retinal haemorrhaging was observed. The fellow eye was normal. We were able to document her retinopathy both centrally and peripherally with a single image. The patient was immediately referred for a fluorescein angiogram to determine the extent of the retinopathy.

The second group of images show comparison images from the same patient, after having extensive pan retinal photocoagulation to treat her diabetic retinopathy. One photo is taken with a digital retinal camera, the other with the wide-field optomap device. The side-by-side comparison graphically illustrates the differences between the abilities of the two instruments.

As well as enhancing the standard of patient care, optomap software enables the eye care professional to show patients exactly what is being seen in their retina. Each retinal image can be projected onto a 3D model of the eye to enable patients to see what is causing their symptoms or to reassure them that their retina is healthy. By using a preloaded image library, eyecare professionals are able to show patients how their retina will progress if, for example, diabetic retinopathy or a retinal tear is left untreated.

The Future of UWF

As further research is conducted in this area, the ability to see the periphery as well as the central pole will become more important at all levels of eye care. This is particularly true when confronted by an ageing population that increases the probability of age related diseases and changes manifesting in the retina. In the case of diabetes for example, as at January 2012,3 there were more than one million Australians listed on The National Diabetes Services Scheme (NDSS). That number is predicted to rise. Diabetics have a risk of vision loss that is significantly higher than the general population. This risk can be better managed through thorough screening, early detection and monitoring.4

I find the optomap a very valuable piece of equipment for the diagnosis and management of all forms of retinal disorders and diseases, allowing me to provide an improved standard of patient care. Widefield retinal imaging has been adopted widely in America and Europe, and I see no reason why Australia will be any different.

Max Astri is an optometrist at Eyecare Plus in Dubbo, New South Wales. He has practiced in Dubbo for 34 years. His clinical interests include ocular pathology and disease comanagement.