Eyewear Icons: an Expression of Individuality 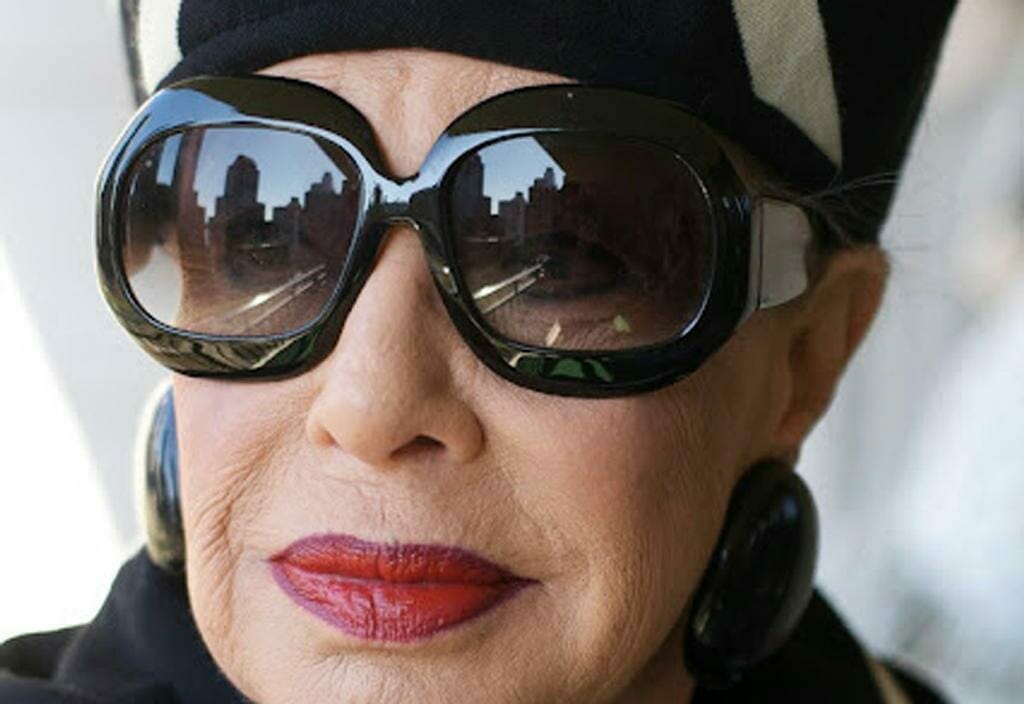 Some say a new pair of specs is better than a facelift. Optical lenses can highlight the colour and brightness of the eyes. Sun lenses hide the war that time has raged against the skin. A well designed frame can create a statement of individuality and draw attention away from imperfections that slowly emerge with the years. So why then, do many people as they age, choose a more conservative frame? Isn’t it time you encouraged your more mature customers to express their individuality – to wear bold new styles with confidence.

In his stunning new book Advanced Style, author and blogger Ari Seth Cohen argues that suddenly in fashion, older is better. He could be right. Faced with an ageing population, there’s no doubt that the mature among us, who’ve moved on from parenthood and have cash to spend, could soon be calling the fashion shots.

Inspired by the fashion sense of his own grandmother, Cohen’s book, and blog of the same name, don’t focus on mainstream fashion followers or conservatives – instead they celebrate individualists – both high profile and ‘every day’ people he’s bumped into on the streets of New York.

“My eyes have always been drawn to older people,” said Cohen, at the age of 28. “And from a style point of view, I find them more interesting because they are of an age where they don’t have to impress anyone and can wear what they want.”

In Cohen’s book the timeless style icons featured include Iris Apfel, a 90 year old woman who doesn’t just wear contemporary eyewear – she designs it too. The diminutive woman, famous for her oversized round frames, has built a global empire in recent years with a line of cosmetics for MAC, a collection of jewellery for HSN and Alexis Bittar and, of course, a line of eyewear for Eyebobs. Never shy of speaking her mind, Iris bemoans the current fashion trends and has reportedly said women should be imprisoned for wearing ‘bad clothes’.

“It was fabulous (in the ‘50s); everyone looked beautiful,” Ms. Apfel has said. “Now I just want to throw up. … Ten years ago people were starting to look like slobs in New York, now it’s an epidemic.”

Another older woman making her impact on the international scene is the German artist, stylist and author of My Father’s House – Beatrix Ost. Twins Mary Kate and Ashley Olsen “discovered” the beautiful 72 year old with bluish hair and striking clothes and have dubbed her their official ‘muse’ for their brand of apparel and accessories, The Row.

In Australia, we have our very own timeless eyewear icons – celebrities for whom spectacles have become their trademark – think Dick Smith, Rolf Harris, and our beloved Dame Edna Everage. Then there are the younger – yet still ‘mature age’ local identities, among them the ABC’s Andrew Denton, SBS’s Lee Lin Chin and Kirk Pengilly from INXS fame.

Kirk Pengilly is an Ambassador for JulEYE – the annual community awareness campaign undertaken by the Royal Australian & New Zealand College of Ophthalmologists (RANZCO) Eye Foundation. He’s also a fashion influencer from way back and believes framesare integral to the expression of a person’s individuality.

Canberra based ophthalmologists Drs. John and Isobel Smiles have worn matching frames for the past 20 years – not because they’re trying to make a fashion statement or to be outlandish, but purely because they want to maximise their vision.

“Eyewear styles are really determined by those who determine fashion and to a certain extent they tend to sacrifice the optics – people will opt for fashion over functionality,” said Dr. Smiles

Now I just want to throw up. … Ten years ago people were starting to look like slobs in New York, now it’s an epidemic