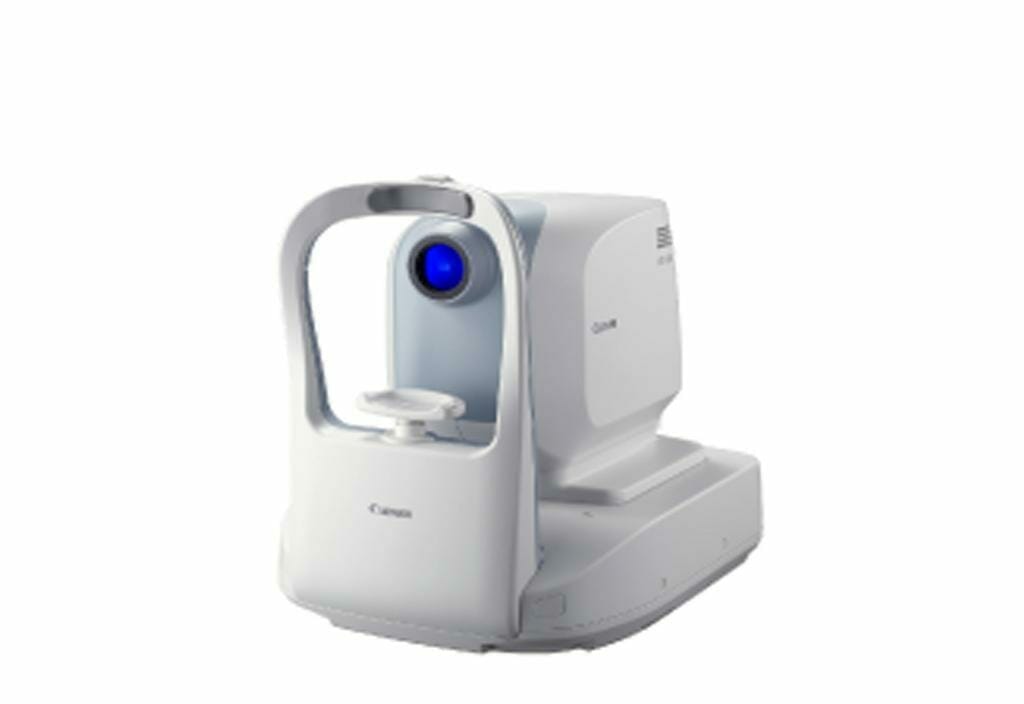 Purchasing an OCT can be a daunting experience for the buyer. Choice is now plentiful with over seven different manufacturers of OCT’s currently marketing their devices today.

The release of Canon’s OCT HS-100 has been much anticipated. Renowned for the image quality of their retinal cameras, Canon needed to produce an OCT that differentiated itself from the market, much like their Retinal Cameras have done.

The approach Canon took was to look at size, performance and ease of use. Based on the early feedback from installed units now coming in, it appears that Canon has once again raised the bar and delivered in all these areas.

The HS-100 is a compact unit that delivers a three-micron resolution scan (most deliver five-micron). This allows ultra-fine detailed scans of the macula, disc and cornea at a staggering 70,000 scans per second and completing a 3D scan in around 1.6 seconds. Additionally, existing retinal camera images can be imported for overlay then toggled between the scanning laser ophthalmoscope (SLO) and retinal camera image.

Brad Deece from McLennan Deece Optometrists is impressed with the technology. “This is easily the smallest fully featured OCT on the market,” he said. “It is very quick and the scan it produces is the same size as my fundus camera image.”

By using an SLO, a high-resolution image preview of the scan area can be achieved. The SLO also guarantees accurate registration of the scans when comparing it to future scans. Additionally it simultaneously captures the SLO image and tomograph in real time ensuring accurate registration. The automatic eye-tracking feature allows the scanner to follow eye movements during the examination, which also ensures reliability.

Canon’s fully automated process of capture has made the Canon OCT HS-100 extremely easy to use. Once positioned and the scan type is selected, all the operator has to do is press start and the OCT does the rest. It fully optimises the scan by correcting position, patient refraction and signal, and allows the capture of the best possible scan set. The device was designed to provide the greatest possible detail, yet it can be operated by a novice user without compromising the information provided.

Spiro Magdalinos, Optometry Manager at OPSM Eye Hub found the new technology is easy to adjust to. “Having had an initial introduction of five minutes on the device, I went on and performed both macula and disc scans on over fifty patients within a couple of hours. I can testify that with the Canon OCT it truly is only a matter of a few clicks from start to finish for each examination,” he said.

The software provides the user with a number of different options for assisting in the diagnosis of disease processes. This includes Ganglion cell analysis tools and uniquely, the ability to analyse symmetry between Superior and Inferior regions of the retina using true patient anatomy. The software can also be used to compare this symmetry to the fellow eye and show a trend analysis over time. This provides an extremely important glaucoma analysis progression tool.

“The software has a number of unique features which make it simple to use, easy to incorporate into routine consultations, and very informative and easy to understand for our patients,” said Mr. Magdalinos. “The clarity and organisation of the visual displays is well designed. The display allows efficient diagnosis, easy patient explanation of the retinal scans and quick understanding from a patient perspective.”

The new OCT’s size is also impressive. “I would highly recommend the Canon OCT to all optometrists,” said Mr. Magdalinos. “It is a compact device, which fits neatly into the smallest of consultation rooms. Its benefits and features do great justice to both practitioner and patient needs. Furthermore the services of OptiMed are timely, efficient and their long-term support is second to none,” he said.

The Canon HS-100 will be centre of attention at this year’s ODMAFAIR. Come and see OptiMed in the middle of the hall, stand J22 and take it for a test drive.

Stepper Eyewear: Good on the Nose

Rotary Behind the Fight Against Blinding Disease