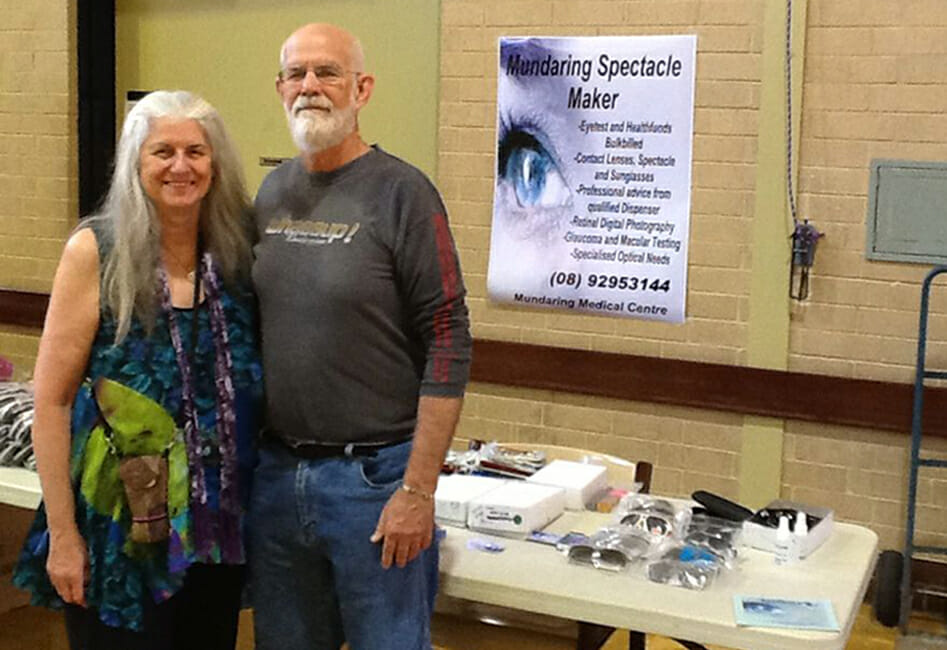 Spare a thought for the people from the Shire of Mundaring on the outskirts of Perth, whose lives have been devastated by bushfires that ripped through the Western Australia suburbs of Parkerville and Stoneville during January.

“It was a terrible tragedy,” said Arnold Donnelee from Mundaring Spectacle Maker, who has lived in Stoneville, one of the worst affected areas.

“There were 56 homes that suffered total loss and more than a hundred homes affected by loss of sheds and partial damage. A lot of people work from home and so their sheds are their offices.

“I was very emotional when I heard about the extent of the fires – these people are my friends and clients.”

In response to the fires, Mundaring Spectacle Maker set up a table at the evacuation centre where staff provided affected residents with eye drops, and optical products, all of which were donated. Ms. Arnold said she was overwhelmed by support from eye care suppliers.

“We were given eye drops from CIBA and Bausch and Lomb; sunglasses and frames from Aviva, Frames Etc and VMD Eyewear; spectacle lenses from Essilor and emergency magnifiers and safety glasses from Mann Optics.

“We set up a table at the evacuation centre and hand delivered these directly to the people affected. We heard so many stories of bravery and sorrow.”

Two weeks on, Ms. Arnold said the practice is still helping clients, who have lost everything, to get back on their feet.

Experts to Speak on Dry Eye