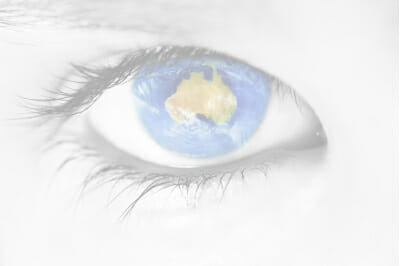 A study has found that Australia’s annual economic cost of blindness from cataract, diabetic retinopathy, glaucoma and wet age-related macular degeneration was approx. AU$1.64 billion in 2013.

Julie Heraghty, CEO of Macular Disease Foundation Australia welcomed this latest report which she said is a reminder of the significant costs associated with sightthreatening diseases. Ms. Heraghty said the study highlights the cost of the most serious end of blindness from the wet (neovascular) form of the disease.

“However, it is also important to consider the total cost of blindness from AMD using the Australian definition of 6/60, as well as vision loss resulting from both wet and dry AMD,” said Ms. Heraghty. “The Foundation’s Deloitte Access Economics Report Eyes on the Future, co-authored by world expert Professor Paul Mitchell, and published in 2011, undertook this comprehensive analysis.

The study found Australia has a blindness prevalence of 0.11 per cent …

“Importantly, Eyes on the Future also included the estimated societal costs for Disability Adjusted Life Years (DALYS). The total cost of vision impairment and blindness from all forms of AMD in Australia was
calculated to be slightly more than AU$5 billion per year,” she said.

The 2013 study, which was presented at a global conference in Tokyo entitled ‘Resolving Unmet Needs in Ophthalmology’, stated that because cataract, glaucoma and wet age-related macular degeneration (AMD)
are primarily age-related conditions, future prevalence is likely to rise with demographic ageing of populations. Hence, the burden of blindness and eye disease is likely to continue to rise in the future.

Wet AMD however, imposes the largest loss of wellbeing in Australia due to its disabling impact with the rapid and worsening onset of vision loss.

“Understanding costs enables the case to be put forward for sufficient and appropriate resources to be allocated to reduce the incidence and impact of macular disease,” said Ms. Heraghty.

The 2013 study found that interventions to prevent and treat eye disease may result in averted DALYs and substantial economic savings from blindness prevention. For example, it was estimated treatment in
Australia of people with wet AMD using ranibizumab could gain 7,315 to 23,651 vision years (DALYS).

At the global conference in Tokyo, Dr. Adnan Tufail from Moorfields Eye Hospital spoke about the growing incidence of diabetic macular oedema (DME) and myopic choroidal neo-vascularisation (myopic CNV)
among younger people. He said the finding that ranibizumab can treat both is significant because the burden of these diseases on the global economy is expected to rise.

“Diabetic macular oedema is more common in maturity onset or type 2 diabetes, which is the type of diabetes set to increase dramatically globally,” he said adding that ranibizumab has been shown to inhibit the leaky blood vessels that cause DME, enabling the restoration of the macular anatomy and recovery of visual acuity.

“Five trials have shown the use of anti-VEGF agents has caused a restoration of vision and (that this therapy) is superior to no therapy or laser therapy,” he said. Citing the DCR Net and Restore Studies, he said, “We have data extending out to five years showing the benefits extend out to this period”. He said Restore data suggests earlier treatment results in better outcomes in treatment overall but even delayed treatment
can improve visual acuity.

Dr. Tufail said treatment of DME with ranibizumab has a good safety profile and is less burdensome than treatment for wet AMD because fewer injections are required over time – patients who showed good efficacy after nine injections in year one; three in year two and one in year three. He said the low level of burden means compliance should be good.

Dr. Tufail said myopic choroidal neovascularisation (mCNV) is another disease that can be effectively treated with ranibizumab. “Myopia causes are predisposed to degenerative disorders… During teenage years, secondary changes can occur which result in worn out patches that can trigger the growth of blood vessels in these areas. This disease is not related to age, it occurs in a working age group, so it has a much greater
impact on the economy (than AMD).”

Dr. Tufail said mCNV is the dominant cause of vision loss in Asian populations, particularly in Japan, which “is not fully understood.”

He said two studies have shown a marked recovery in vision among patients with CNV treated with ranibizumab; the recent Radiant study, which compared ranibizumab in two doses with photodynamic therapy (the previously licenced therapy) showed superiority of ranibizumab.

Mr. Sauer said Novartis is currently researching treatments for dry AMD while also continuing research into
understanding wet AMD. “Treatments for wet AMD are symptomatic – they’re not addressing the disease cause itself and progression of the disease.”

He said it is also important to look at “more effective combinations of drugs to make the anti VEGF last longer or block other pathways that in the medium to long term lead to the disease in the first place,” said Mr. Sauer.

Ranibizumab (Lucentis) was registered for treatment of DME in November 2012. Novartis is working with the Pharmaceutical Benefits Advisory Committee on reimbursement of Lucentis for DME and with TGA regarding registration of Lucentis for mCNV. Novartis is also working on a new device that will allow continuous flow of its anti VEGF treatment over three to six months.