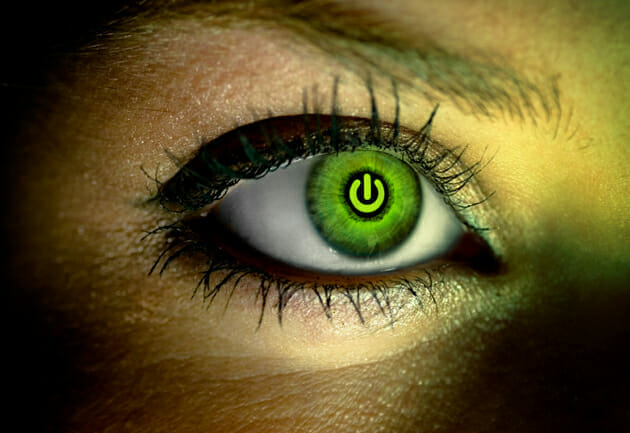 By compensating for near astigmatism, taking high order aberrations (HOA) into consideration, and incorporating the latest aberrometric technologies, Rodenstock has delivered a modern progressive lens that will allow independent optometrists to exploit the potential of each patient’s vision.

The question is often asked: given the highly developed modern progressive lens is there any potential for further improvement? As technology keeps improving the answer has to be a resounding ‘yes’!

There are three important leverage points that lead to improved vision: compensation for near astigmatism, taking the high order aberrations (HOA) into consideration, and incorporation of the latest aberrometric technologies.

Rodenstock has taken these aspects into consideration in the lens calculation in order to produce Eye Lens Technology (EyeLT).

For the first time, thanks to EyeLT, Rodenstock is able to implement a near cylinder in a progressive lens that is independent of the far cylinder, whereby the compensation for near astigmatism takes place in two steps.

The EyeModel takes the effective near astigmatism as well as Listing´s law for near vision into consideration without the eye care professional having to perform an additional measurement. The near cylinder of the lens is adjusted to natural vision in the value and axis with the help of a unique physiological vision model.

In contrast, with the Personal EyeModel option (soon to be released in Australia), the individual subjective near refraction is transferred to the lens. That way, anatomically induced near astigmatism
can be compensated.

Rodenstock has developed a new, complex physiological model – called pupil-optimised correction – which considers the higher order aberrations (HOA) of the eye in the lens calculation. This physiological model has formed the foundation of all second generation Impression lenses and helps minimise the negative effect of spherical aberration on vision. This unique new calculation of a lens gives the customer the best vision ever with Rodenstock lenses. The result: Pin-sharp vision at all distances and in
all lighting conditions.

Near astigmatism is a known and important topic in ophthalmic optics, and hence it is also a topic in a multitude of international studies and discussions in numerous textbooks.1,2,3,4 In practice, however, compensation of near astigmatism played a subordinate role in the past.

There can be several causes for near astigmatism. The first cause is based on physiology: during eye movements, the eyes adopt a torsion position defined by the line of vision. This is described by Listing’s law.

Rodenstock has taken Listing’s law into consideration in the lens calculation since it introduced the world’s first individual progressive lens, Impression, in the year 2000. In its original form, Listing’s law only applies to far vision. Significant modifications arise in near vision due to the convergence (see Figure 1).5,6,7 Rodenstock takes these current scientific findings into consideration in the lens calculation with EyeLT. Here, an improvement to vision in medium and far distances is achieved for all astigmatic prescriptions through an additional adaptation of the cylinder axis in near vision (see Figure 1).

With the help of an advanced physiological model (EyeModel), Rodenstock has been able to take Listing’s law for near vision and far vision as well as the effective near astigmatism into account in the lens calculation and optimisation. Near objects are therefore once again projected clearly onto the retina.

As the third cause, there are individual anatomic causes that can lead to near astigmatism due to astigmatic accommodation, for example due to tilting of the crystalline lens. Anatomically induced near astigmatism, however, cannot be reproduced in a physiological model. Subjective near refraction is necessary to determine it, which also includes checking the value and cylinder axis of the near cylinder in addition to the usual addition determination.

With Personal EyeModel, this data is fed into the progressive lens calculation at Rodenstock. The spectacle wearer benefits here from considerably larger visual zones and much sharper near and intermediate vision.

The Personal EyeModel order option, soon to be available in Australia empowers independent optometrists with the possibility of differentiating by providing an individual near refraction. This allows the optometrist to use their core competence in the consulting room by providing a more personal experience and a prescription that is directly linked to the unique optometric examination.

Especially in these times, which are characterised by high visual demands at medium and close range because of computers, tablets and smart phones, sharp and fatigue-free near and intermediate vision is becoming more and more important. Improved vision promotes not only the satisfaction of the spectacle wearer, but it also increases their performance.

Rodenstock has taken the intrinsic HOA of the lens (coma and spherical aberration) into consideration in lens optimisation since the year 2000.8,9

In addition, the high order aberrations of the eye are fed into the lens calculation in the newest generation of individual lenses from the Rodenstock Perfection category. This involves a highly complex calculation method developed by Rodenstock: pupil-optimised correction, which is based on a physiological vision model.

As discussed, it is generally not possible to correct the high order aberrations of the eye with a lens. Thanks to this new development from Rodenstock, it is, however, possible to take the effect of the HOA on the best sphero-cylindrical correction into consideration. An important characteristic value here is the pupil diameter. High order aberrations have a greater effect with large pupils than with small pupils. Hence, the best sphero-cylindrical correction also varies with different pupil diameters.

In turn, the pupil size is affected not only by the ambient lighting, but also by the accommodation condition as well as the convergence position of the eyes. This coupling is referred to as near trias. If the eyes are fixed on an object in the distance, then the pupils are larger than when they are fixed on a near object. However, the maximum pupil opening reduces with increasing age by an average of 0.4 mm per decade.10

Since August 2013, pupil-optimised correction is one of the basic technologies of all individual lenses of the Rodenstock Perfection category. Here, the mean spherical aberration of the eye is fed into the lens optimisation – subject to the pupil size (see Figure 3).

In most cases light rays that hit the eye at the edge of the pupil are refracted more than rays close to the optical axis. Hence, the point of the best image is no longer on the retina with a large pupil. When the pupil size increases, this causes a type of myopia, which results in an unclear image and loss of contrast (see Figure 4).

As already mentioned, it is not possible to correct the spherical aberration of the eye with a lens. However, it is possible to minimise its negative effect on vision. The foundation of pupil-optimised correction is an advanced physiological model upon which lens optimisation is based and which is based on standard values of the pupil size as well as the average spherical aberration of the eye.

Each vision point of a lens can be assigned a specific object distance. With the help of this newly developed physiological model and the findings on the correlation between the ordered addition and age, it is possible to determine the pupil play depending on the vision point. Hence, it is possible to calculate the spherical aberration of the eye depending on the pupil diameter and take it into consideration for lens optimisation. The spectacle wearer profits from absolutely clear vision at all distances and in all light conditions, in particular driving at night time or in low light conditions.

The correction of near astigmatism as well as taking high order aberrations into consideration therefore represent two important milestones on the way to optimum vision through lenses. With Eye Lens Technology, Rodenstock has been able to take these two aspects into consideration in lens optimisation. This is based on an extensive analysis of the customer’s individual vision system. In the process, the individual parameters as well as the frame and centration data and also the subjective refraction of far vision and near vision are incorporated into the lens (see Figure 5).

Based on these parameters, Rodenstock calculates the best sphero-cylindrical correction for each vision point in the lens. Above and beyond this, the lens design can be adapted to the individual visual requirements with Impression FreeSign 2. Hence, vision is put into harmony not only with the personal living environment of the spectacle wearer, but their individual vision potential is also exploited 100 per cent.

Dr. Dietmar Uttenweiler is a doctor of physics and has extensive research experience in the areas of optics and mathematical methods, ophthalmic optics, physiology, optical measurement technology and optoelectronics. He is currently Head of Strategic Business Unit Lenses and Vice President with Rodenstock GmbH.

Christina Butz graduated as an engineer in ophthalmic optics from Jena University of Technology in Germany. She has worked as a development engineer with Rodenstock GmbH and is now Project and Product Manager of the Strategic Business Unit Lenses at the company. 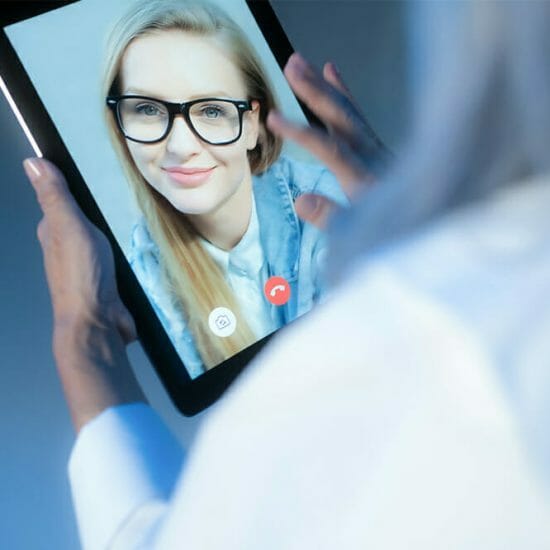 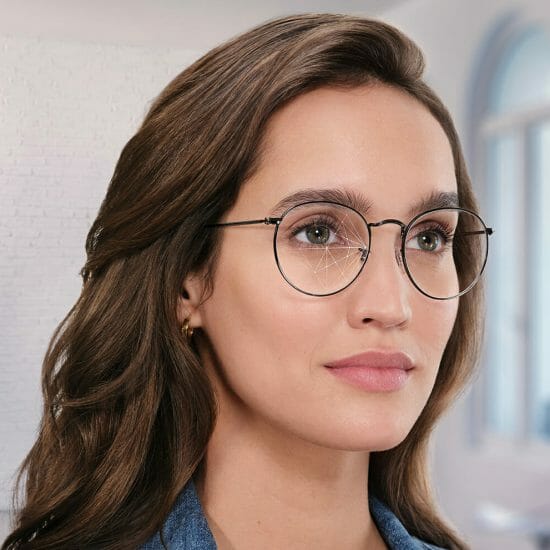 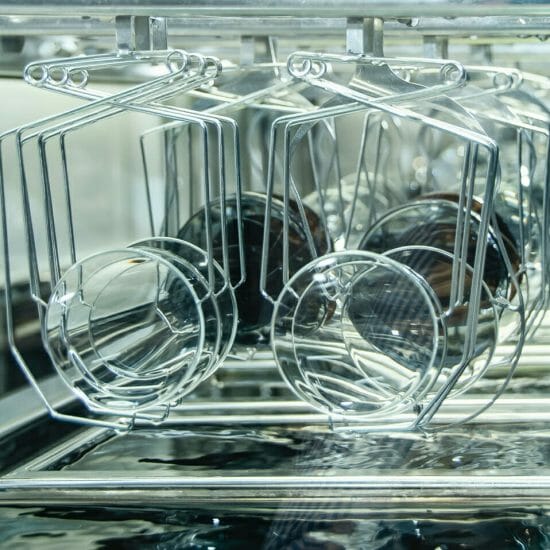 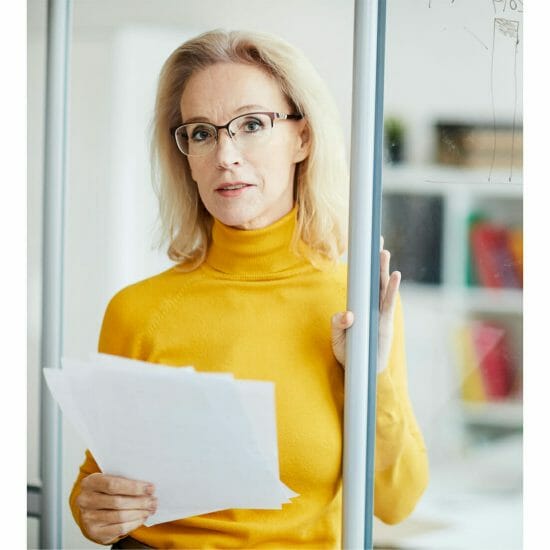 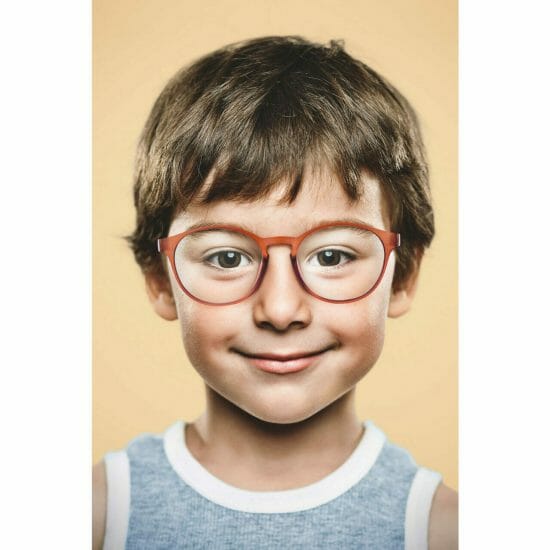 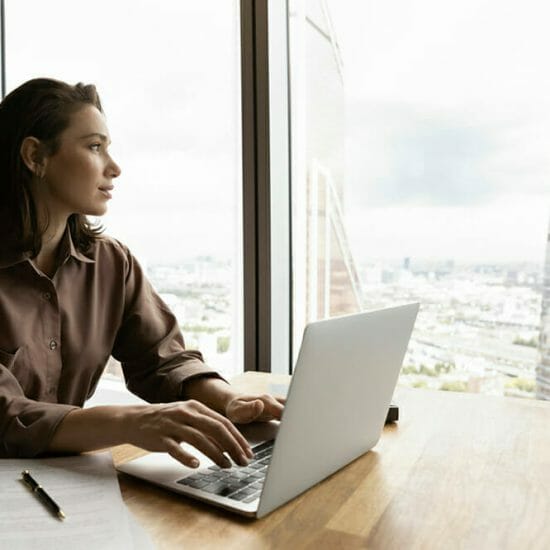