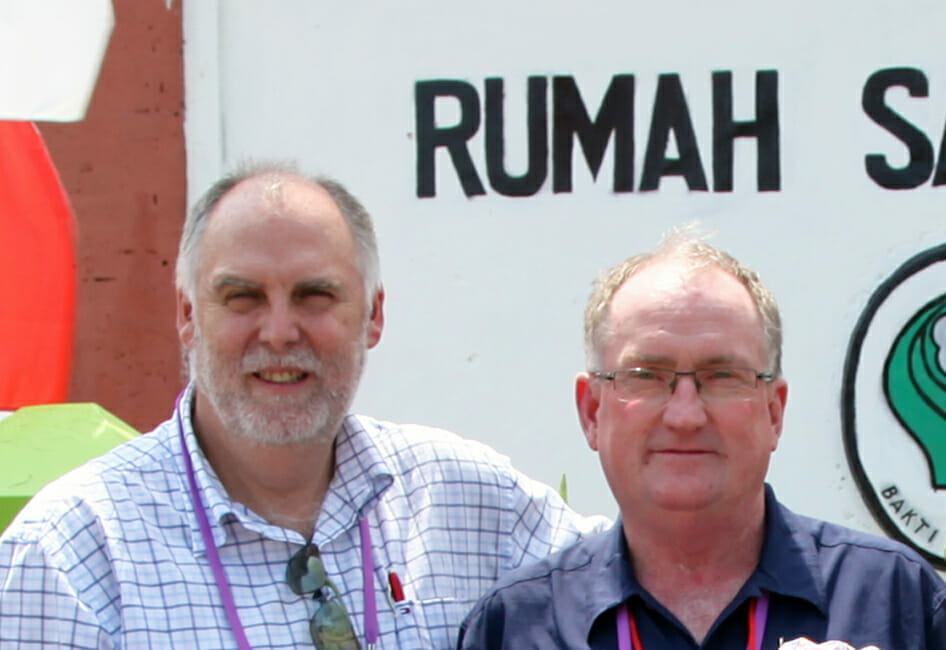 Amidst a long list of preeminent Australians recognised in this year’s Queens Birthday were seven outstanding people working in eye health. mivision joins the Australian eye care community in congratulating these people for their contributions.

Ms. Diamond, whose parents discovered she was blind when she was just six weeks old, is currently the General Manager, Advocacy and Engagement at Vision Australia and an inspirational member of the vision impaired community.

In an article that appeared in Daisy Consortium, Ms. Diamond said, “I think that one of my major contributions to persons who are blind or have disabilities is my role as a parent – whether it was walking to and from school with my children, being present for various activities in the class room or school events, being part of my children’s sporting and other activities, and so on. In these roles, I was there as a parent, not as a blind person. Using braille to access information at meetings and using my white cane getting to and from meetings, and participating as other parents did in those meetings, was a great way to influence their attitudes and beliefs about persons with disabilities”.

Officer of the Order (AO) Medal

Maryanne Diamond from Strathmore, Victoria was recognised with the Officer of the Order (AO) medal in the General Division of the Order of Australia. Ms. Diamond was recognised for her “distinguished service to people who are blind or have low vision through national and international leadership roles, and as an advocate for best-practice employment opportunities”.

She was Head of Delegation to World Intellectual property Organisation (WIPO) from 2009-2013, for negotiation of ‘The Marrakech Treaty to improve access to information for persons who are blind, visually impaired or otherwise print disabled’ (adopted in June 2013) and Chair of the Global Employment Committee since 2009; which developed the Global Employment Reserve Bank for Blind and Visually Impaired Persons, their families and employers.

Ms. Diamond was the Executive Officer, Blind Citizens Australia from 2000-2004 and the Advocacy and Information Officer from 1998-2000. Board positions include the International Council for Education of People with Visual Impairment, (2009-2012); Aged Macular Degeneration International Alliance (since 2011); Australian Pacific Islands Disability Support (since 2005); Australian Blindness Forum (2012-2014); Australia’s National People with Disabilities and Carer Council (since 2009); ACOSS (2007-2011); and the Global Partnership on Disability and Development (2010-2012).

In addition to the Order of Australia, Ms. Diamond was recognised with the David Blyth Award by the Blind Citizens Australia in 2013; she was named as one of Melbourne’s 100 most influential people by The Age Magazine, 2008 and recognised as Life Governor of the Royal Victorian Institute for the Blind in 2000.

Medal of the Order Recipients (OAM)

Ophthalmologist Dr. Francis Poh Gwan Cheok from Riverview, NSW, received an OAM “for service to medicine, particularly ophthalmology, to professional organisations and to the community”. Dr. Cheok is highly regarded for his pioneering work in phacoemulsification cataract surgery.

Dr. Cheok has made annual visits over many years as a volunteer ophthalmology surgeon to the Jesuit Mission in Hazarabag. He is the Chairman of the Older Fellows Committee of the Royal Australasian and New Zealand College of Ophthalmologists since 2011; a Council Member since 2012; and has served on the Public Relations Committee and Congress Organising Committee. Dr. Cheok is a Member of the Ophthalmic Research Institute of Australia; the Australian Foundation for the Prevention of Blindness; the Medical Guild of St Luke; the Australian Sports Medicine Federation and the College of Occupational Medicine.

Optometrist Peter Wayne Lewis from Mount Waverley in Victoria received an OAM for “service to optometry, particularly eye care in Indonesia and Timor-Leste”. Mr. Lewis is the co-founder of the Sumba Eye Program; has been a volunteer optometrist for the East Timor Eye Program since 2004 and has worked as an optometrist in private practice since 1977. He established Lewis & McConnell Optometrist in 2002.

Optometrist Peter Duthie Stewart from Kew in Victoria was recognised with an OAM for “service to the international community through the provision of eye health programs”.

Optometrist Jane Frances Duffy from Fitzroy in Victoria was awarded with an OAM for “service to community health, particularly through optometry services”. Ms. Duffy is a Victorian Practitioner Member of the Optometry Board of Australia and the Australian Health Workforce Ministerial Council, since 2009. She has been Chair of the Scheduled Medicines Advisory Committee since 2010; and is a current Member, of the Policy and Guidelines Committee.

Ms. Duffy was President of the Optometrists Registration Board of Victoria in 1996; and a Ministerial Appointee from 1993-1996. She was a Sessional Member (Optometrist) with the Victorian Civil and Administrative Tribunal, 2006-2012 and the Foundation Executive Officer of the Optometry Council of Australia and New Zealand from 1996-2009. Additionally Ms. Duffy assisted in establishing the Indian Optometry Federation and the Optometry Council of India, at the invitation of the Brien Holden Vision Institute and the Australia India Council, from the late 2000s-2012. She was a Councillor at the Australian College of Optometry from 2010-2012 and has been a Member with the College since the mid-1970s. Ms. Duffy has been a Member of Optometry Australia since 1994 and practices as an optometrist at the Fitzroy North Eye Centre.

In 2005 Ms. Duffy was recognised with the Ivor J Lewis Medallist from Optometry Australia (then known as Optometrists Association Australia).

Gertrude Marguerite Westh from Camberwell in Victoria was recognised “for service to the blind and people with low vision”. Ms. Westh was the State President, Council of Auxiliaries, Royal Victorian Institute of the Blind (now known as Vision Australia), from 1986-2004; and State Vice-President from 1972-1985. She has been a Member of the organisation which is now Vision Australia since the 1930s and was involved in establishing the Lighthouse Auxiliary.

In 1990 Ms. Westh was awarded the Blind Workers Union Medal. She has also been recognised with a 50 Years’ Service Award from the Royal Victorian Institute of the Blind.

Optometrist Susan Kathleen Walton from Newcastle in NSW received an OAM for “service to community health, and to people with a disability”.

Ms. Walton has been the National Clinical Director for the Special Olympics Australia since 1999 and has volunteered with the organisation since 1995.

She was involved with the Opening Eyes Program in Australia, Asia Pacific, and globally, and assisted in the development of the Healthy Athlete Program for games participants. Ms. Walton has been a Volunteer Sports Vision Consultant at the Hunter Academy of Sport, since 1994 and in the 1980s was a Founding Committee Member of the Sports Optometry Section for Optometrists’ Association of Australia (now Optometry Australia).

She has been an Inaugural Fellow of the Australasian College of Behavioural Optometry since 1988.

SRC 2014:Melbourne in the Autumn

Made By ZEISS: Brand Heritage of Over 160 Years.