UWF and OCT: Maximising the Advantages 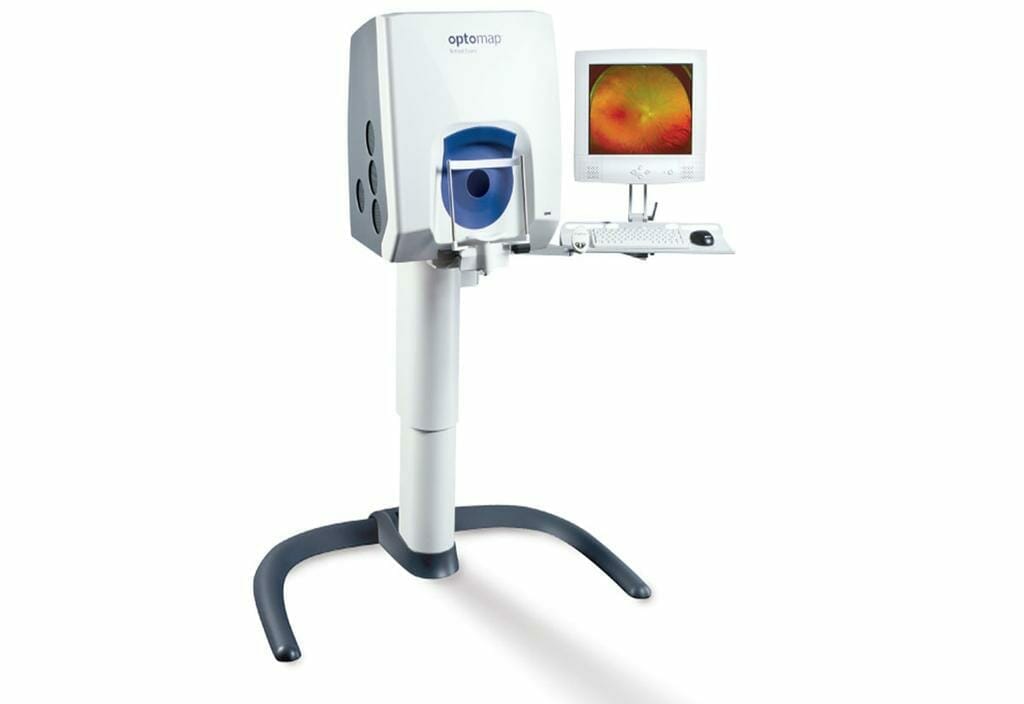 Ultra-widefield imaging technology and OCT provide undisputed clinical advantages for patient management. The trick is to schedule carefully so that neither patient nor practice is inconvenienced.

In 2009, while in third year optometry at UNSW, I attended a lecture on diagnostic equipment. The lecture was presented by an optometrist from the soon to be opened Centre for Eye Health. Numerous imaging techniques were presented but none seemed more impressive to a student still struggling with indirect ophthalmoscopy and funduscopy than ultra-widefield (UWF) scanning laser technology.

When I learned of its initial cost and that it could not be used in place of dilated fundus examination, it seemed it might be a while yet before optometrists routinely used UWF imaging. Hence when completing my optometry degree in 2011, I did not consider whether UWF imaging would be available in the practice I was to join. At the time, like most of my fellow students, I was much more excited by the prospect of using optical coherence tomography (OCT).

I had become familiar with using and interpreting OCT during my studies and was already convinced that it allowed for improved patient care and follow-up. Since graduating, I have never practised without an OCT and have seen firsthand its clinical value, particularly in cases of reduced vision, macula pathology and diseases of the retinal nerve fibre layer and optic nerve head. Registering baseline images in those over the age of 50 and/or with a family history of glaucoma has been a particular aim of mine because I believe it better enables me to distinguish between normal physiological change and pathology – a principle role of a primary health care provider.

When I first began practising, having both the expertise and time to perform OCTs was invaluable to building my own patient base. My colleague, Peter Hewett, presented me as the expert in this area. He handed long-term patients over to me to perform their OCT imaging so they could become familiar with me and begin to trust me with delivering their future eye care needs. Having an unfilled appointment book also meant I was frequently able to use the OCT on my own patients at the time of their initial consultation.

Performing OCT scans is easily learned and most will already be familiar with the analysis. However, it does take time, and this has presented a difficulty now that my appointment book has started to fill up after a few years of practice. The process of moving the patient to another room, taking the scans, and interpreting and explaining results can take in excess of 10 minutes. This has meant those non-urgent cases, in which a baseline or follow-up scan would be clinically useful, need to be booked back at the time of their glasses collection or on another day. I feel it important to highlight this, not to deter anyone from implementing an OCT into their practice, but rather to suggest you consider how to manage your time and the time of staff so that this imaging modality can be offered to those who stand to benefit from its use.

In July 2012, my practice introduced UWF imaging. Initially, I felt our purchased device, the Optos Optomap, may present another time management issue. However, I was presently surprised by the ease and speed at which images could be taken – the procedure can be performed through 2mm pupils at the click of the button and takes no longer than a standard fundus photo.

However, the ease of imaging was not a primary concern. Rather, it was whether it would offer clinically relevant information outside that obtained during my normal consultation, particularly now I was no longer a student looking to avoid dilation. After using this device just once I realised the benefit of making UWF imaging a key part of a routine examination.

The first patient I imaged with the Optomap was a middle-aged investment banker who presented to my practice for the first time with increasing presbyopia and a need for new glasses. I performed baseline UWF imaging and to my surprise, his right eye’s image clearly highlighted an asymptomatic peripheral retinal hole. (Image 1)

This was a patient I would not have routinely dilated. His appointment was first thing in the morning before work, he was in good health, had no family history of eye disease, no symptoms, and no myopia. So did I dilate him? Of course. It would have been negligent not to as, although UWF imaging offers an incredible 2000 field of view, this may approximate to only 80 per cent of the retina. Hence dilation was required to confirm whether other risk factors for retinal detachment were present. It also ensured the initial hole could be assessed stereoscopically.

Rather than compromising this patient’s vision for his day’s work, I elected not to dilate him at the time of the initial appointment. In the absence of symptoms, and after warning him of the risks of having a retinal hole and the symptoms of a retinal detachment, I arranged to dilate him a few days later, outside his working hours, when he came in to collect his glasses and contact lenses. This was preferable for the patient as he could organise to walk to and from the appointment.

As mentioned above, this was my first impression of the Optomap. It clearly demonstrated its ability to detect clinically relevant signs and allow for improved patient management. I now present it to patients as the best tool I can use to screen for eye disease and have been amazed by the number of asymptomatic peripheral retinal haemorrhages, retinal holes, CHRPEs, and choroidal naevi that are found. Even rare yet significant pathologies such as choroidal melanomas and osteomas are readily distinguished with this device.

Has it meant that I dilate less? Not necessarily. Any patient presenting with flashes, floaters, acute or transient vision loss or any form of visual disturbance, will still always be dilated at the time of presentation. Any lesion or abnormality of the peripheral retina will also be examined with dilation within an appropriate timeframe.

The advantage of an UWF image extends beyond the initial screening and diagnosis. It acts as a baseline for future monitoring. No longer will you need to hand draw the location of vascular anomalies or chorioretinal lesions and estimate their size in disc diameters.

Having this documentation also helps with patient education. Diabetic patients are able to see the effect of their condition on the peripheral retinal capillaries. Hypertensive patients are shocked by the tortuosity of their retinal vasculature. High myopes with white without pressure or lattice are able to appreciate how their prescription may affect their retina. Conditions requiring urgent action are readily understood by patients, allowing for an efficient referral. The latter was particularly exemplified by a case I encountered last year.

A 66-year-old, long-term hyperopic patient presented to me for a prescription check so that she might take a copy with her on an overseas trip. She did not want any other testing as she had had a comprehensive test within the past 12 months that included UWF imaging and was keen to get home and pack for her flight the next day. I checked her script, which had not changed, and a look through her undilated pupil confirmed both nerves and maculae were healthy. However, I did note an atypical shadowed area superior to her left optic disc.

I performed UWF imaging and was shocked by what I found. An asymptomatic horseshoe tear with a large macula on retinal detachment. (Image 2)

If I did not have access to the Optomap, having seen this suspicious shadow, I would like to have dilated this patient. However, this may have been met with opposition as the patient was asymptomatic, had driven to the appointment, and was keen to rush home to prepare for her trip the next day. The availability of UWF imaging allowed for an efficient diagnosis and enabled the patient to recognise the severity of her condition. So much so that she quickly grasped the need to put off her trip to a family wedding in Canada and have an urgent, sight-saving procedure.

Experiences like this have led me to use UWF imaging as part of any routine consultation. I feel it is the best screening tool we, as optometrists, can use to detect and document retinal pathology. I am not a supporter of using an OCT on every patient, but do feel that it provides an effective follow-up tool for monitoring at risk groups and determining when a patient requires referral to a specialist. As an entry point to not only ophthalmology but the Australian health care system, I feel it is the role of optometrists to comprehensively assess the retina. If we don’t look, it is possible visually and even systemically relevant issues will go unchecked.

Chris Pooley B.Sc (vis) B.Optom (Hons) is an optometrist at Peter Hewett Optometrist in Mosman, Sydney and a foundation member of Young Optometrists. He is a therapeutically trained optometrist with a particular interest in promoting eye health through educating at risk patients and using imaging devices to allow for early diagnosis and intervention. Chris also has expertise in contact lens fitting including orthokeratology.