Setting the Trends at Mido 2015 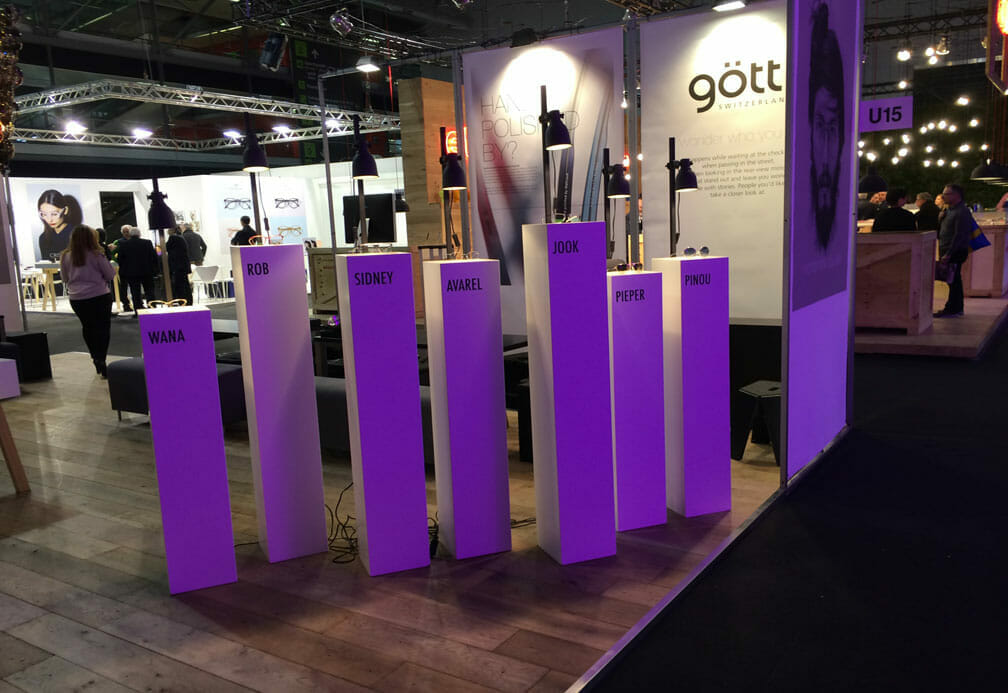 Eyewear is moving into a post-vintage era with angular, sharp, volumous and textured frames the stand outs at the 45th Mido in Milan in early March.

Milan is renowned for being the centre of European fashion and so it makes sense that this year the design lab and trend section at Mido were the absolute highlights with a cage at the end of the design hall showcasing the most interesting up and coming labels in the ‘Lab Academy’.

Niloca designer Colin Redmond was at the show looking for new eyewear to stock in his Melbourne optical practice Scoogle. “My purpose at Mido was to look for something new and fresh, but in high quality,” he told me. “The frame within a frame concept (developed by Niloca and Theo three years ago) has been embraced by a number of companies – like Bob Sdrunk – while other movements of note were towards flat lenses and flat frames by the likes of JPlus and 8000 Eyewear.”

“Wooden frames weren’t the flavour of the month, with horn filling the void by labels like Rigard… However most exciting for me, from an emerging trend perspective, was texture – in particular rust. Koboraum and Rigard started this trend about three years ago and it’s now taking a firmer foothold. JRebl had a great interpretation – they mixed rust with a dash of Steampunk.”

Jacque Katsieris from ProOptics was at Mido and she also noticed the rust theme creeping through. “There was definitely a lot of grunge in the design halls, however at the other end of the spectrum there was plenty of glitter – and even a Barbie party – really, anything goes!,” she said.

The toy theme captured Colin’s attention. “There is this ‘cartoon’ or comic effect coming in as trend – a graphic of weird child-like innocence plastered on the sides of some frames. One company had their frames sold in toy boxes, like you’d buy a Barbie or toy car… I’m not sure where that style treatment will go. It will be interesting to see it meet the Rigard treatment,” said Colin.

As far as colours go, there was no clear direction. “Tortoise is finally on the way out. If anything I would say a milky pallet of soft pastels and rich earthy colours is coming through – for example, opaque tan, pink and lime colours,” said Colin. “This was usually offset by a rich red or strong earth colour. The style treatment EVERYONE and their dog was doing was a thing Theo did about seven years ago – where they would cut the acetate and insert a square coloured section. This concept seems to be everywhere now. Lots of people splitting frames, inserting a colour block, then melding it back together. It was quite a difficult technique a few years ago, but easy to find.”

One label that caught Jacque’s eye was by legendary designer Blake Kuwahara. “Blake isn’t new to the world of design, having worked in some of the most well-known eyewear companies for many years. His latest frames are taking the term double laminate to a new level – he makes a hand cut acetate frame, finishes it off then adds a new, bigger frame in a crystal over the top. The effect is quite brilliant, very bold and definitely not for everyone, but an amazingly well thought out concept.”

A brand with designs Jacque said would suit everyone was the Danish eyewear company Fleye, “divine and so well designed, stylish but everyone can wear it”.

The vibe at Mido 2015 was electric with plenty of business taking place as designers met buyers from around the world, and hospitality galore. “There was lollipop making at Theo, cupcakes at Andy Wolfe, mojitoes at Orgreen and Danish waffles at the Dutch eyewear company Yous,” said Jacque… “plus a million other goodies in between.”

Despite reports from the organisers that Mido had expanded its floor space by 10 per cent and booked in 150 more exhibitors, Colin said the exhibition space felt a little smaller. “I believe a lot of local people pulled out and many European brands were not showing, triggered by an increase in optical shows in Europe. So as a result there were less brands and less of an international flavour.”